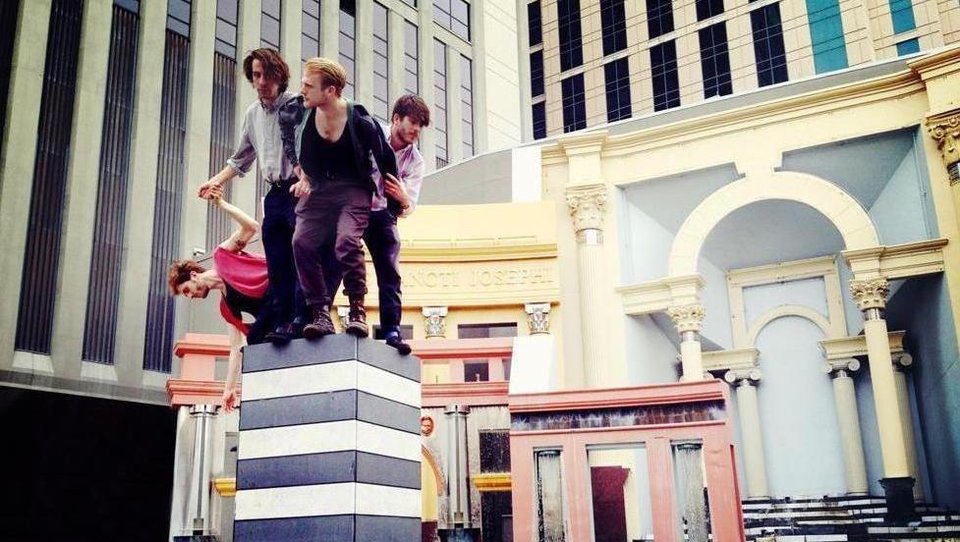 London outfit Fiction’s first feature length album is a long time coming. Three years after initial 7” release Curiosity, the band is back with The Big Other.

Capitalising on the current 80’s resurgence, thanks to a rush of intelligent throwback movie soundtracks to permeate the gloomy days of auto tune, the debut album sees a blissful mix of calming indie pop guitar sounds and achingly cool offbeat vocals.

Influence in the form of Talking Heads is evident as the collective take the art of easy listening to another level. Relaxed guitar riffs, soft synthesisers and dreamily catchy chorus lines add to a feeling of floating contentedly downstream as the songs weave in and out of consciousness.

Parting Gesture provides the perfect introduction, setting the scene whilst sounding mildly mock epic and, initially, like an oddly played down version of Westlife’s reincarnation of I Have A Dream; please don’t let this put you off.

Careful and Museum both bob along steadily with infectious optimism at their core; the latter of which especially evoking the high pitched plucky guitar trademark of Vampire Weekend, lending the track a welcome touch of Summer.

Single-worthy Big Things marks a breakthrough for the five-piece, sounding strong enough to cross borders into commercial territory. In danger of appealing to Morrissey devotees, this is modern enough to attract a younger fan base.

The instrumental on See Me Walk could easily be confused with a classic Haim creation, and if the all girl group were to mate with The Smiths and produce a musical lovechild, only for it to be raised by Spandau Ballet on a cocktail of Hot Chip and Pixies, the result would probably sound something similar to this. Be Clear also features these effective punchy bursts of sound that really add to the overall fine frugal feel.

In an austere age of the popular vintage rebirth, where patching up and re-styling is preferred, Fiction have made full use of this technique on this album, and the happy mixture of quietly awkward indie pop will do well, we think.

Advertisement. Scroll to continue reading.
In this article:Album review, Fiction band, Music, The Big Other