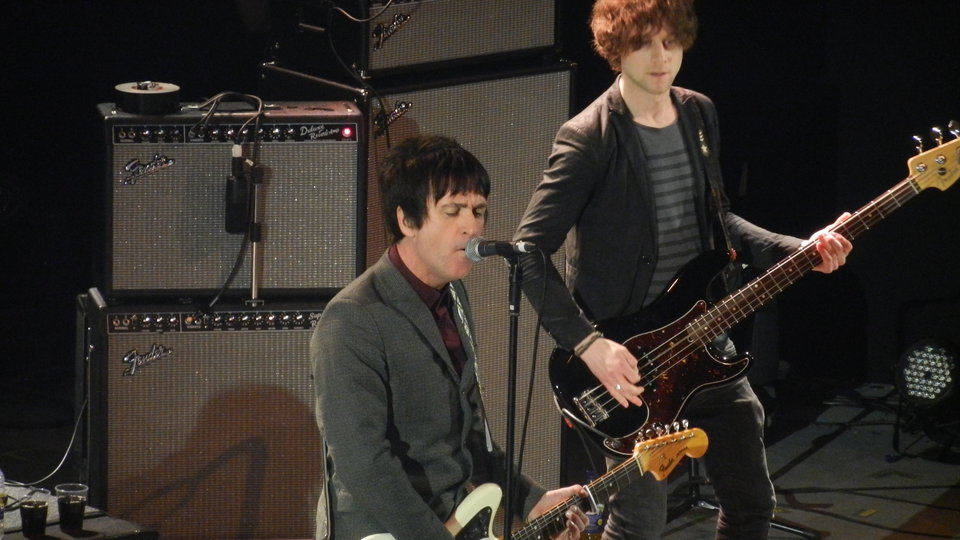 NME Awards were back for another year to present artists with their coveted awards. This year the event took place in its new home The Troxy. We were there too and this is what happened.

The Troxy was packed with the nominees/winners, press and fans on Wednesday night for an evening filled with rock music and funny moments. Russell Kane was hosting and made sure guests were enjoying the night by cracking a few jokes that were quite often at his own expense. It seemed at times like Kane didn’t particularly enjoy the night but his cynicism made his delivery the more hilarious.

Of course the night was about the winners and celebrating their achievements but also about the music. Biffy Clyro who picked up the award for best band opened the night with a rendition of The Captain, which set the tone for the night. Yes indeed the big winners on Wednesday were mainly rock artists as you’d expect from the NME but also Florence & The Machine who scooped more than one including best solo artist and best dance anthem alongside Calvin Harris.

The night was pretty pleasant with music from Foals who completely blew our minds with their big sound and beautiful dreamy melodies. The band also picked up the award for best track for their song Inhaler. Also playing that night was the legend that is Paul Weller who performed with Miles Kane. The two looked like two peas in a pot with their supercool suits and rock star juice. The Cribs who picked up the award for outstanding contribution to music were emotional and looked as eccentric as ever they also performed and boy did we love their electric sound. The Cribs certainly are one of those bands best enjoyed live.

Ronnie Woods picked up the Rolling Stones awards for best film and best live band but the night was all about honoring one man, Johnny Marr, who was awarded the god-like genius award.

It was indeed well merited and in true NME style Marr closed the show with a set of old and new songs. We particularly loved The Clash’s I Fought The Law, which everyone was singing and dancing along to.

Yes it was a fine night indeed with some spectacular artists and even better music. The awards are voted by fans which you can find a full list for here.

In this article:Johnny Marr, NME Awards 2013