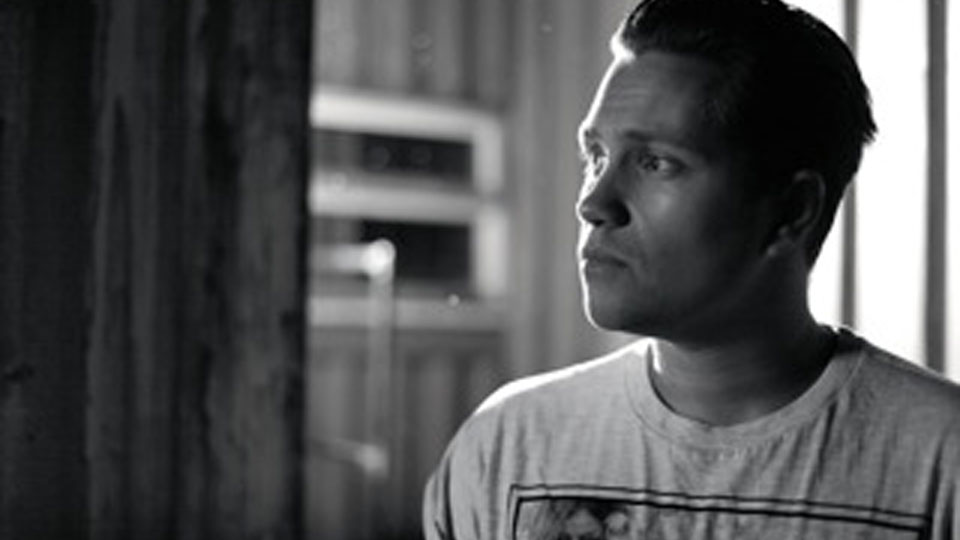 Rising singer-songwriter Alex Adams is someone to keep an eye on over the course of 2013. Currently picking up buzz online the talented unsigned artist is looking likely to be snapped up by a label soon. Last Friday he released a free download of his track Lola and celebrated the occasion with an intimate gig at Water Rats in King’s Cross, London. We went along to see if Alex can cut it live.

Taking to the stage around 9.40pm, Alex opened his 7 song set with the moody yearning of Control. The minute his vocal begins you know you’re listening to someone that is unlike any other artist currently in the charts. The pitch of his vocal is higher than you expect backed with soul and emotion. As he moves from his mid-range to belt on the chorus his vocal quivers with passion.

Over the course of the set Alex showcased who he is as an artist displaying impressive cohesion and consistency with his songs. Unlike many other artists he know who he wants to be and isn’t concerned with trying to cater to every possible audience. Bad Blood is an 80s influenced number that recalls Michael Jackson during his peak whilst Scared to Run mixes Portishead-like beats with a goose-bump inducing vocal.

The highlight of the set, and indeed the song many came to see, was free download single Lola. The song is a bouncy number with an explosive chorus that sees Alex’s voice soar as he almost chants the title of the song.

The set finished with a cover of Magnetic Man’s I Need Air. The song served to make a lasting impression on the audience ensuring that as we left the venue we’d remember who Alex Adams was. It worked and his soulful rendition of the song is a bold reinterpretation of the original club track.

Alex Adams impressed us at the Water Rats. As a live performer he’s confident, capable and captivating. He can recreate the vocals you hear on his records and you can tell from watching him that he loves what he does. We reckon he’s going places so keep your eyes locked on him over the course of this year.

Alex Adams ready to step into the spotlight