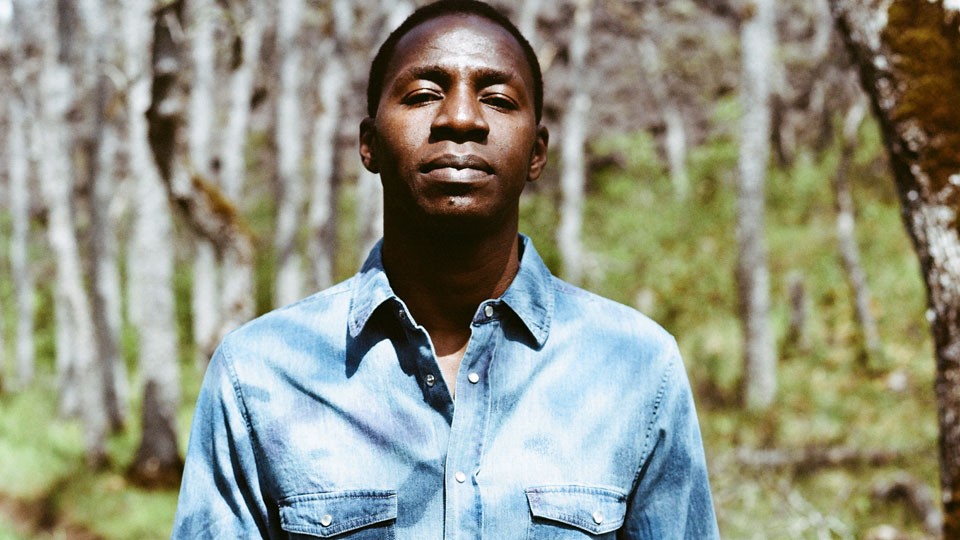 In the mind 90’s, pop duo Lighthouse Family enjoyed global success with their music, thanks to their gorgeous songs, such as Ocean Drive, High and Lifted.

They remained in the pubic eye until around 2003. In 2004, lead singer Tunde Baiyewu launched a solo career, with the release of his debut album, simply titled Tunde. It’s been over eight years since that record came out, so we are eagerly awaiting his next release!

Diamond In A Rock is his second solo album and it will be launched on March 4th. We caught up with Tunde to have a chat about where his musical journey started for him, through to his latest release and what his current album is about.

Tunde, hello – nice to meet you! How are you?

Helllo, nice to meet you! I’m very well, thank you! Everything is all good, I’ve just had a few interviews today and getting to meet new people all the time, it’s cool !

Can we start from the very beginning, is it true that you stumbled upon a career in music by accident?

Ha-ha, yes that’s true! I was in college up in Newcastle and some of my friends were DJ’s and some were studying music technology. Part of the deal was that they had to create a project and to produce a few songs. One day, they asked me to sing a song for them, which was just fun for me, I enjoyed it and I didn’t really think any more of it. Those projects turned out to be so nice, that they decided to send them out to record companies, without me knowing and that’s how it all started!

Did you know that you could really sing before that point?

Well, I guess that I first started singing as a child in a choir in church and I used to sing a lot of hymns. My mother put me there as I was a bit of a rascal.! I used to sing in the shower – much like everybody else does, but it wasn’t really my intention to get involved in the music industry. I always loved music and I was always buying vinyls, every week I’d be out there buying some new music. When I met Paul and I sang Ocean Drive for him, he thought that yeah, this is really good and what happened was, that these record companies heard my voice and thought it was something special. That’s how we started.

You speak Yoruba, which is a language that is native to Nigeria. At what age did you start speaking it?

Well, I remember that when I moved to Nigeria, from London when I was four years old and I was put into a nursery and everything was new and strange to me. I would get home and people would be speaking this new language. I cannot tell you at which point that I understood it, all I know is that now, I speak it fluently!

Is Yoruba quite a musical language, such as Ghanian?

Yoruba can be a musical language, yes. In terms of the language, without me knowing it, it’s a part of the way I sing. The African languages are sounds that I love to listen to. In church, there were some songs that were translated to Yoruba and I used to be fascinated by them. They used to make me feel happy and the songs were very beautiful. It’s not until you grow up as an adult that you surround yourself with the songs that you listened to, whilst you were growing up, that you attach so much nostalgia to them. It’s like when you hear a song that reminds you of a certain time and place in your life, when you hear that certain song, it takes you back to that point and it’s very special.

When you were in your teens, your mother re-married a man who was a household name in Nigeria, how did that impact your life at the time?

Ooh, good question! It’s one of those things, that I never really talk much about to people! There were times when he was head of state and he would come and visit and obviously if you have the president come to your house, he comes with a whole entourage! Pretty much the whole street would get shut down, which is a bit odd when you think about it, especially for a twelve year old to take in. It was a very big deal!

Where did they meet?

I don’t know exactly, but as kids, there was always a connection there. Nigeria is a big place, but like for instance if you live in Brixton and you grow up in Brixton – and you grow up and see the same people around, it’s like a community connection, so I think a lot of it came from there. I remember when we would go to visit him, to a place in Nigeria which is the equivalent of the White House it was kind of weird. (You have to remember that I was very young, I was only a kid. I came back to the UK when I was about seventeen.) I’d go there with my sister and we’d have to go through all of these military check-points before you got to the point where he was. He was always very warm and he was a gentleman, he was very fatherly towards us.

You’ve got a new album out soon, called Diamond In A Rock. Tell us what the album is about, maybe a little about what can we expect from it and what you have been writing about?

I’ve been writing about life and love. The title of the album is Diamond In A Rock. That title is my way of looking at life. We all know that life can be hard, it can be a bit of a rock at times, when it seems like there’s one problem after another. If it’s not the economic crisis, it’s horse meat in beef burgers! There’s always something that life throws in your way. If you look at these problems closely enough, what first might present itself as a problem, if you focus on it, you realise that it might have some worth and have something of value buried in it. That’s the theme of the album. I’ve been working on the album for about three years now.

You recorded the album in Portland, which we keep hearing is ‘the new Nashville’, do you think that’s true?

Yes, it is true! It rains all the time – like here (we are sitting in a cafe near London’s Regents Park and Tunde points out of the window, where it is raining!) and it’s like living in a green house! There are loads of young, indie-types there. There are a lot of people with long hair and beards and a lot of artists about. When I say artists, it’s not just music. It’s everyone from painters, to furniture designers, there’s a wealth of creative people there. It’s a little secret that not a lot of people know about. It’s not a glamorous place as such, it’s very down-to-earth, especially when you think of places such as LA, which is only about an hour and a half away – which is such a contrast to Portland. The music community and creative talent all bond together. There are rappers and indie artists, they’re all there. When I was in Portland, there was a lot of well known people there (who I don’t want to mention) who were always playing gigs on a weekly basis. It’s a really cool place to go for music and creativity.

What part of making an album do you enjoy the most?

I love the recording process, I find that to be a lot of fun. The way we did it on this record was like this: here are the songs and here are the chords, but I want you to interpret it in your own way. The creative process was evolving all the time, as we were recording it. We’d run through songs and play them live and go over and over them, then when everyone was familiar with it – we’d record the song. The record sounds very organic and real and I really enjoyed that process. The beauty of that was that you learnt the song and knew it. By the time it came to recording it on the album, there was still something on there that was new and fresh. I think if you can be surprised, you can bet that people who listen to the song for the first time can also be surprised by it!

Reports from the album say that it’s more soulful and the most personal record that you’ve ever made. Do you think that that is a right reflection of the album?

Yes, I think so. Records made in the past were kind of the dictation of a major record label and also of being in a band. I think when you’re in that situation, you have to please so many people and there are so many people in control, that you have to compromise certain aspects here and there, not too much – but you do have to make some compromises. I think that on this record, it was just made the way that I always wanted to make the record – everyone was free to express themselves. We’ve got a few guitars on there and some country songs, but the overall vibe is very soulful. It’s quite an eclectic sound and I feel that I have a lot more artistic freedom now. It was nice to be away from the record label and management whilst I was in Portland and away from people who were telling you what to do.

Lyrically, how do you feel you have progressed with this album?

Musically, the songs have a happy vibe about them though ….

They do, yes. So I think lyrically on this album, there are still some elements of that, as that’s who I am, but I’ve been able to express myself more honestly on this album.

Will there be a lot of live dates to coincide with the album release?

There will be – although we haven’t finalised plans as yet. I love going out there and performing the shows and meeting the fans too. It’s always nice to meet the fans at the live shows that I do. It’s always nice to hear what people have to say about the music, we hear a lot of nice stories and a lot of interesting things. Sometimes you get people coming up to you and saying what that song means to them and it’s wonderful and I love having that feedback. Although sometimes I might just be crossing the street and someone will shout out: ‘oi, Lighthouse, when’s the next record coming out?’ Ha-Ha!

What music are you listening to at the moment?

Whilst making this record and before it, I consciously kept away from all other music. That was so that nobody’s music can have an influence on mine! The last thing I would want would be to be in the studio humming a song thinking that it was a catchy hook – then realising it’s because I heard it subconsciously somewhere on the radio a few weeks before that! So I haven’t been listening too much lately. I really love Adele though and I love her voice!

Tunde’s album ‘Diamond In A Rock’ is released on Monday 4th March.