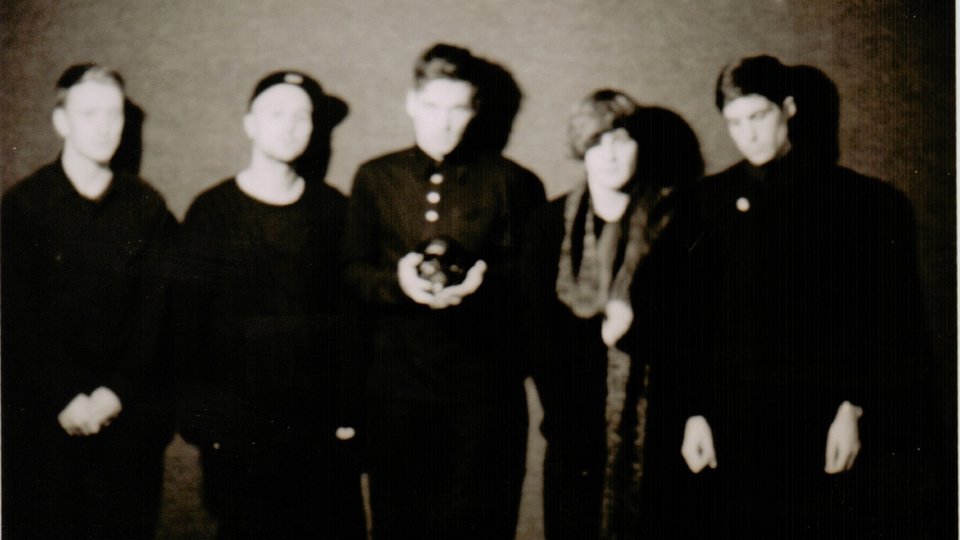 The Vestals are a new band, hailing from Newport in South Wales. Will they be one of those bands who hang around for years, to match the likes of the mighty Stereophonics, Super Furry Animals and the Manic Street Preachers? Only time will tell.

We think that the double-singles that they offer us, display a great deal of confidence for a debut release. The Vestals are a band who are currently hitting the live circuit scene as often as they can, where they continue to pick up fans as they play more and more dates. The band say: “In a time when we know everything about everyone, we believe that a little mystery is a good thing”. We tend to agree with them. With their songs, we feel as though they have achieved their aim: of creating big pop songs, with guitars.

They have three guitars to be precise and these instruments combine and sound great on the lead record Perfect Pain. The music draws heavily upon their influences of bands such as The Cure and Echo & The Bunnymen. The strange thing is, that they don’t sing with a Welsh lilt, but sound more like an American band mixed in with vocals which remind us a bit of Brian Molko from Placebo. We weren’t expecting this sound from them, but it’s a sound that we like. It’s a pretty catchy tune and whilst it might not be instantly memorable, after a few plays it gets more and more enjoyable and we really like it! We always welcome guitar bands, as there really aren’t enough of them about at the moment, particularly ones that make decent songs and who regularly dent the top ten and we’d like to see a lot more of them!

They conjoin the song with the symphonic surge of Seventeen. We could see these songs going down a treat in a festival in the summer, where we’re holding that cup of cider high up in the air and singing their songs with your mates, whilst having a group hug in the hot summer sun! It’s that kind of indie-poppy number that everyone will most likely enjoy. The two songs go together well, and although they are not too distinct from each other, we feel as though they’re a great introduction to the band. We are looking forward to listening to their future offerings. A lot of people are talking about this band, for all the right reasons.

In this article:The Vestals