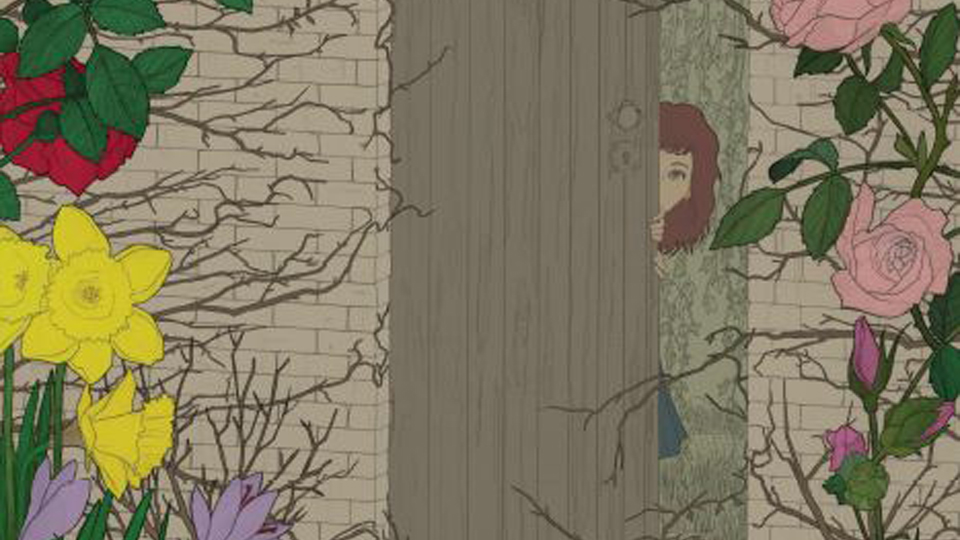 Shows housed at King’s Head Theatre in London’s Highbury and Islington have a reputation for being of generally above average quality; more often that not, they’re modest triumphs. However, they also have a reputation for offsetting their success by always cramming too many cast members onto a too-small stage. All of the aforementioned is true of this revival of the little-known musical based on the classic children’s story, The Secret Garden.

Albeit this a children’s story with heavily adult themes where very little happens; as such one might argue Frances Hodgson Burnett’s novel (and certainly the musical) are far from universally admired – and yet director Matthew Gould’s adaptation is highly watchable. It’s the story of the newly-orphaned Mary Lennox, a character who channels her pain by being unpleasant to all around her, making her somewhat difficult to sympathise with. Having spent her childhood living a life of luxury in India, she undergoes epic culture shock having crash-landed in the eerie Yorkshire manor of her uncle. Board and dumbfounded by the staff’s broad accents – which, in this case of this production, are occasionally caricatured – she soon becomes fixated with a locked garden in the manor’s grounds, and the sad story it has to tell about Mary’s now-deceased auntie.

It’s a sedate story that examines the concept of bereavement from umpteen angles – alas, not much room for fun and games, at least not until spring when the flowers in the garden begin to flourish. As such, I find the musical’s often overblown music and lyrics, however well performed and sung, an awkward fit: I guess I’m of the school of thought that The Secret Garden calls for straight acting rather than performing. Furthermore, while I’m inclined to compliment the powerful harmonising of the full chorus, if the price you pay is (almost) more people on stage than in audience – King’s Theatre really is tiny – it’s probably not worth it. Meanwhile, a small band share space with the actors, seemingly at the expense of staging in its entirety bar a bench and some faux-flowers, working tirelessly and admirably to provide the show’s soundtrack. But regrettably, they occasionally fidget during the show’s spoken segments. They’re only human, and it’s not as if they get any respite from the spotlight – but it’s distracting.

The show’s greatest strength lies in the talent of its two child stars, who consistently out-act their supposedly more accomplished castmates. Olivia Hallett is sublime as Mary Lennox, and shows no sign of stress at the dauntingly complex role she takes on. She gives Mary’s sourness an intelligent touch of comedy, making the little madam instantly more bearable. Meanwhile an angel-faced Tyler Fagan plays Colin Craven, a very ill little boy hidden away by his father (Mary’s uncle) for the sake of his health; heartbreakingly, he’s convinced death is imminent. Craven’s body language is tortured, his eyes are wide and glossy and his singing voice soft and hopeful: how he can comprehend and apply such profound emotions with such sophistication at his age is beyond me. When the two cousins form a forbidden friendship – counteracting moments of childish conflict with tenderness across a timescale of seconds; a dazzling display of precise and informed young acting – the show reaches its emotional apex. I also adored their scenes with Matthew Ronchetti, who plays the children’s confidant: salt of the earth handyman Dicken. The extremely handsome Ronchetti demonstrates the gentleness and restraint the source material calls for.

The production’s promotional materials emphasise the experience of the wider cast; while all were above average none particularly stood out for me, aside from one supporting character who left me with exceptionally mixed feelings, exuding warmth despite literally shouting lines and routinely overacting.

This production would’ve benefited from more imaginative staging (a production of Tennessee Williams’ Vieux Carré at the King’s Head last year ticked this box with style and flair), a larger and more adequately concealed band and – put simply – more space to play with. These observations are perhaps inevitable of 90% of productions battling limited resources – but the truth is, in this case, the King’s Head is simply too intimate a venue for a musical of this nature.