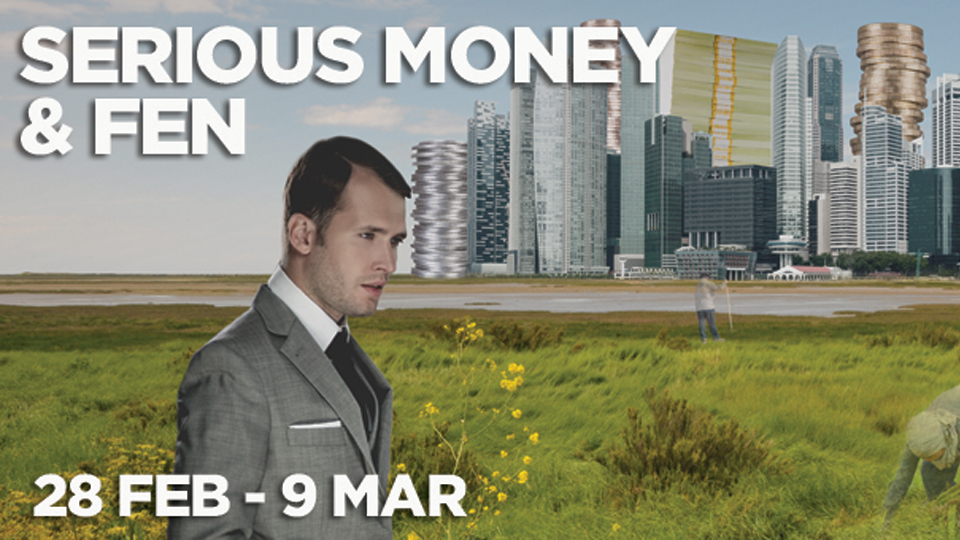 Curve will be staging two plays by Olivier Award-winning writer Caryl Churchill as part of its Spring 2013 season running from 28th February to 9th March.

Serious Money and Fen will both be performed by De Montfort University Leicester (DMU) students continuing a cultural partnership between the university and Curve that started in 2011.

Serious Money is set under the watch of a Tory government. Recession grips the country and the City is hurtling towards a catastrophic meltdown while bankers and traders strike deals that reduce nations to mere commodities. First produced in 1987, Serious Money represented a groundbreaking approach to the language of theatre, with its use of rhyming couplets and industry jargon. This timely revival is directed by Suba Das, Curve’s Associate Director, Community Engagement.

Fen is a love story, a ghost story, a story of the impact of multi-national agri-business on the local people of the English fens. Their fierce ancestors still haunt the land, while they labour as low-wage farm workers for the profit of foreign conglomerates. Fen is directed by Tim Ford, Curve’s Associate Director, Participation and Learning.

You can get tickets and more information at www.curveonline.co.uk