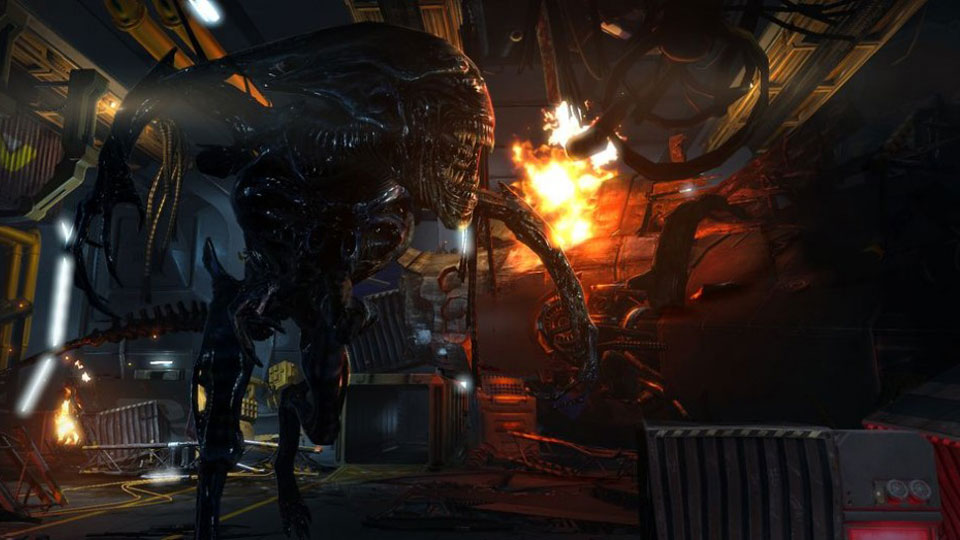 The Alien franchise has had its ups and downs over the years and most fans would say the series peaked with 1986 sequel Aliens. That film transformed the series from a pure horror to a sci-fi action thriller that has become a classic piece of film-making, and one of James Cameron’s finest moments. Aliens: Colonial Marines is the third Alien game from SEGA, and is being treated as a sequel to the Aliens film. Can it avoid the pitfalls that many licensed games fall into and be a truly great game in its own right?

Aliens: Colonial Marines puts you in the shoes of Corporal Christopher Winter. The first-person-shooter finds Winter as part of a search and rescue team sent to investigate the U.S.S. Sulaco in search of Ellen Ripley. The game’s story takes place after Aliens but somewhere around the events of Alien 3.

Initially the game feels like it’s going to be a winner. The environments feel familiar and impressive recreating the world of Aliens admirably. There’s a real thrill to exploring when you first begin the game but sadly that’s soon surpassed by clumsy gameplay and unintuitive alien enemies. Rather than flesh the game out as a rounded adventure with puzzles and a strong narrative, the game settles for being an average first-person-shooter.

One of the problems becomes pretty evident early on; the inability of the aliens you’re battling against. Every time you encounter aliens there isn’t much of a sense of challenge about defeating them. Often they move pretty slowly so you can take them out before they become much of a threat. If you simply can’t be bothered to shoot them you can easily manoeuvre past them and not bother shooting them at all. They only follow you to a limited extent and their behaviour is so clumsy they never pose much of a real threat.

If you play the game solo you’ll soon become frustrated with your AI companion too. He doesn’t really seem to help you at all instead hovering near you at all times, or running off and disappearing. This can be confusing at times as you normally expect an AI character to give you an indication of where you need to go if you do get stuck. Our AI friend was often found shooting at nothing or facing the wall.

The game is made easier by the fact you seemingly never run out of ammo. We didn’t have to hunt for ammo or guns once as we had an endless supply of both. It’s usual in a first-person-shooter to have to use your ammo carefully but not in this game. Shoot with abandon and ignore your partner’s pleas about how important it is not to miss. It really doesn’t matter as your ammo supply never runs out.

The actual campaign mode of the game is relatively short with around 5-6 hours of gameplay depending on how much you engage battling the aliens. If you just run past them, which is pretty easy, then you’ll cut the playing time down considerably.

The multi-player mode allows up to four players to work together through the campaign mode.  There’s also a variety of online options to extend the replay value of the game and give you additional value for money.

Visually the game isn’t anything to write home about. True the environments and the aliens look familiar, but the quality feels fairly low. The game feels more like a first-person-shooter of old than it does something that can seriously compete in the over-crowded games market of the 21st century. We’d say it was adequate but we expected a lot more.

Despite its promise Aliens: Colonial Marines proves to be nothing more than an underwhelming damp squib. The gameplay is so basic and the shooting so sloppy that there’s nothing to sink your teeth into. The game is missing the wow factor and whilst you can happily while your way through it, you’re more likely to get bored and play something better. Consider this one of the first real disappointments of the year.