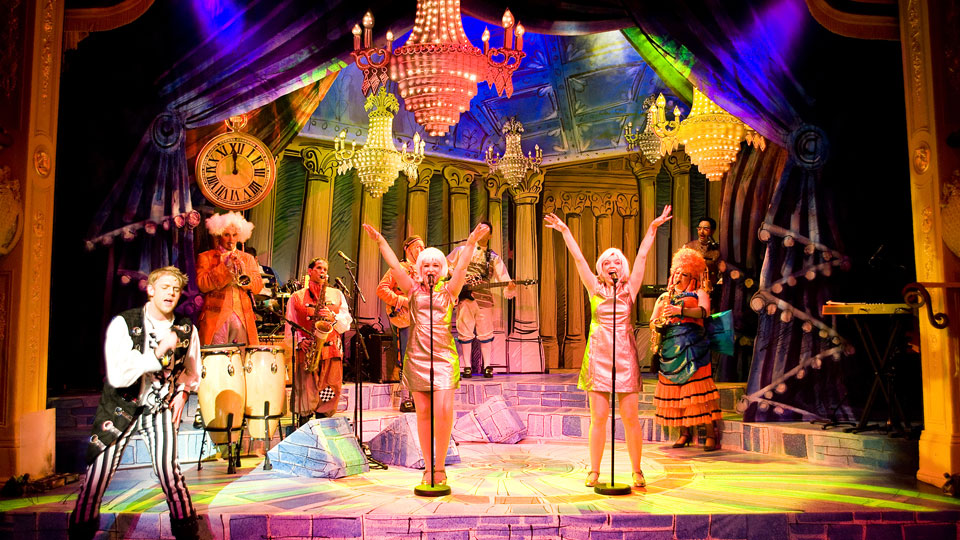 Leeds City Varieties is wasting no time by announcing that the 2013 Rock ‘n’ Roll Panto is on sale now.

Following last year’s hugely successful Cinderella the Rock ‘n’ Roll Panto, the venue has announced that this year Jack & the Beanstalk will get the famous rock ‘n’ roll treatment. The production has all the bearings of a traditional pantomime with the added bonus of live music played on stage.

“Our rock ‘n’ roll panto is incredibly popular with groups,” says Andy Kitching, Group Sales Officer at City Varieties. “We get lots of schools as well as groups of adults. It’s testament to the fact that it appeals to all ages.”

Jack & The Beanstalk the Rock ‘n’ Roll Panto is at City Varieties Music Hall from Saturday 30th November to Sunday 12th January 2013. You can get tickets by heading to www.cityvarieties.co.uk