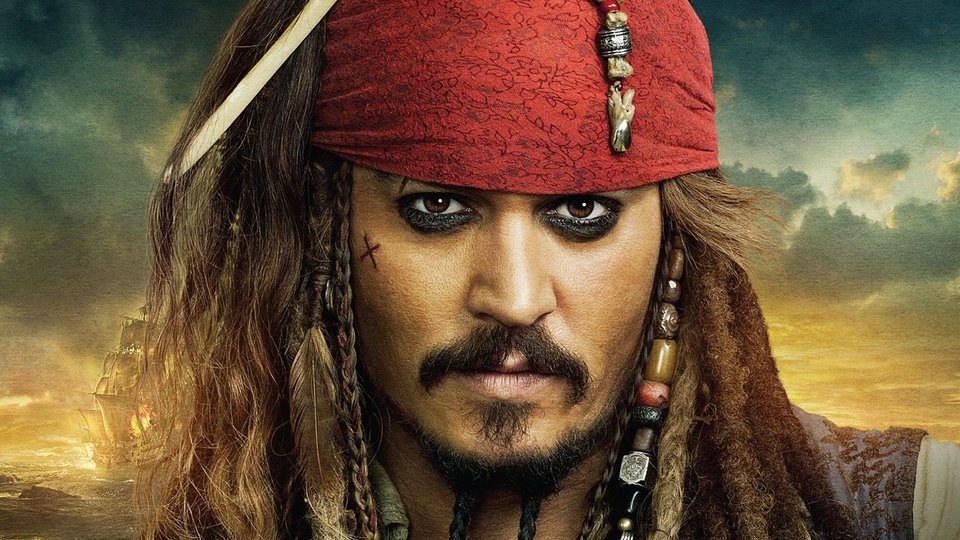 The votes are in and Lara Croft and Captain Jack Sparrow are Britain’s ideal Valentine’s Day fantasy movie companions – according to research commissioned by movie and TV streaming service Blinkbox.

According to the research findings, athletic action woman Lara Croft (Angelina Jolie) from Tomb Raider won the hearts of British men, scooping 21 per cent of the votes, with unlucky-in-love girl next door Bridget Jones (Renée Zellweger) from Bridget Jones Diary coming a surprise second with 18 per cent. Scarlett Johansson’s flame haired, leather-clad take on the Black Widow in Avenger’s Assemble also set a few pulses racing, with the super-spy placing third with 15 per cent of the votes.

British females opted for a more rugged look with the quick-witted Captain Jack Sparrow (Johnny Depp) from Pirates of the Caribbean sending hearts a flutter with 25 per cent of the votes and smooth-talking Danny Ocean (George Clooney) from Oceans 11 coming a close second with 21 per cent. Matt Damon’s undercover agent, Jason Bourne, from The Bourne Identity and Robert Pattinson’s brooding vampire, Edward Cullen, from the Twilight trilogy placed third and fourth, pipping popular ladies’ man Ryan Gosling to the post, who came in fifth for his portrayal of womaniser Jacob Palmer  in Crazy, Stupid, Love.

The research also revealed that Brits really do want love like in the movies, with nearly a quarter (22 per cent) stating that they plan to make a big romantic gesture towards their loved one this Valentine’s Day taking inspiration from a movie scene. And it seems 16 – 24 year olds are the most romantic, with 31 per cent wanting to express their feelings in this way.

Women voted for the moment dance heartthrob Patrick Swayze lifts up Jennifer Grey in Dirty Dancing as the romantic scene they’d most like their partner to re-enact for them, gaining 30% of the votes. This was followed by the ‘to me you are perfect scene’ from Love Actually (21 per cent), the moment when Richard Gere climbs the fire escape in Pretty Woman (17 per cent) and the iconic pottery scene between Patrick Swayze and Demi Moore in Ghost (16 per cent)

British males opted to go back to the 1970s with the moment Bo Derek jogs along the beach in her yellow bikini in 10 voted as the scene they’d most like their partner to re-enact for them (25 per cent). This was followed closely by the iconic and seductive shot of Mena Suvari covered in red rose petals from American Beauty (18 per cent) and the moment when Uma Thurman and John Travolta dance the twist in Pulp Fiction (16 per cent).

With the research revealing the nation’s penchant for movie-inspired romance, Blinkbox is playing Cupid this Valentine’s Day by creating the world’s first aphrodisiac popcorn to spice up the classic movie date night.

Lights, Popcorn, Action! is a heady combination of three powerful aphrodisiacs – ginseng, ginger and chocolate – and a limited edition sample run has been made in partnership with gourmet French popcorn company Cheeky Frog.

Blinkbox spokesman, Ben Ayers, comments: “Hollywood has given us some of the most iconic romantic moments and sexy characters in popular culture and it seems people want a slice of tinsel town romance in their own lives too.   Our saucy aphrodisiac popcorn is the perfect accompaniment when re-living your favourite movie moments and is guaranteed to make Valentine’s Day go off with a bang this year!”

Popcorn guru Antoine Gourdon from Cheeky Frog comments: “Studies have shown that ginger and Ginseng root are powerful aphrodisiacs. Ginseng has an earthy and bitter flavour to it which is perfectly offset by the spiciness of the ginger and the richness and creaminess of the chocolate.   Chocolate contains serotonin, a chemical that makes the brain happy, leading to affectionate behaviour, as well as phenylethylamine, a chemical associated with love.”

For Valentine’s Day entertainment new customers can deposit   just £1 and get £5 of credit free to enjoy the latest movies months before they become available on subscription services. Customers can pay for what they want to watch without being tied to a monthly subscription.

The full results are as follows:

The film character British women would most like as their Valentine’s Day companion:

The film character British men would most like as their Valentine’s Day companion:

The top movie scenes British women would like their partner to re-enact for Valentine’s Day:

The top movie scenes British men would like their partner to re-enact for Valentine’s Day: