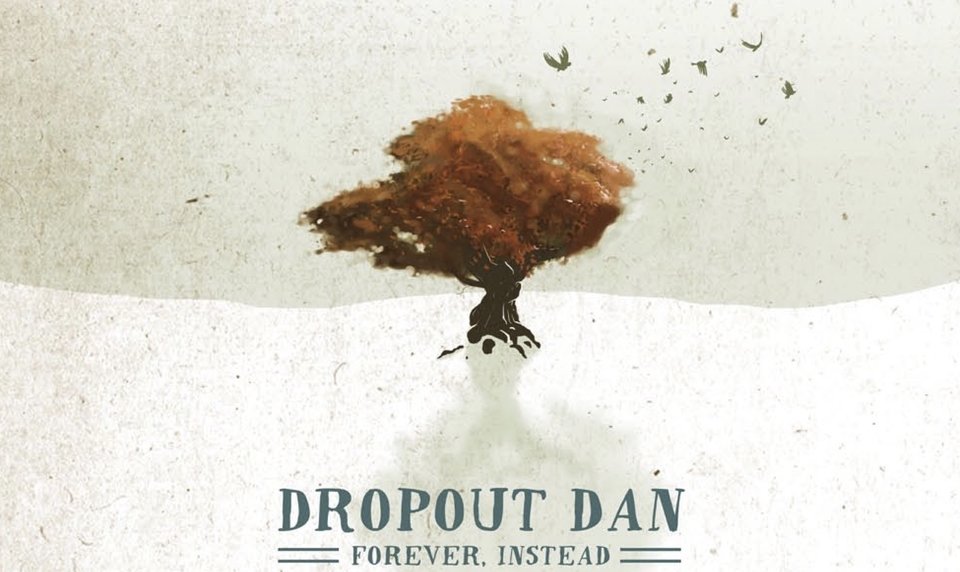 Forever Instead is the new EP to come from Dropout Dan. Hailed by some as a ‘master class in emotive story-telling’, the much hyped follow up to first outing Do You Remember sees the singer/songwriter making markedly more mature music.

Whilst tracks Puppy Fat and Sentimental belie the odd sharp flavour of Frank Turner, something Dan was routinely criticised for on his first EP, for this, we think he should be forgiven. To carve an entirely original sound, devoid of influences is virtually impossible today and this is hardly a cardinal sin.

Oh, Little Red proves an impressively strong introduction to Forever Instead, the haunting vocal melodies of which will instantly grab your attention. The relentless accompaniment of acoustic guitar fuses the track together beautifully. The same can be said for Dan’s frantic strumming on The Sound Of Faking, which compliments the generally aggressive tone of the track in apt accompaniment to the spitting of accusatory words.

Like The Stars is a catchy foray featuring lyrics and tones that soothe in places, before being violently at odds with itself in a schizophrenic like nature, portraying the contradictory ‘voices’ we are all subject to at times with chilling accuracy.

Having previously been accused of only copying those by which he was inspired, the youngster, real name Daniel O’Dell, finally appears to be well on the way to forging his very own signature style. This latest handful of heartfelt songs signals a real turning point for the musician.

Forever Instead is a worthy working example of an artist discovering his own musical path, falls and all; a journey of self-discovery that the listener is invited to join. The Cambridgeshire native finally seems to have found his musical footing.

In this article:Dropout Dan, EP review, Forever Instead, Music