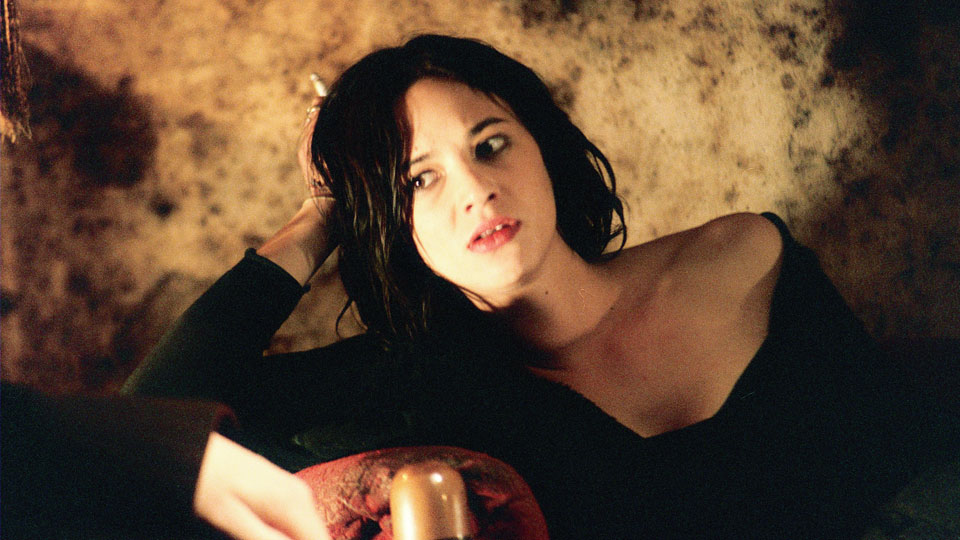 Zingarina (Asia Argento) travels to Transylvania with her friend Marie (Amira Casar) and guide Luminitsa (Alexandra Beaujard) to find her lover Milan (Marco Castoldi). Milan got her pregnant and left without saying a word leaving Zingarina confused and upset. When she finds him he rejects her and she leaves her friends in a state of emotional panic. Following a wandering girl, Zingarina soon meets Tchangalo (Birol Unel) and her life, and destiny, begins to change.

Transylvania was first released in 2006 and is a slice of surrealism courtesy of director Tony Gatlif. Telling the story of a woman driven to the edge of madness and back, the film moves along in an almost dream-like fashion going from one odd thing to the next. Not a great deal is particularly explained but at the same time not a great deal actually really happens.

Upon its initial release the film garnered much critical acclaim so we were surprised when we watched it and felt pretty much nothing at the end. We didn’t engage with the characters, we didn’t care how the story unfolded and dare we say we spaced in and out over its run-time. What we did see, and hear, is plenty of screaming courtesy of Asia Argento and a storyline that barely holds together for the film’s duration. The complete lack of character or story development gave us nothing to sink our teeth into and it took us a while to know what to say about this film.

We’ve definitely seen Asia Argento in much better movies than this and to be fair she does the best she can do. Most of the film she looks miserable and screams so she’s not required to do much more than that. Of the rest of the cast no one in particular stood out.

Extras on the disc include a making of and a Q&A with director Tony Gatlif and Amira Casar.

Unfortunately Transylvania just isn’t our cup of tea. The constant screaming of lead actress Asia Argento becomes very wearing, very quickly and we struggled to concentrate on what was going on. If the only way to explore madness is to have an actress screaming her lungs out every five minutes then we’d rather give it a miss. The film tries to be artsy and clever but we just found it self-indulgent and rather dull.