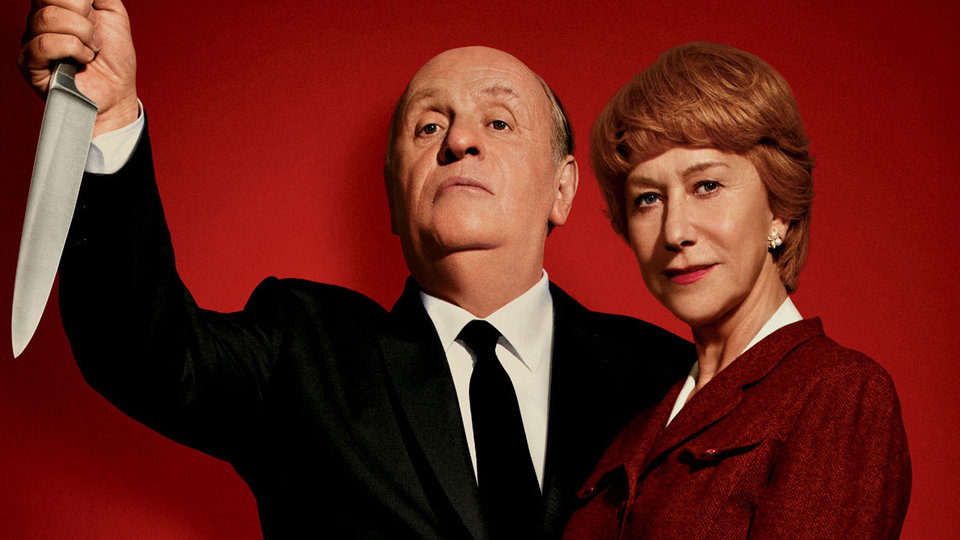 After a succession of hits, Alfred Hitchcock (Anthony Hopkins – The Wolfman) is having difficulty deciding on his next project. Captivated by the book Psycho, Hitchcock goes about pitching the idea to studios who all show reluctance to back him. So he decides to fund the movie himself, something that doesn’t sit well with his wife Alma (Helen Mirren – Red). But with Alma ‘s support Hitchcock begins filming Psycho, a movie whose very success could have huge ramifications on Hitchcock ‘s marriage, health and reputation.

Hitchcock has an entertaining story and certainly covers an era of cinema that produced some historically significant moments in modern Hollywood. The story of Psycho’s journey is a fascinating one and lends itself perfectly to big-screen interpretation however something isn’t quite right here.

Using Stephen Rebello’s book as its guide, Hitchcock is a snapshot into a particularly pivotal moment of his life. Whilst a bio-pic would have been more rewarding, the Psycho-saga just doesn’t feel like its done justice here. There are also mild deviations to the main story that distract more than enhance.

The performances are all good in Hitchcock with Anthony Hopkins doing a remarkable job (with the aid of prosthetics) to look the part of the rotund genius. Hopkins nails the dark humour surrounding Hitchcock’s personae too whilst always being entertaining.

Dame Helen Mirren does a wonderful job as Hitch’s long suffering wife Alma and frequently steals the film from Hopkins. They both share a great chemistry and she is at the centre of what works best here.

Elsewhere, there are stellar supporting turns from everyone. Scarlett Johansson is mesmerising as Janet Leigh but her tumultuous relationship with Hitch isn’t explored in its entirety. Then there’s Jessica Alba, Danny Huston and Toni Colette who all do their roles justice. James D’Arcy is the pick of the bunch as a brilliant Anthony Perkins but is criminally underused in the film.

So the actors aren’t the problem with Hitchcock and the true-life story surrounding Psycho is a fascinating one – so why doesn’t Hitchcock work quite as well as it should? That’s squarely down to the implementation of the saga. At times this feels like a TV movie and that’s a crying shame. Especially when The Girl, Toby Jones and Sienna Miller ‘s TV adaptation based around the making of The Birds felt more genuine.

There are too many distractions in the film too – the would-be affair between Alma and Whitfield just feels too convenient whilst the constant psych-babble between Hitchcock and his projection of serial killer Ed Gein is just pointless. We know Hitch had an obsession with the dark so speculating on his mindset just feels too sensational, especially when it manifests itself into dream-like conversations with the killer.

Hitchcock isn’t a bad film but the stylistic choices on plot and direction make this a glorified TV movie at best. It’s a shame because the cast are all excellent. Hitchcock may feature heavily at this years awards but when the dust settles, it’s just another over-sensationalised slice of Hollywood legend. The real story behind Psycho and Hitchcock’s blondes hold many more surprises – something that just isn’t explored properly here.