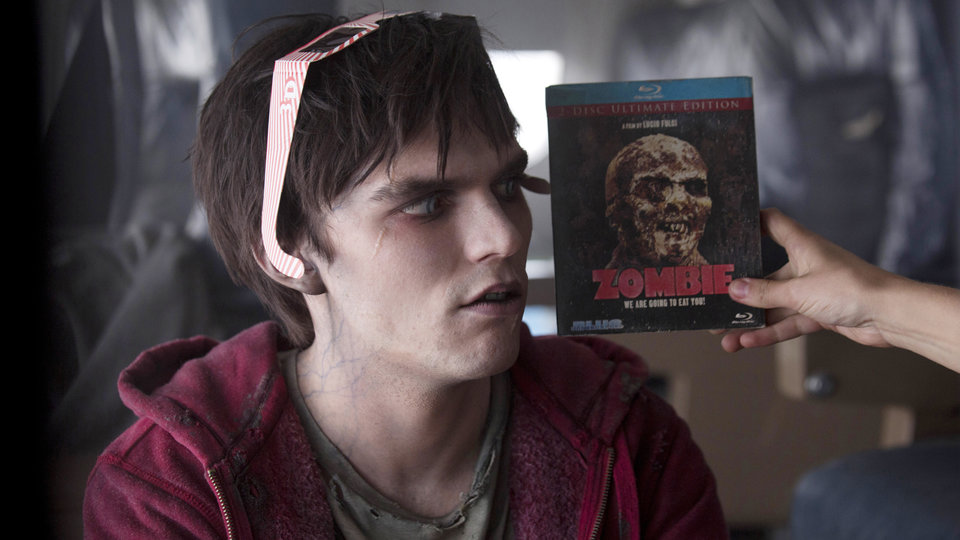 R (Nicholas Hoult – X-Men: First Class) is a zombie with feelings. He wishes things were different in the world and would like to feel alive again. Sadly his day revolves around looking for (human) food around the abandoned airport he lives in. Then one day he meets Julie (Teresa Palmer – I Am Number Four), a resistance fighter for the human race whom he takes a liking too. After saving her from a zombie attack the two get to know each other better and it’s not long before R starts to feel human again. Could their relationship spark a change that will affect all humans and zombies?

Warm Bodies is a clever and funny take on the zombie genre that manages to add humour and originality to a well-worn formula. Using Romeo and Juliet as a template and setting it against the backdrop of a global apocalypse is a risky move – thankfully director Jonathan Levine, who has screen-played Isaac Marion ‘s novel, has managed to make a genuine treat that’s equal parts sincere and exciting.

This would only work with two leads you can champion and Warm Bodies is blessed to have both Nicholas Hoult and Teresa Palmer on-board. Hoult is fast-proving to be the best character-actor of his generation and really impresses here. This is a very tough role to get right but Hoult nails it with a perfect balance of sweetness and soul. His narration is also excellent, especially when he’s trying to stay cool around Julie.

The gorgeous Teresa Palmer has been in quite a few films now and really deserves to be a bigger star. Consistently bring the best thing in everything she ‘s in, Palmer brings a strength and vulnerability to the role of Julie and shares a brilliant chemistry with Hoult. They bounce off one another to create one of this years best romantic partnerships – not bad considering one of them is playing a mono-syllabled zombie. Hopefully this will really kick-start her career after false dawns with The Sorcerer ‘s Apprentice, I Am Number Four and Take Me Home Tonight.

The supporting cast are all great with John Malkovich stealing his scenes as Julie’s hard-nosed father. Rob Corddry gets a very satisfying role as R’s best friend (the airport bar scene is excellent) whilst Dave Franco is always watchable in a small but pivotal role. Crazy Stupid Love’s Analeigh Tipton also does well as Julie’s best friend.

The main reason this all works so well is the tone of the movie. It gets the balance between humour and romance just right whilst enjoying itself with a witty and purposeful script that’s hard not to love. The narration is never overused either and always adds to the moment. Throw in a great 80’s soundtrack and a cracking montage scene where the girls decide to makeover R, and you have a genuine feel-good zombie-rom-com that hits all of its marks.

Warm Bodies is a gem of a film that manages to add something new to an established genre. With sharp comedy, great performances and a surprising amount of heart, Warm Bodies is one of 2013’s best surprises yet.