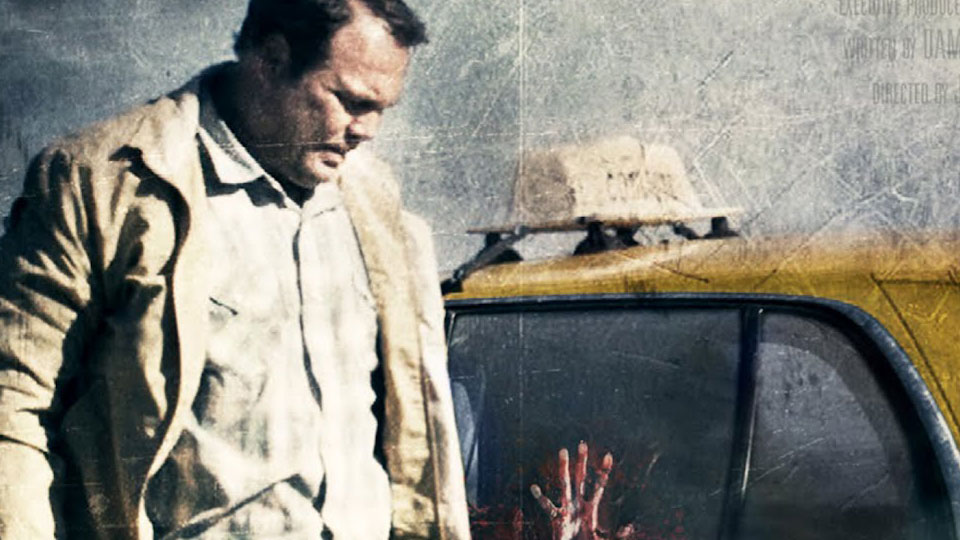 Tim (Eamon Farren) is kidnapped along with his mother Sarah (Julia Ormond) when he’s only 9 years old by serial killer taxi driver Bob (Vincent D’Onofrio). Taken to Bob’s secluded house, Tim is imprisoned after his mother is murdered and forced into help Bob cover up his spree of murders. As the year’s pass, the two get into a familiar routine with Bob using Tim to look after him. Chained to the wall, Tim hasn’t had freedom since he was kidnapped and Bob promises to unchain him if he sleeps with a girl and turns killer too. Will Tim manage to escape his captor or will he fall foul to the dark side that Bob is luring him to.

Jennifer Chambers Lynch’s new film Chained was one of the most anticipated films of Frightfest last year where it received its UK premiere. The film didn’t disappoint as it brought to life the dark and sinister story that its synopsis promised. The film opens with the disturbing kidnapping of Tim and his mother, both shocking and terrifying the audience in the process. The fear factor never lets up as Bob continues to bring women of all ages home to rape, torture and kill. There are so many disturbing moments in the film that it’s definitely not one for the faint-hearted and anyone who can’t tolerate the darker side of the horror genre should stay well clear.

Director Lynch injects her style into the film and the way she portrays and establishes the relationship between Tim and Bob is quite remarkable. Bob renames Tim to Rabbit early on in the film likening him to a caged animal. Lynch grows the relationship between the two making their interaction believable despite the horrific situation Rabbit finds himself in. She veers away from the gratuitous exploitation route that this film could easily have taken – and in the Q&A after she mentioned that the original script was more torture-porn than psychological suspense thriller. We think she made the right decision because the more subtle approach definitely struck more of a chord with us.

At the heart of Chained is two remarkable performances. Vincent D’Onofrio has made a name for himself playing oddball characters but he’s at his most terrifying here as Bob. He seems so ordinary yet at the same time is absolutely menacing. Much of Bob’s backstory comes out throughout the movie and D’Onofrio uses that material to scare the hell out of the audience. Eamon Farren on the other hand plays Rabbit/Tim in a very restrained and considered way. He reacts practically rather than emotionally to the situation he’s in. His interaction with D’Onofrio’s Bob is really powerful.

For its DVD release Chained is low on extras with only an alternate version of the one of the murders on offer.

Chained is by no means an easy watch but it’s a triumph of film-making. The subject matter will certainly not be to everyone’s taste but Lynch has created a movie that will affect you long after the final reel. In the hands of a less capable director this could easily have been a very different film but Lynch controls it putting the right emphasis in the right places. As much an exploration of unspoken love as it is an unpleasant musing on the sinister side of some people, Chained is a remarkable film that captivates, engages and emotionally moves you.