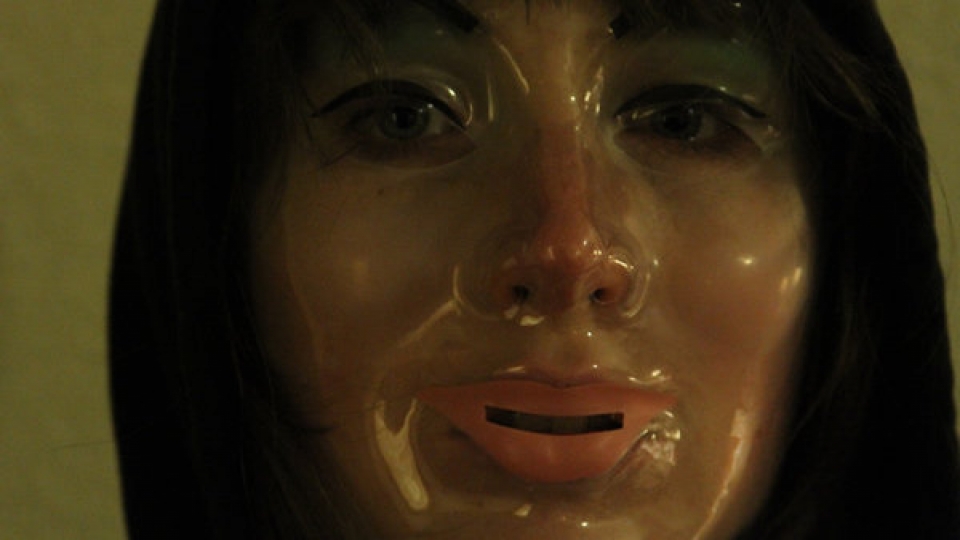 A group of scumbags are hired by an unknown man to break into a house and steal a VHS tape. Once they break in, they find the owner dead, a large collection of videos strewn across the house and numerous VHS recorders set-up. The vandals split up and search the property leaving one man to watch over the dead body. He decides to play one of the video tapes and so starts a descent into five very disturbing and unusual home movies that will have deadly repercussions for them all.

V/H/S is a horror with years of love thrown into it. The compendium of five deliciously dark tales is brilliantly put together by some of the brightest minds modern horror has to offer. The format may be familiar but V/H/S manages to add something new whilst astutely playing with the nostalgia associated with the medium of VHS recording. Be warned, this is shaky film-making on a whole new level so if you are affected by things like motion sickness don’t see this – it will leave your eyes battered and bruised.

We are first introduced to the connecting arc of V/H/S, titled Tape 56. Directed with anarchic frenzy by Adam Wingard, this wraparound tale focuses on the scumbags who are breaking into the house. From the first shot we are shown just how nasty these people are; men who vandalise and terrorize their local community just for kicks. From the get-go we know that these people are due their comeuppance so that makes the horror that ensues all the more satisfying from an audience perspective.

Wingard uses nice touches in the main story and his use of handy cam is effective (if overzealous at times). There are plenty of gasp moments too, mainly involving the background of a scene and the dimly-lit interiors add a nice sense of dread throughout.

The first VHS movie in the compendium is Amateur Night directed by David Bruckner. It’s a predictable but effective chiller about 3 dumb frat guys who are preparing for a drunken night of debauchery. Once they pick up some girls at the local nightclub it’s pretty clear where this is heading and whilst the outcome might be predictable, it’s still devilishly well executed. The finale in particular packs an unpredictable punch that contains the most over-the-top moment of the entire movie.

Next up is Second Honeymoon by The Innkeepers’ Ti West. This is a very well placed horror that relies on genuine, real-life terror rather than focusing on the supernatural. A couple are on a weekend break and stay the night in a motel. At night a mysterious girl appears at their motel door asking for a lift. They politely say no but her appearance alone causes the couple to feel very uncomfortable. It’s a genuinely unsettling story and makes you look at hotel rooms in a whole new way. It also has one of the film’s most shocking finales that I just didn’t see coming.

Round three and it’s Glenn McQuaid’s turn in the director’s chair for Tuesday The 17th, a knowing tribute to all things hack n’ slash that boasts some genuinely funny and scary moments – especially when the big evil is revealed. A group of college kids take a vacation and end up stranded in the woods where an urban legend is soon to revive. It’s a well directed segment that adopts an unmistakably modern vibe whilst gracefully bowing to the conventions of the slasher film.

The penultimate chapter of V/H/S is a very clever story involving Skype. The Sick Thing That Happened To Emily When She Was Younger is a brutally unforgiving tale of paranormal disturbance. When a young girl experiences unexplained bumps in the night, she Skype’s her boyfriend who studies out of town. Between them they investigate the disturbances and uncover a supernatural entity. This is a very effective scarefest from Joe Swanberg (who incidentally plays the male lead in Ti West’s story) that features a very unpredictable ending that evokes strong comparison to something Tales Of The Unexpected would deliver.

Finally, the collective of directors known as Radio Silence bring us 10/31/98 and rounds off this V/H/S compendium with genuine fright. A group of friends are heading out to a Halloween house party. Once there, they find the house abandoned and slowly start to witness ghostly sightings. Thinking it’s all just part of the Halloween fun, the guys play along until it becomes clear that this is not a game. 10/31/98 is a classic ghost story that really ends this nightmare on a high. Its use of scary images and a very disturbing set-piece in an attic makes for a quite brilliant finale.

V/H/S is a great horror compendium that happily sits as a true, modern-day genre classic. Whilst the found footage angle is certainly tried and tested, V/H/S brings something new to the table. The film hits almost all of its marks and has a very satisfying conclusion – something that is increasingly rare these days. Go see V/H/S and live out a nightmare that evokes the classic spirit of The Twilight Zone and The Outer Limits whilst never compromising on genuine, 18 rated scares.