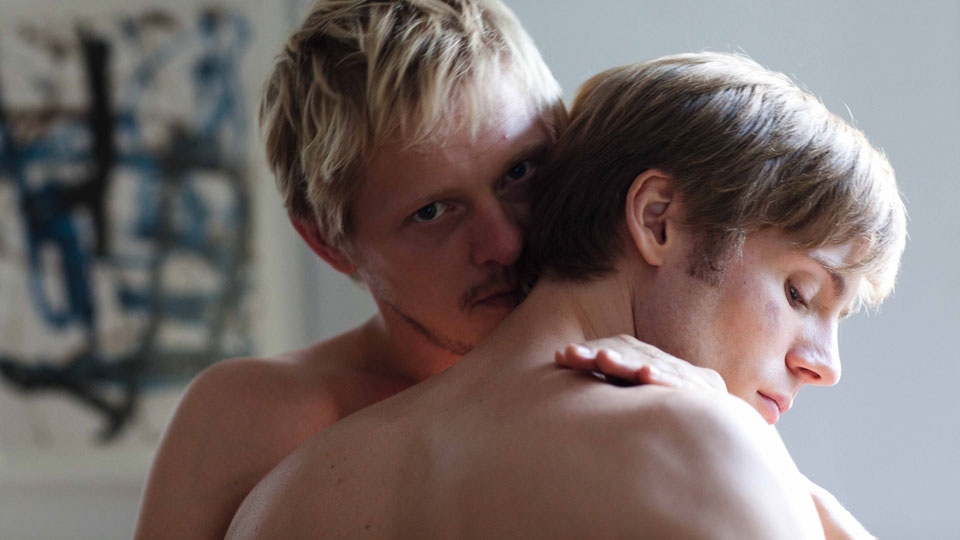 Film-maker Erik (Thure Lindhardt) falls into a relationship with closeted lawyer Paul (Zachary Booth) following a one-night stand. As the two exit the honeymoon period of their relationship the cracks start to show as drugs, alcohol, sex and arguments take over. As Erik tries to hold everything together, Paul begins to spiral and the relationship begins to fall to pieces. Can the two men resolve their issues whilst staying true to the people they both want to be?

Keep the Lights On is based on writer/director Ira Sachs’ own relationship with literary agent Bill Clegg. The film is an unflinching look at a gay relationship over a decade exposing the problems faced by two men both battling their own demons and issues. Erik is in Manhattan to film a documentary and spends his evenings having phone sex whilst Paul is in the closest and living with his girlfriend when the two men first meet. Once they decide to be a couple Erik continues to act on his sexual compulsions with other men and Paul descends into drug hell disappearing for days at a time.

Nothing about Keep the Lights On is particularly lightweight. The issues explored here are devastating as it’s clear the two men are in love with one another. Unfortunately neither of them understands how to behave in a relationship and despite glimmers of happiness there’s a sense of the inevitable throughout. One scene proves quite difficult to watch as Erick tries to convince Paul to return home only to find him having sex with another man whilst high on crack. The tender act of Erik holding Paul’s hand whilst he watches is heart-breaking but symbolises the hope that things will get better.

Upon its theatrical release the performance of Thure Lindhardt was heavily criticised with some critics suggesting he was very limited as an actor. We thought his performance here was magnificent. Yes at times he appeared distant but that’s the person that Erik is. He may live in reality but he’s navigating through the murky waters of unhappiness whilst trying to find happiness. He was every bit as good here as he was in the marvellous film Brotherhood. Zachary Booth, best-known for his role in Damages, puts in a stellar performance as the drug-addled Paul. He really brings out the vicious and nasty side of the character and you sympathise far less with him than you do with Erik.

Like Weekend gone horribly wrong, Keep the Lights On shows the ugly side of a relationship capturing how something seemingly so perfect can crumble spectacularly over time. Neither of the men is ready to undertake the relationship they do and their behaviour throughout the movie is both of them acting out against what they think they want. Keep the Lights On is tragic, heart-breaking and deeply moving. Anyone that tells you otherwise clearly doesn’t have a heart.