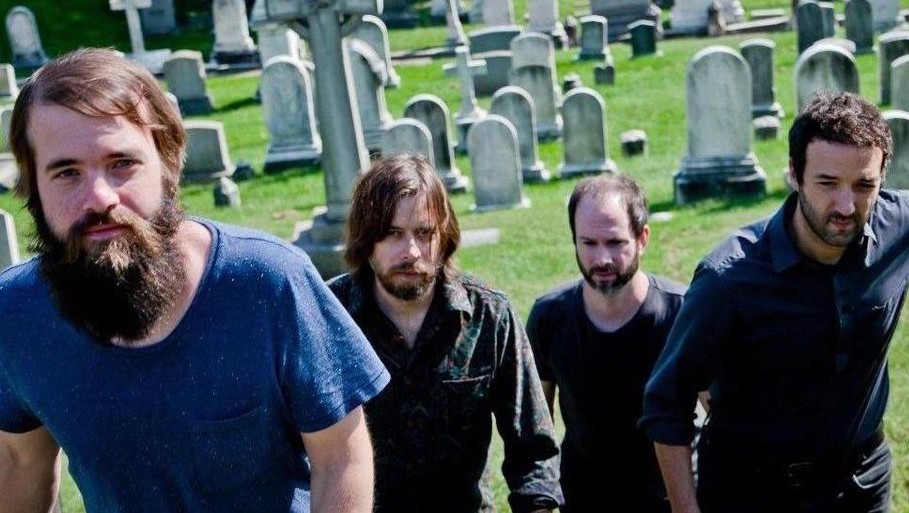 Baltimore’s Arbouretum weren’t out to seek fame instead they set out to perfect their craft. They’re new album is Coming Out Of The Fog, who’s promised to deliver more soaring vocals and guitar solos from the band. Here are our thoughts.

The album opens with The Long Night, which is a slow burner. Arbouretum ease you into this album blending their special brew of alternative rock. The Long Night delivers on sound and also on guitar riffs with a great guitar solo during the bridge. Renouncer is slightly edgier but the vocals keep things tame. The band balances the hardness of the music really well with the softness of the vocals. There is something a quite sixties about this track, which gives it a nostalgic feel.

The Promise becomes a favourite from the moment you hear its first guitar riffs. The track is big and ballsy and even throws in some psychedelic rock influences. Arbouretum make sure you don’t get bored by adding a good guitar solo, which resonates in your ears so brilliantly.

Ocean’s Don’t Sing tones things down a little with a really mellow vibe. The track looks at more traditional alt-rock and is a little bit of a power ballad. World Split Open is another heavier track on the album with a really big bass and soaring guitar riffs. Much like Soundgarden Arbouretum keep the music simple but effective.

Easter Island is the dark horse of the album with a different sound that’s more contemporary and influenced by more eccentric rock. It’s adventurous and fun to listen to.

Last on the album is the title track, which ends the album on a really mellow note.

Coming Out Of The Fog is a good album with some solid rock songs on it. Arbouretum definitely sound like they’ve been working hard in the studio, which reflects beautifully here. If you like soaring guitars and mellow rock this is a great album to have.

Advertisement. Scroll to continue reading.
In this article:Arbouretum