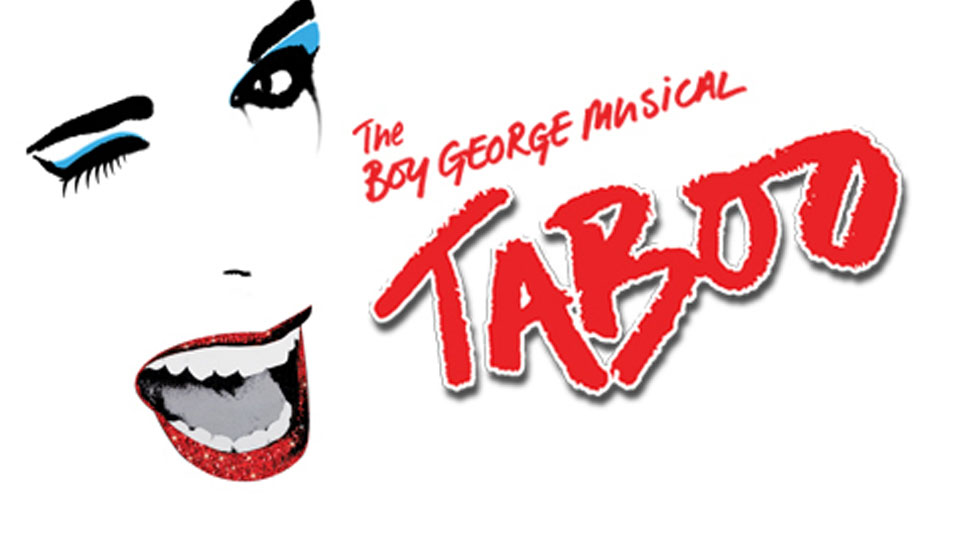 Taboo is a musical portrait of a remarkable era. By taking place in the Brixton Club House, the show goes some way to recreating the atmosphere of the real Taboo club, founded by Leigh Bowery, in 1985, which became a nightclub that symbolized the decadence of the time. As the Brixton Club House is such an intimate venue, with the audience seated just inches away from the front of the stage and bar, we feel as though we instantly become a part of this unique scene and this is a much better way to see the production, than simply on-stage in the West End, we are more involved here. The gloriously self-indulgent years, the lavish, creative and unique fashions of the time (we now know where Lady Gaga’s team have taken their inspiration from and they don’t look so original now), are played out against a backdrop of mass unemployment and social upheaval – a recession, (some things don’t change much, do they?). These generation of creatives were dubbed the “New Romantics” – leaders of a phenomenon which has left a lasting influence on both the face and fate of pop, fashion, social culture and on our identity during the ego-centric 1980’s London.

Taboo centres around an array of fabulous, talented, outrageous, creative and unique characters. The show begins with Billy. Billy is a young, impressionable man who is trying to find his feet – both with his sexuality and of pursuing his dream of becoming a successful photographer. For anyone who has ever left a small town to move to a large, bustling metropolis – meeting people from all over the world, who could not be any more different to you, or your background – you will all be able to identify and relate to this. Upon arriving in London, Billy encounters such high-profile and profound stars of the time, including George O’Dowd, Marilyn, Steve Strange and Leigh Bowery.

George O’Dowd becomes one of the most fascinating characters of the era, famously known to the public as Boy George, who is played by Paul Treacy. Paul Treacy strikes a remarkable and uncanny resemblance to Boy George – right down to his mannerisms and movements on stage, he gives a fantastic performance and he is the perfect person for this part. At times, you do have to do a double-take, as he is absolutely spot-on and you have to remind yourself – that he is just playing a character and that you have not actually been transported in a time-machine – back to the Taboo club and the 1980’s, much to our dismay.  We can only imagine the fun we would have had with them. When he sings ‘You always knew, didn’t you, mother?’, it tenderly pulls at our heart strings. They always just KNOW, don’t they? They know everything, call it ‘female intuition’, or a mother’s love.

Jordan-Luke Gage as Marilyn is a force that you can’t take your eyes off. Leigh Bowery – the brilliant, anarchic performance artist and designer is brought to the stage by Sam Buttery. During one scene, where he emerges through a hatch in the bar, sitting upon a chair, sporting an outlandish outfit, looking like a human Orville – a shockingly bright lime-green round, feathery number, he is outstanding and hilarious, without deliberately trying to be. He paints his face blue much like the performers of the Blue-Man Group, but his ears have a persona of their own, beaming in a canary-yellow hue. His ‘Ich Bin Kunst’ is amazingly funny. His pomp and character sadly fade as the story goes on and we witness his life being tragically cut short. Steve Strange is played by Owain Williams, who brings joy to the stage and much laughter. The story is not a wholly fictitious plot that explores all of the hopes and fears of the age, from squat and squalor, to living the rock ’n’ roll superstardom of excess and sad and lonely, drug binges.

Taboo also leaves you with the feeling that you become to know and see more than just what their public persona lets you see, but also of human nature and as to who they truly are ‘behind the mask’. “We all have feelings, we are all just human”. Whoever you love, whatever you chose to wear, whatever difficulties you go through – it’s OK, it’s allowed – “we are all human” and the show hits the message right on the head.

One of the stand-out moments (and there are many) is when the brilliant Laurence Olivier award-winning actor Paul Baker – as outrageous Punk groupie Philip Sallon – who as a waiter, works and interacts with the audience, by bringing out a tray of canapés/‘salmon fancies’ and tempts them into eating one. This is the laugh as hard as you can moment of the production, which has us creasing up and crying out-loud with laughter. His sharp one-liners, catty remarks and comebacks could teach many stand up comedians of today, as to how to deliver lines and how to make the audience cringe, laugh, squirm and bite your lips with his acid remarks, which he has totally control over. He has the audience in the palm of his hands and he is brilliant. Fish-jokes and sexual innuendo are fraught and we are betting that we won’t look at a fish finger in the same way again! His moving solo, during ‘Petrified’, reveals the pathos beneath his outlandish exterior and the reminder yet again, that “we are all human”.

Taboo will raise your spirits and make you laugh until your sides hurt. The costumes and make-up are fantastic and deserve a show of their own! The actors are superb and the casting director deserves a pat on the back – everyone completely fits into their roles, like a glove. Taboo hurls so many surprises at you, that you are left overwhelmed by the amount of work and dedication that the whole team has gone into, to getting everything so right. Taboo also brings to the forefront the not to be forgotten talent of Boy George. His songs are so well written and his lyrics have deep meaning and depth to them, something which is quite easy to forget, as the other aspects of him which make him so memorable – such as his strong character and personality, his outfits and his personal life – which are more enough to get people talking, anyway. It is quite simply, utterly brilliant and we completely take our hats off to it. Taboo is a tremendous production.

Can we get that time-machine working now, please? We’d quite like to go back there for a weekend, to experience what is was truly like. We want to hang out with that gang and dance to Karma Chameleon with them, with feathers in our hair, wearing colourful clothing, maybe we can pick something up from Brixton market and make it our own? OK, when reality strikes, this really isn’t going to happen, is it?  But we can always come back and see the show again, which we will.