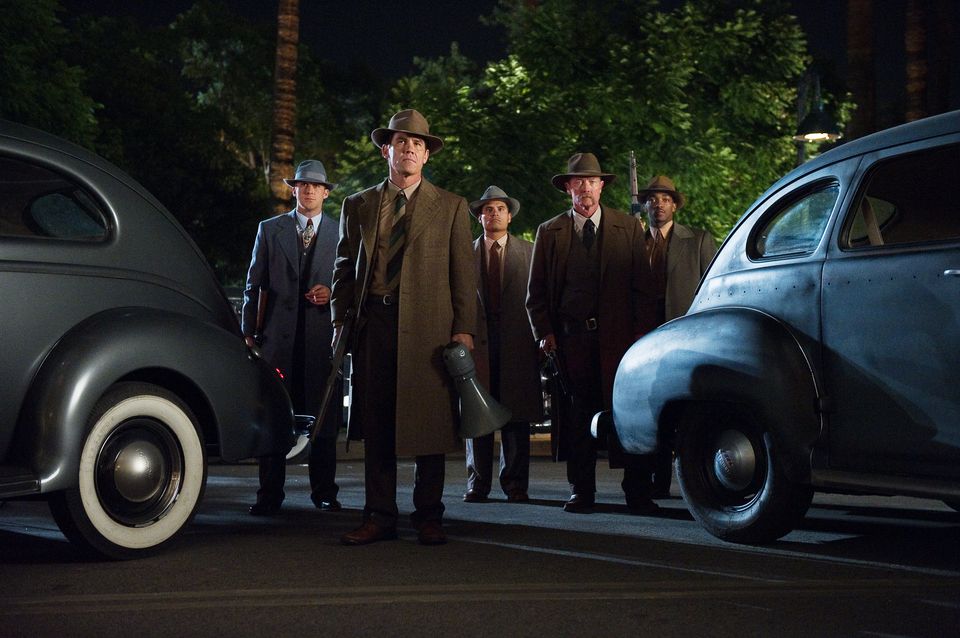 Mickey Cohen (Sean Penn – Carlito ‘s Way) is a east-coast gangster looking to take over Los Angeles. His reign of terror has the city on its knees so this forces Police Chief Parker (Nick Nolte – Warrior) to assemble a hit-squad to take down his network of organised crime. Led by former solider Sgt. John O’Mara (Josh Brolin – Men In Black 3), a gangster squad is formed to wage war for the very soul of Los Angeles.

A film like Gangster Squad could have been interpreted in many different ways. There’s plenty of scope to have gone down the LA Confidential route, such is the strength of the story and the rich potential of the characters. It instead plays it more popcorn-friendly but this isn’t a bad thing. It gives the movie an urgency that makes the 113min runtime just fly by.

There are obvious comparisons to be drawn with Brian De Palma’s seminal classic The Untouchables. It’s a shame because Gangster Squad (whilst highly entertaining) doesn’t come close to that level of spectacle and tension. This is primarily down to Gangster Squad shifting tones stylistically throughout the film. But even so, it still comes out as a truly entertaining piece of escapist fun that’s hard not to love. 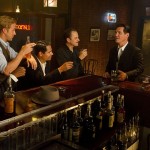 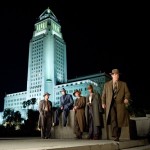 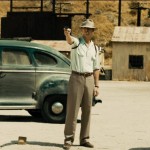 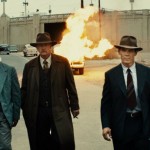 When you have a cast as amazing as this, it’s easy to make a good film and Gangster Squad is blessed with an amazing ensemble. Josh Brolin leads the line very well as John O’Mara and gives the film a clean cut hero that’s easy to back. His side story is also compelling and gives us a glimpse of some deeper characterisation that explores the troubles ex-servicemen experienced readjusting to their lives after the war.

Ryan Gosling continues to be the hottest young talent in Hollywood and effortlessly lays down the cool as Brolin’s right hand man Sgt. Jerry Wooters. He also shares a bubbling chemistry with his Crazy Stupid Love co-star Emma Stone and is at the centre of every great action sequence in the film.

Emma Stone proves yet again why she is the best of her generation and gives the role of Grace Faraday verve and style. Positively bursting with sexual charisma, she’s like Jessica Rabbit come to life in Gangster Squad and easy sells her love connection with Gosling. 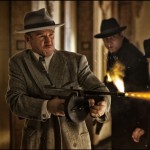 Elsewhere there are brilliant supporting turns from Nick Nolte as a hard-nosed police chief looking to clean up LA and Giovanni Ribisi as one of Brolin ‘s crew. T2 and The X-Files star Robert Patrick steals his scenes as an ageing gunslinger whilst End Of Watch ‘s Michael Pena and The Adjustment Bureau’s Anthony Mackie provide some nice comic touches.

Sean Penn has a wonderful time hamming it up as Mickey Cohen and is magnetic onscreen. Full of great quips and brutal vengeance, he’s a great villain to this opera and has some wonderful exchanges throughout, especially with Josh Brolin. You’ll be quoting his lines all year.

With a cast to die for and enough excitement to shake a tommy gun at, Gangster Squad is big, brash blockbuster fun at its best. You’ll be hard pressed to find a more enjoyable way to kick off 2013.