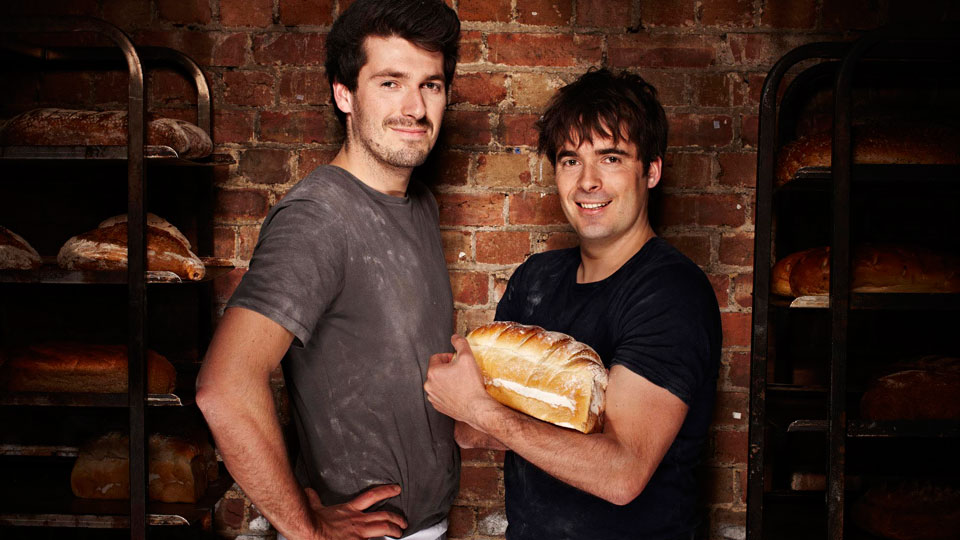 The Fabulous Baker Brothers are back for a second series immersing themselves in a delicious world of flour, fire and fantastic flavours.

The boys are back on More4 in February 2013 and there’s some more information below for you on what they will be getting up to this time around.

Brothers Tom and Henry Herbert come from a line bakers going back five generations and will be channelling the best of their baking skills to cook up a storm in their artisan kitchen. Baker Tom, and chef (and butcher) Henry, will take viewers into the heat of their rustic work space to reveal the trade secrets of baking which have been honed through generations of practice and passion.

And there won’t be a fancy cupcake in sight. Based around the oven, the series will be packed with mouth-watering recipes offering interesting twists on baking classics. In each episode, the boys will roll up their sleeves, get out the flour and take viewers through their delicious recipes. But it won’t be just about bread and pastry: each dish will have hearty fillings, tempting toppings and tasty accompaniments that will deliver stacks of delicious flavours.

In an ultimate test of sibling rivalry Tom and Henry will once again be pitted against each other and compete in a ferocious battle of flavour. Each week they will come up with their own version of a themed pie before serving them up to a group of hungry judges. Last series, Tom beat Henry 4-2 and so the gloves are off in round two of the Pie-Off, this year it’s serious!

Walter Presents: ‘The Wall: Cover Your Tracks’ coming to More4 and All 4 in February

Walter Presents is bringing ‘Dark Woods’ to More4 in January