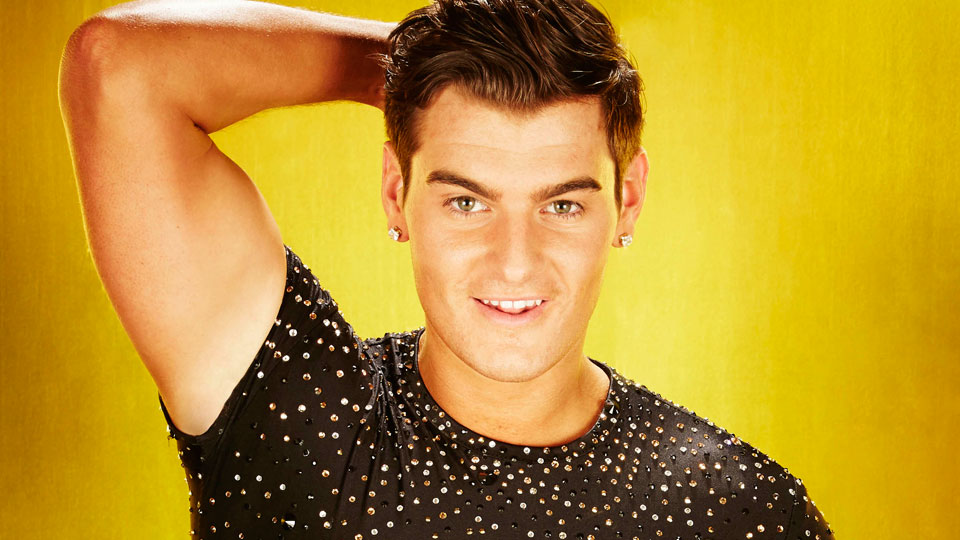 Dancing On Ice returned to our screens tonight as 12 new celebrities tried their luck on the ice rink hoping to follow in the footsteps of 2012 champ Matthew Wolfenden.

The show opened with the professional skaters wowing as they circled round the ice and introduced us to their celebrity partners. Jason Gardiner returned to the judging panel alongside newcomer Ashley Roberts and returning judge Robin Cousins. Karen Barber has also been reinstated back onto panel after serving as a judge the past two years. Torvill and Dean returned too of course as the judges.

This could be the best line-up Dancing On Ice has had to date and we have been feeling pretty excited about the show returning. Tonight 6 of the 12 celebrities skated hoping to win high scores from the judges and votes from the public.

First to take to the ice tonight was Samia Ghadie and her professional skating partner Sylvain Longchambon. You can’t have missed all the coverage this week about Samia’s alleged intimacy with Sylvain after he dumped previousDancing On Ice partner Jennifer Metcalfe. In her VT Samia seemed a bit scared about the prospect of lifts but it seems she’s been finding her feet. Samia and Sylvain skated to Rihanna hit Diamonds.

Scoring a decent 17.5 what did the judges have to say? Robin said that Samia set the standard but said she needed a lot of work and polish. Ashley said that Samia looked like she was having fun and for week 1 she thought she’d done well. Jason said there is great potential for Samia but said she needs to watch her arms and ignore the speculation on her chemistry. Karen said Samia has improved a lot over the week and told her ‘well done’.

Keith Chegwin was the second celebrity to skate tonight. He was due to be part of the show last year but injury meant he had to leave before the live shows began. His professional partner this year is Olga Sharutenko and it seems that she’s kept Keith safe so far. In his VT Keith seemed to be having a great time and said he’s got more confidence this year. Tonight he skated to D:Ream’s Things Can Only Get Better.

For his efforts Keith scored 15.5 out of 40. Ashley said that Keith is a ball of fun but said he needed to extend more on the transitions. Karen said the performance had character but he needed to be careful not to rush things. Jason said things couldn’t get any worse with Keith’s presentation. He went on to say that there needs to be more extension in the upper body. Robin said the routine was rough around the edges but admitted that Keith made everyone smile.

Olympic gymnast Beth Tweddle was the third to take to the ice with her professional skating partner Dan Whiston. We have a feeling that Beth’s flexibility and fearless gymnastics prowess will make sure she’s one of the frontrunners in the competition. It’s pretty clear from the VT that she’s going to be throwing a few tricks into her routines. How is she that flexible? Tonight she skating to Ellie Goulding’s Anything Could Happen.

The judges gave Beth an impressive 21.0 out of 40. Karen said she thought the routine was amazing and was confused by the other judges scoring low. Jason said he was excited about Beth’s potential but was bored with her routine as it lacked performance. Robin agreed with Jason that Beth had too much tension in her movements but admitted that he was impressed by her technical ability for the first week. Ashley said Beth’s lines were beautiful but she wanted to see more fierceness in the performance.

Former EastEnders actor Matt Lapinskas was the next to try and win a high score from the judges with his professional skating partner Brianne Delcourt. Before the advert break he expressed worry about the harsh scores from the judges so far tonight. Matt revealed in his VT that he’s been dancing for 7 years and it seems he has a very short attention span. Tonight he skated to Turn Up The Music by Chris Brown.

Matt scored a fantastic 24.0 out of 40 for his first dance. Ashley said that Matt turned up the volume and had fun. Jason said he thought the performance was amazing and commented on his chemistry with partner Brianne. Robin agreed with Jason and told him he needs to keep his edge in control. Karen said the performance was exciting and she said Matt was one of the top-runners in the competition.

X Factor winner Shayne Ward admitted in his VT that he’d never skated before in his life. We’re sure his professional skating partner Maria Filippov is thrilled. Christopher Dean said that Shayne was learning and listening to everything he was being told but admitted he hadn’t developed as much as he’d hoped after six weeks. Shayne vowed to keep working until he gets it right. Skating to Too Close by Alex Clare could he pull it off?

Shayne was given a score of 16.0 out of 40. Jason said the performance started off really well but felt the routine got away from him. Karen said there is a skater in Shayne but told him he needs to spend more time on the ice to gain confidence. Ashley said his transitions needed consistent intensity. Robin told Shayne to watch his footwork and agreed with Jason that he needed to be more commanding on the ice.

Baywatch legend Pamela Anderson was the last to skate tonight with her partner Matt Evers. Before the break she told Christine that she’s loving being part of the show. Of course she’s already competed twice on Dancing With The Stars in the US so we’re expected big things from her. Christopher Dean said that Pamela has a natural ability whilst the star herself said she was intimidated dancing infront of such legends. In dress rehearsal she had a few wobbles but could she keep it together tonight? Pamela skated to Read All About It by Emeli Sande.

Pamela scored a decent 18.5 for her first effort. Robin said he thought the performance was good but a bit too tentative although technically very good. Jason said overall it wasn’t too bad but said she was inconsistent and not relaxed enough. Ashley said Pamela needed to relax into the routine but said the nerves got to her. Karen said she saw potential and said Pamela had a lot to give to the competition.

The lines are now open for you to vote for your favourite couple. We think that Matt deserved to top the leaderboard but we were impressed by Beth and Pamela too. Lines close during the results show.

Tune in at 8.30pm to find out which couple will be leaving Dancing On Ice tonight following the results of the public vote and the skate-off. Check out photos of the celebs in rehearsals in our gallery below: