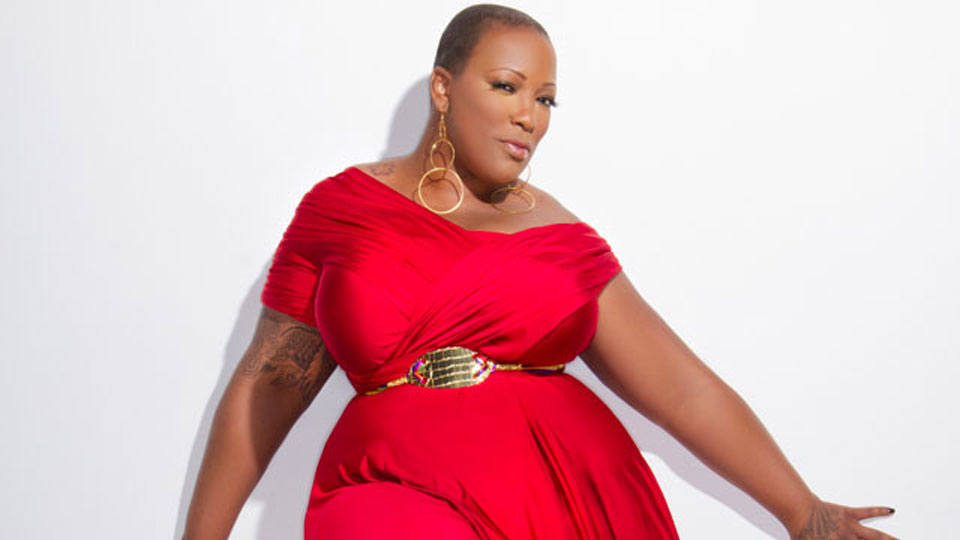 Frenchie Davis has been trying to catch a break in the music industry for a while now. She appeared as a contestant on the second season of American Idol before winning the US over as part of Christina Aguilera’s team on the first season of The Voice.

Now Frenchie is ready to unleash her music on the industry starting with first single Love’s Got A Hold On Me. She’ll be following that up with album Just Frenchie in 2013.

We caught up with Frenchie to talk about her music, her time on The Voice and her forthcoming album.

I am wonderful. Jetlagged, but wonderful. Just getting home from the airport and relaxing with a steaming hot cup of ginger mint tea

We’re loving your new track Love’s Got A Hold On Me. Tell us about the track?

Thank you so much! It was written by my dear friend, singer/songwriter Janice Robinson. I met her years ago when I was doing RENT on Broadway and she called me one day and said “girl, I just wrote a song and I don’t think anybody other than you, can sing it.” She played it for me, and I loved it! We recorded a few weeks later and everyone we played it for was like, “Ok, Frenchie. You have to release this.” And here we are.

The video for the track is a collaboration with Ch’an Andre and Brian Friedman. What was that experience like and explain the video concept for us?

Working with them was an amazing experience. I had admired Brian’s work for a long time so when he offered to help me with the video and choreograph it, I was elated! Once we chose a shooting location in the Mojave Desert and my stylist brought in her wardrobe choices, the video sort of evolved into a Mad Max inspired masterpiece. Chan and Brian are incredible at what they do.

The song is taken from your forthcoming album Just Frenchie. What can we expect from the record?

I named the album Just Frenchie, because for so many years, people have only heard me sing covers of other people’s songs and this is the first time that people get to hear me sing my own music. It’s just me….Just Frenchie.

What is your aim with this album?

With this album, I really wanted to bring soulful singing back to dance music. I grew up listening to Martha Wash, Sylvester, Donna Summer, Jocelyn Brown, and a bunch of other artists who sang their asses off while making us dance our asses off…..and so much of dance music today has been watered down vocally…so it was really important for me to find a way to merge both my love of soulful singing with my love of dance music……and this album is the result of that.

What kind of feedback have you had from your fans on your music so far?

The response has been amazing and my fans have been so supportive.

You competed on the first season of The Voice and got to the final four. How did you find that whole experience?

It was a wonderful experience that allowed me to explore what direction I wanted to go in musically. My decision to go into dance music was heavily influenced by my experience on The Voice, mostly because many of the songs I sang on the show were dance songs.

We hear that you’re branching out into launching a plus size lingerie range. Is fashion something you’d like to pursue alongside music?

Yes it is! I love fashion….and I totally subscribe to the belief that a woman should look and feel fabulous and sexy, no matter what size she is.

Catching up on rest and spending time with my partner and both our families.

Love’s Got A Hold On Me is out now. You can watch the video for the track below:

In this article:Frenchie Davis, The Voice US