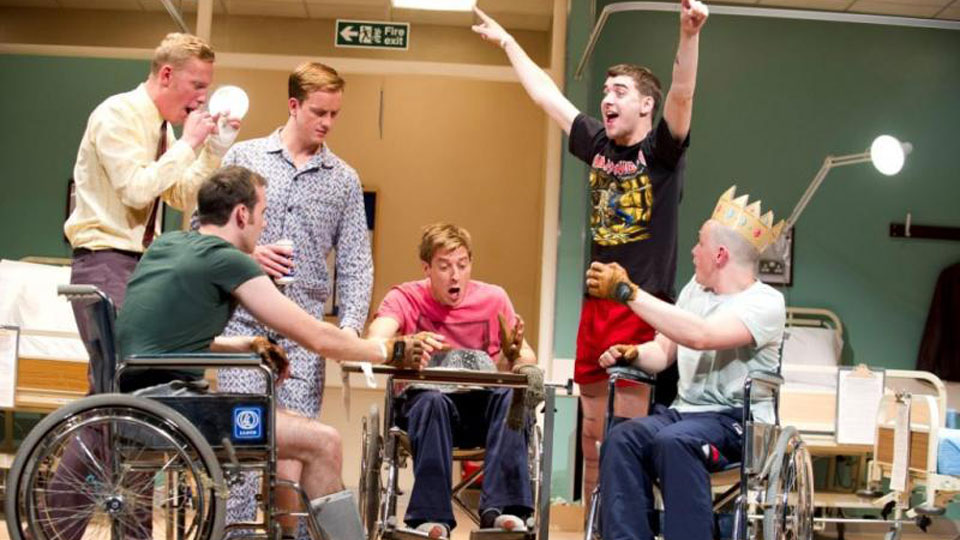 Today at the Café de Paris Our Boys by Jonathan Lewis, directed by David Grindley, received two 2013 Whatsonstage.com Awards in the categories:

Starring Cian Barry, Jolyon Coy, Arthur Darvill, Laurence Fox, Matthew Lewis and Lewis Reeves, Our Boys is a wonderfully funny yet searingly honest account of the tribulations, tedium and terror that young soldiers face when recovering from injuries incurred in the line of duty.