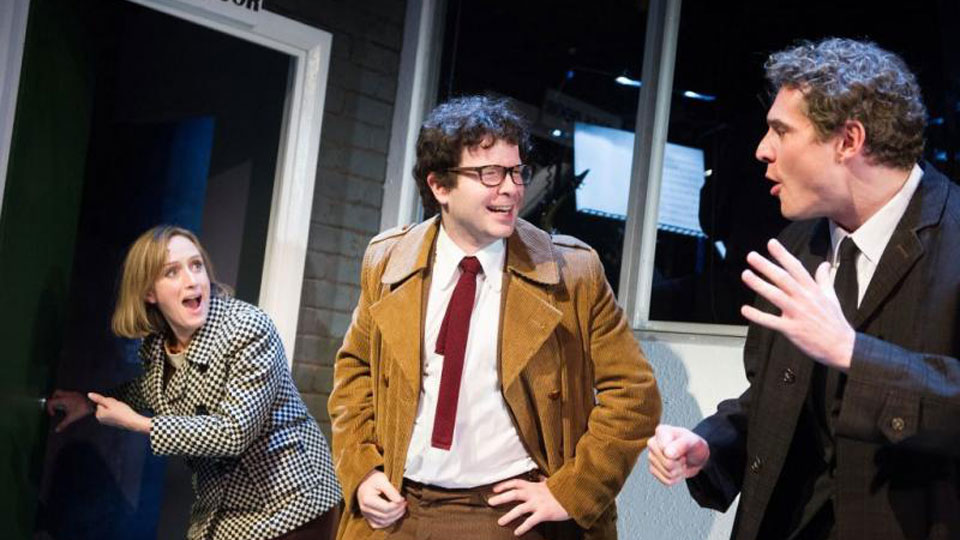 Due to unprecedented demand and critical acclaim, the Menier Chocolate Factory is pleased to announce that the run for its revival of the Sondheim/Furth musicalMerrily We Roll Along has been extended to Saturday, 9th March, 2013.

Merrily We Roll Along is based on the 1934 play of the same name by George S. Kaufman and Moss Hart, and scrolls back through the career of talented composer Franklin Shepard, who has abandoned his friends, family and Broadway songwriting career to become a producer of lucrative Hollywood films. As key moments of his life are replayed, decisions, choices, priorities and the price of success are equally reevaluated. This powerful and moving story features some of Sondheim’s most beautiful songs including Good Thing Going, Not a Day Goes Byand Old Friends.

Design is by Soutra Gilmour, lighting design by David Hersey, sound design by Gareth Owen and choreography is by Tim Jackson. Musical supervision and direction is by Catherine Jayes with orchestrations by long-time Sondheim collaborator Jonathan Tunick.

A meal deal ticket includes a 2-course meal from the pre-theatre menu in the Menier Café as well as the theatre ticket.

Advertisement. Scroll to continue reading.
In this article:Menier Chocolate Factory, Merrily We Roll Along