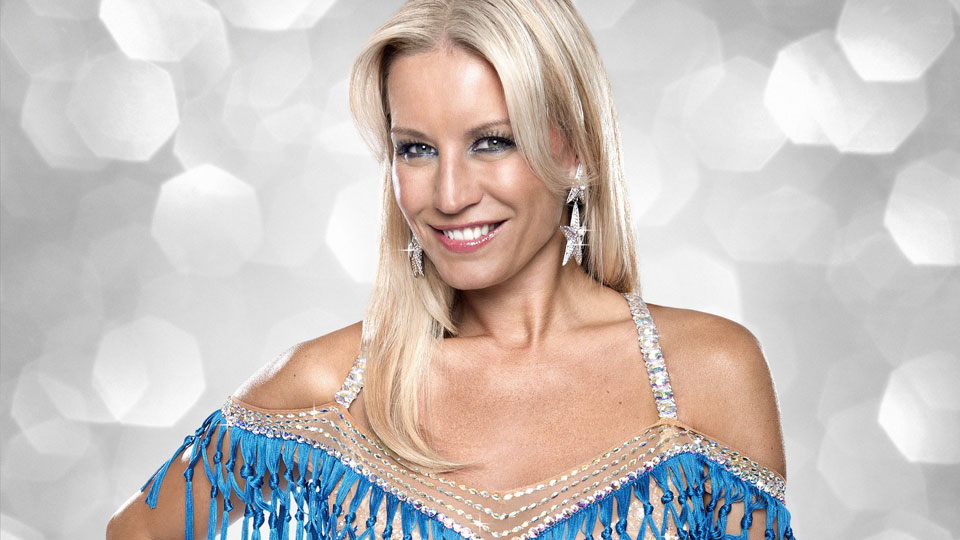 Can you believe that we’re nearly at the end of the 2012 series of Strictly Come Dancing? We can’t and we’re already dreading our Saturday nights without it.

Tonight saw the remaining 6 couples battle it out in the series’ quarter-final hoping to secure their place in the semi-final. In a new twist for the show, the couples had to dance a ‘fusion dance’ which meant they had to dance one routine featuring two dance styles. Who soared and who crashed over the course of the evening?

Kicking off the show tonight was Denise Van Outen and her professional partner James Jordan. Last week the couple fell from the top of the leaderboard after James forgot his choreography. This week the couple danced a fusion of the Quickstep and the Jive. Did James manage to remember the steps this week? Len said the dance was a ‘proper fusion’ but said the technique needed a bit of refinement. Bruno said the styles morphed beautifully commenting that the precision of the Jive was incredible. Craig agreed with the Jive comments from Bruno but said the Quickstep needed to be smoother. Darcey said there was too much bounce in the Quickstep but said Denise was fabulous to watch.

Lisa Riley and her partner Robin Windsor were next to take to the dance floor. Last week Lisa had a slip at the end of her well-received Quickstep but she didn’t let it take the shine off the routine. This week the couple danced a fusion of the Cha Cha and the Tango. Could they entertain the whole crowd and wow the judges again? Bruno said he loved the reveal and commented that the Cha Cha suits her down to a tee. He also mentioned that the Tango was the best he’d seen her do ballroom. Craig agreed with Bruno saying that he loved the two characters in the dance. Darcey disagreed saying that the Tango was stronger and praised Lisa’s improvement in her top line. Len said Lisa’s enthusiasm was infectious but pointed out a mistake in the routine.

Third to dance was former Westlife singer Nicky Byrne and his partner Karen Hauer. Last week Nicky found himself in the bottom two claiming victory over Michael Vaughan. With the competition hotting up Nicky had to up his game tonight. Dancing a fusion of the Samba and the American Smooth Foxtrot could Nicky and Karen sail through to the semi-final? Craig said Nicky needed a lot more bounce in the Samba and said he thinks he’ll be in the bottom two. Darcey said it started well but admitted that Nicky’s shoulders let him down. Len said the choice of dances was a tough one but thought they’d done a good job. Bruno said it was a ‘heroic effort’ but it had lots of technical errors.

Dani Harmer and her partner Vincent Simone were the next couple to try their luck on the dance floor. Last week the couple danced an ambitious Viennese Waltz winning praise from the judges. Tonight they danced a fusion of the Charleston and the Quickstep. Could Dani secure her place in the semi-final? Well the audience loved it and gave her a standing ovation. Darcey called the dance ‘extraordinary’ and said she ‘upped the technical ability’. Len said the dance was ‘fun’ and he ‘loved it’. Bruno said it was an ‘exuberant fusion frenzy’ calling it ‘absolute perfection’. Craig said the choreography was great and commended the couple on a great dance.

Louis Smith turned things around last week with his energetic and character-filled Charleston. For weeks he’s been criticised for lacking personality in his routine. For this week’s dance Flavia Cacace choreographed a fusion of the Tango and Rumba. Could Louis win over the judges again this week? Len said Louis pulled it off and Bruno enthused in agreement. Craig said it was danced with ‘effortless dexterity’ but criticised Louis’ thumb placement. Darcey said the ‘emotion was perfect’ labelling it one of Louis’ best.

Last to dance tonight was Girls Aloud singer Kimberley Walsh and her partner Pasha Kovalev. During last week’s live show the couple danced the Jive and got great scores from the judges. For tonight’s quarter-final the couple fused the Tango with the Cha Cha in the hope of winning a place in the semi-final. Receiving the night’s second standing ovation we don’t think Kimberley will have too much trouble sailing through to next week. Bruno said the routine was incredible and full of surprises going on to call it the ‘dance of the season so far’. Craig simply said ‘that is dancing’ whilst Darcey said she ‘loved it’. Len gave Kimberley a standing ovation.

Find out who leaves the competition in tomorrow night’s Strictly Come Dancing live show at 7pm.