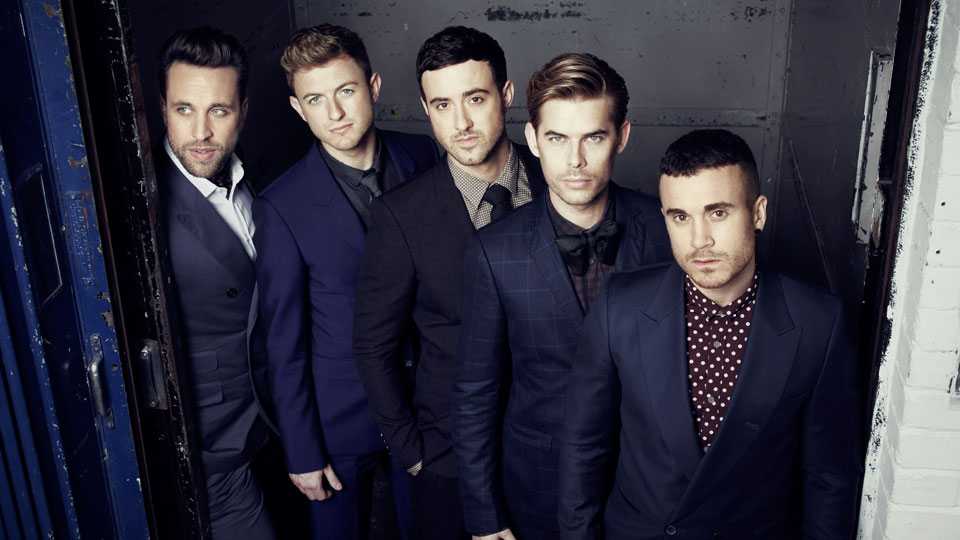 It’s been just over a year since we last saw The Overtones at the London Palladium. In that time the guys have been promoting their music across the globe and have recorded their second album, the follow-up to 2010’s half a million selling Good Ol’ Fashioned Love. In October they released Higher and crashed straight into the UK charts at number 6. Now the band is touring the UK in support of the record and last night Timmy, Mark, Lachie, Darren and Mike arrived at the Hammersmith Apollo in London.

With a sell-out crowd waiting in anticipation, The Overtones took to the Hammersmith Apollo stage at 8.45pm launching into Keep Me Hanging On, the first song of the evening. Looking as suave and sophisticated as ever in their shiny suits, the five-piece captivated the audience with their tight harmonies and impressive live vocals. Over the course of their set they sung selections from new album Higher and their debut album Good Ol’ Fashioned Love as well as a few surprises.

Highlights over the set included a knock-out lead vocal from Mike on Only You, the bouncy original song Call Me Upand a rousing rendition of Higher. Lachie shined on his smooth rendition of Unforgettable and The Longest Timewas vocally one of the band’s finest moments of the evening. Our favourite performance though was the group’s version of Fairground Attraction’s Perfect, a song that apparently the record company wasn’t keen to include on the album. If last night’s audience reaction was anything to go by then it should be earmarked as a future single.

In the middle section of the show the group appeared in the audience as they encouraged the audience to sing-along to The Glory Of Love. Timmy and Mike found audience members to sing into their microphones whilst Darren, Lachie and Mark held up lyric cards on the stage to help them. The atmosphere was buzzing and the guys cleared loved it as much as the audience did.

The show came to a close with the double-whammy encore of Gambling Man and Loving The Sound. The group really did save the best for last and both songs definitely ensured they finished their set on a high.

The magic of The Overtones really is their vocal abilities. In an age where you can never be too sure if artists are singing live, or singing to pre-recorded backing tracks, you can always rely on The Overtones to perform completely live. All five members of the group have strong voices and the different sound they all have comes together for amazing harmonies.

The Overtones always put on an incredible show and last night was no exception. They packed an impressive amount of songs into their 90 minute set and had the audience on their feet and dancing for most of it. We danced our socks off, sung until we were hoarse and were as enamoured as ever with The Overtones. We just wish we could do it all again tonight.

In this article:Hammersmith Apollo, The Overtones