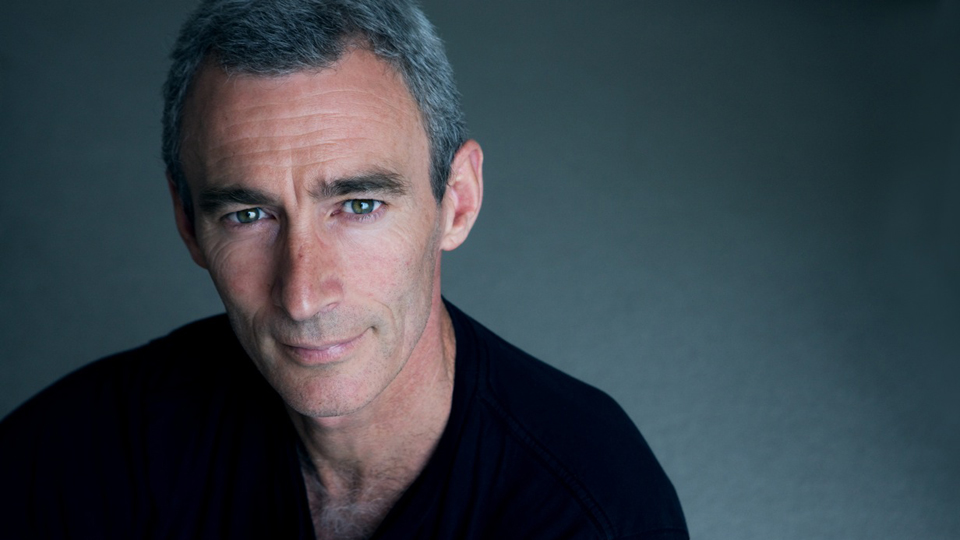 Jed Brophy is a New Zealand-born actor, best known for his roles in many of director Peter Jackson’s films, including the part of Nori in the forthcoming The Hobbit series. It’s recently been announced that he’s to join the already star-studded cast of The Minister Of Chance.

We caught up with Jed to ask about his new roles in The Minister Of Chance and The Hobbit, to find out if he enjoys the science-fiction and fantasy worlds his characters often occupy, and what he intends to get out of his trip to the UK.

We hear you’ll be appearing as a new character in episode five of ‘The Minister Of Chance’. What can you tell us about the part you’ll be playing?

Well he’s called the Pilot and I have seen a picture of him, but that is all I know for now…

What did you make of the world of the story that writer Dan Freeman has created?

I love the world he’s created and the art attached to that world. I am very attuned to the worlds of fantasy because of my work with the good folk at Weta Digital here in New Zealand.

How do you feel about coming in to an established cast?

I’m excited given what a fantastic cast it is. I am a big fan of the talent in the UK and to get to work with such a stellar cast is a huge thrill. I’m sure they will be very supportive so I’m not fazed.

Is there any difference in creating a believable world in an audio drama compared to movies?

Not really. Building a character for film or for an audio project are roughly the same. The only difference being you have to impart all aspects of that character through your voice and movements through the mic. I have been lucky enough to do a lot of radio drama in my career and that lends itself to this process.

What do you make of the unique way in which ‘The Minister Of Chance’ is funded and produced? Have you ever experienced a project like it before?

We are starting to see more and more projects funded in this way. Budgets for the arts worldwide are slashed. A friend of mine funded the release of his feature film in the States by crowd funding. What it does do is require you to keep the standard high as you are reliant on your fan base to keep you going.

You keep co-starring alongside Sylvester McCoy! What’s he like to work with?

He is an absolute joy to work with and very inventive. He’s constantly surprising and very generous. He eloquently proves the point that in making others look good you look great yourself.

You’ve been in many of Peter Jackson’s films. How did that working relationship develop?

I got to do a very low budget zombie movie [Braindead] with Peter near the start of his career and we clicked. We like the way each other approaches work and we have a similar work ethic. There is a great trust and shorthand that develops when you work with someone on lots of projects. He’s my favourite director by far.

We’ll see you as Nori in the forthcoming ‘The Hobbit’ series of movies. What can you tell us about him, and what have been the challenges of playing a Dwarf?

He’s a very shifty character. What’s yours is his and you won’t get it back. But he’s very loyal to his family and tenacious in a fight. He’s constantly looking for things to steal and has been living rough for some time. The challenges for all of us were mainly the weight and heat of the costumes and prosthetics we were required to wear.

Have you enjoyed returning to the world of Tolkien after ‘The Lord Of The Rings’ movies?

Very much so! I was a great fan of the books as a child and, as I said, I’m a great fan of fantasy. The people who have designed the world are amazing too. It was like returning to a family.

Which has been the most satisfying character you’ve played in the Tolkien movies?

This one, Nori, because he actually makes it through a lot of hardships and he’s on the side of right. Mostly I have played the villain in Tolkien’s world prior, so this was a joy to be on the side of light.

How do you find being involved in projects that cultivate cult followings such as the Tolkien adaptations and ‘The Minister Of Chance’?

It’s a gift actually to be in a project that engenders that kind of following. It keeps you honest. The fans are quick to point out when you are not delivering. And so you work hard to give them a good product. The fans are lovely folk who have a real passion for what you are trying to achieve.

Are you a fan of the science fiction and fantasy genres yourself?

Very much so. I love the art attached to such worlds too and the imagination required when one is reading sci-fi and fantasy works. To be taken away from the world we live in is exciting to me. I could have been an explorer!

Besides recording ‘The Minister Of Chance’, what else do you have to look forward to in your upcoming trip to the UK?

Meeting the Royals for one. Also catching up with my brother who lives on a house barge, and some old friends who now reside there. Generally enjoying being in another culture. You have such great theatre in the UK and that too is a passion of mine.

Many things are on the horizon, both here and overseas. It will be a matter of playing my cards right to get to do the projects I would like to. Like it or not being in The Hobbit will open up possibilities I may not have had otherwise. I would love to do more work in the UK as I think the standard of drama in your country is very high. So not rushing in, but there are some exciting things. The Minister Of Chance is one of those.

You can catch up with the story of ‘The Minister Of Chance’ and find out more about the project from their website, www.ministerofchance.com.

In this article:Dan Freeman, Jed Brophy, Sylvester McCoy, The Hobbit, The Minister of Chance