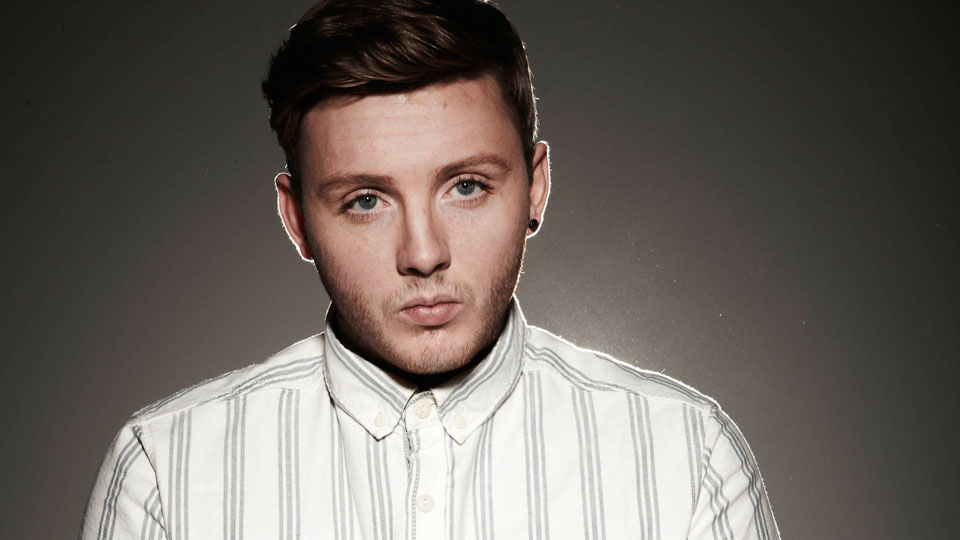 It’s The X-Factor quarter finals and who would have predicted at the start of the live shows that we would have said goodbye to super voice Ella Henderson and be welcoming Rylan Clark into the closing stages.

Tonight all acts will perform two songs, which Dermot has dubbed ‘Abba vs  Motown’ as they have to sing one 70s and one soul classic.

Judge of three acts, Nicole introduced her first act – Rylan.  As a thank you for taking a chance (pardon the pun) on him, he cooked a thanksgiving dinner for his mentor.  His song choice was Mama Mia.  In true Rylan fashion it was entertaining and theatrical even if the vocals were erm … Rylan.  Louis said it was like Top of the Pops on
Christmas day and called him the people’s champion.  Tulisa loved his staging and energy and Gary declared checkmate and Nicole wished she was the gel on his hair!  (Classic Nicole.)

Union J followed Rylan with Winner Takes It All.  We think they might end up bigger than One Direction!  A smile from Gary Barlow confirmed he enjoyed the performance as much as we did – they certainly have raised the bar this week!  Tulisa said the vocals were on point and staging was simple.  Gary said he felt good about the band and that they’re on a roll.  Nicole loved the way they addressed the girls and said that she felt that she was watching a concert.

Back to Nicole.  Her next act is Jahmene.  He sang I Have A Dream.  A beautiful song, however, this was not our favourite Jahmene performance.  We felt that it was out of tune in places.  Louis agreed with us and questioned putting him on the podium, comparing him to Louis Hamilton.  Tulisa and Gary thought he was great although Gary
did point out a few tuning issues.

Continuing with Nicole, last week’s survivor, James Arthur, was next. Sending out his S.O.S – he took this ABBA classic and gave a whole new meaning to ‘making it his own’.  Our favourite performance so far! This guy is awesome!  Louis said he never thought angst and ABBA would go, but it did, Tulisa said he totally James Arthured it!  Gary said he brought his integrity back on stage and that he’s his biggest fan! Nicole said that he was ridiculous as he takes everyone else’s songs and makes them better!

Last up with his ABBA song is that Red Leicester, Chris Maloney.  He sang Fernando.  Louis had a giggle during the performance.  Nicole said it was a lovely theatrical piece, although it was a bit of a snoozer for her.  Louis said he was glad he kept his top on, although he was distracted by all the top less men.  Tulisa didn’t get it although the vocals were good.

Louis’s Union J kicked off the Motown leg.  They sang the Jackson 5’s I’ll Be There.  Pitch perfect Jamie led the ensemble and the harmonies were beautiful – they definitely deserve a place in the final.  Tulisa praised them on two amazing vocal performances.  Gary said he thought they should have done something a bit more creative.  Nicole said that all the little girls are going to be playing the song on repeat and praised Louis on the song choice and praised the boys on an honest
performance.

Rylan was up next – even though the auto cue told Nicole it was James Arthur and Gary pointed her to the wrong camera – high jinks tonight! Rylan sang The Supremes’s  Baby Love in a mashup with Stop In The Name Of Loveand You Keep Me Hanging On.  Louis said he didn’t think Motown Rylan style didn’t work.  Tulisa said it wasn’t the most exciting performance.  Gary said it was a bit too Eurovision for him.

Next up was James Arthur singing Let’s Get It On by Marvin Gaye.  He wooed the crowd effortlessly – and wooed Nicole on to her feet dancing!  Louis declared that was the vocal performance of the entire night!  Tulisa said only he could get away with singing that song. Gary was wowed and said he can’t wait for James’ record and Nicole
said that a lot of babies would be conceived tonight to his name. Again, classic Nicole!

Jahmene followed next with Smokey Robinson and the Miracles The Tracks Of My Tears.  We weren’t that keen on the performance, tuning issues seemed to have been his theme of the night.   Louis declared that he can see him in the final.  Tulisa said she couldn’t fault the performance although it wasn’t her favourite.  Gary thought he’d had a good night.  Nicole called him their little prince of Motown.

Last up is Christopher Maloney.  Singing Lionel Richie’s Dancing On The Ceiling his only colouring of the song seem to be loud and louder. He seems to have no respect for cadence.  Nicole said she was looking for soul and couldn’t find any soul in him.  Louis said it was like being in Benidorm or Blackpool and Tulisa said she didn’t believe what he was saying that it was a disconnect between the performance and the song.

The phone lines are open so remember to vote for your favourite!  Tune in tomorrow night to find out who will go through to next week’s semi final.