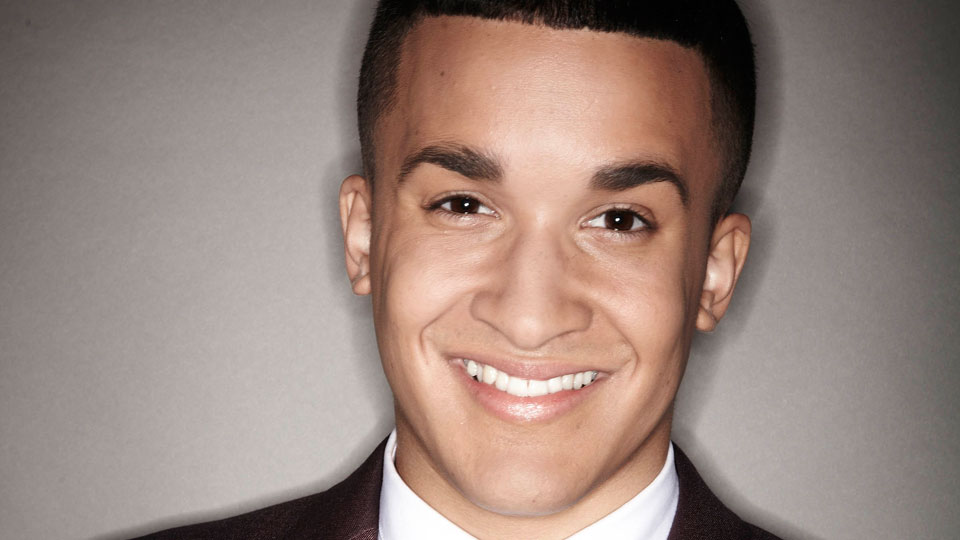 The X Factor began with Dermot O’Leary walking out toWe Need A Hero by Bonnie Tyler, and then danced along to some cheesy ’90’s music.

Union J kicked proceedings off last night, and in their VT, we saw them discuss the aftermath of being in the bottom two against District 3 last week. They vowed to come back fighting this week. We also saw them perform in front of 2000 people in Disney Land, Paris. They loved it! Their song this week was Carly Rae Jepsen’s Call Me Maybe. Hey sang it well and it was clear that they were having fun together on stage. Tulisa told them: “This is a real performance for me to judge, because I’m not a big fan of that song. I’m trying to put aside the fact that I dont’ like the song. I thought you sounded great, and your harmonies were fine.” Gary Barlow said: “I think you’ve never looked better. You’ve won the battle of the boybands, and you’ve bounced back from last week.” Nicole said: “I would like to see you be a bit more creative with your staging. You did that song justice.” Louis was happy with his boys.

Next up was Ella Henderson. After an amazing performance last week of Written In The Stars, Ella was feeling very happy. She joined Union J in Paris and performed Katy Perry’s Firework in front of 2000 people. We also saw her attending the Twilight premiere and she loved it! Her song last night was You’re The One That I Want from Grease. She started it off very slowly and atmospheric, and it was truly beautiful. We’ve never heard it sung like that before. Gary told her: “We’re only four weeks to the final, and that was your best performance so far! You’ve always engage me emotionally, and thats a great attribute.” Nicole said: “You’re special. I didn’t like the song choice, but you made it work. I would have liked it to have picked up a little, but your voice sounded glorious and you look like a golden goddess. You’re beyond your years. You have so much fire in every single one of your performance.” Louis loved the song choice: “That was electrifying for me.” Tulisa was so happy with her girl: “Ella, that was taking a cheesy loveable classic and make it your own.” Well done Ella.

James Arthur was next, and in his VT he said he took a risk in taking an Adele song last week. We saw him go to Paris and performing in Disney Land. He LOVED it! This week’s song isn’t his usual style of music, but he decided to give it a go. We were interested to hear what it was! The song was Andy Williams’ Can’t Take My Eyes Off You. Strange song choice, but it worked for him. It was nice to hear him sing something different for a change. Louis said: “Every week you pick a brilliant song and do it your own way. You’re gonna get a record deal!” Tulisa said: “Even though it’s guilty pleasures week, that was a very credible and cool performance.” Gary said: “I want you to win this competition. I think you’re brilliant. I love everything about you.” Nicole was very happy: “You did a real live acoustic performance James, but you’re so inspiring!” Go James!

It was then the time for the one and only Rylan. In his VT, we saw him being all excited about going to perform in Paris. His song this week was a mix of Duran Duran’s Girls On Film and Bros’ When Will I Be Famous and he wasn’t bad at all! The production was typically camp, and he is a great entertainer. Louis said: “Somebody’s voting for you because you’re still here! You haven’t got a great voice, but you’re a great performer!” Tulisa said: “It wasn’t my best one, and I expected you to go nuts!” Gary said: “The good news is that you are famous. The bad news is, give it a couple of months! This is going nowhere for me, and it’s not getting better, it’s getting worse.” Nicole defended her act and said: “I brought you to the live shows and took a risk with you. You’re still here in week seven, and you’ve worked hard!”

Christopher Maloney was next to face the judges, and it was a perfect week for him. In his VT we saw him going to Paris and performing a song from Aladdin. His song was Bonnie Tyler’s Total Eclipse Of The Heart. A perfect song choice for Christopher, and he sang it well. We can’t see him being a massive star out of X Factor, and this is why we are not excited by his performances. Nicole said: “That was a lot to take in. It was hard get round the lasers and portrait behind you, but you sounded nice.” Louis said: “Vocally, I cannot fault you.” Tulisa said: “Putting my issues aside, your vocals are amazing, and I’m admitting defeat and tonight I decided to just sit and enjoy your vocals.” Gary said: “Well done, I thought it was a brilliant performance.”

Next up was Jahmene Douglas. We saw him in his VT saying how incredible it was to have such amazing support from everybody. He also said he’s now starting to believe in himself. He loved performing in Paris and loved being in the other contestant’s company. His song this week was Thelma Houston’s Don’t Leave Me This Way. He totally smashed it! Singing with passion and soul is what Jahmene does best. Louis loved it! He said: “You have to make the final! I’m hearing bits of Marvin Gaye here. You’ve got it all.” Tulisa said: “I can’t lie, I’m running out of lines to kiss your butt. The man before me now is not the man we saw in auditions. You’ve evolved into the man you’re meant to be. Well done.” Gary said: “Tulisa’s right, the growth in you is incredible.” Nicole loved her boy.

This weekend, we loved Ella and James’ performances. We do hope they’ll go through to next weekend.

The X Factor continues tonight at 8pm on ITV1