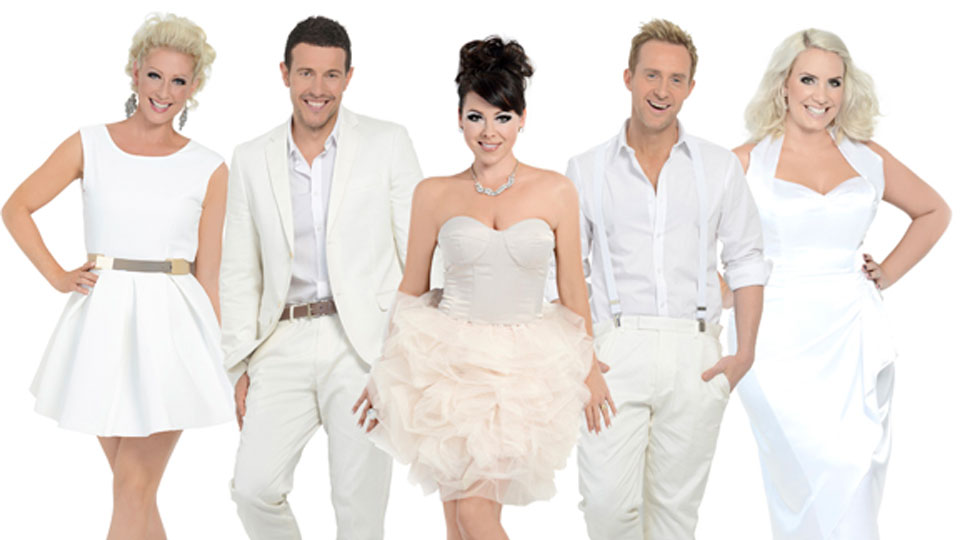 It’s safe to say that Steps have had a pretty successful 2012. Off the back of their number one 2011 album Ultimate Collection the five-piece pop group managed to almost sell-out a rather expansive arena tour, conquer the ratings in their second Sky Living documentary series and record brand new album Light Up The World. Time will tell if the group has more than the nostalgia factor but the signs are looking good. In time for Christmas, Steps have releasedThe Ultimate Tour Live which captures their performance from The O2 earlier this year.

We were lucky enough to see the The Ultimate Tour live but we left The O2 Arena feeling a little disappointed. The sound mix was all over the place, we weren’t always convinced the group was singing live and we thought the set was a little underwhelming. Interestingly it all seems to work better on this DVD release. The massive video screen backdrop is more striking when seen face on (rather than from the side like our view) and whilst there isn’t much of a set to speak of, the stage doesn’t look quite as vast and empty as it did when you were there.

The vocals however are still debatable. Whilst it’s clear there are times when the group is singing live, there are times when they obviously aren’t e.g. Better Best Forgotten where Claire’s microphone is nowhere near her mouth yet she sounds crystal clear. Hmmm. The show opens with Here & Now as the band arrive on the stage in glass pods before moving onto the electro-pop of You’ll Be Sorry.

The setlist comprises of all the hits you’d want to hear from the band including Deeper Shade Of Blue, Last Thing On My Mind, Summer Of Love, Stomp and Tragedy. All of the performances are slickly choreographed and the group genuinely look happy to be back together and performing for the packed out arena. In the middle of the show there’s the obligatory solo section which has varying degrees of success. Claire is the stand out with her powerful rendition of I Surrender whilst Lisa opts for a medley including her own solo hit Lately.

There’s no denying that The Ultimate Tour is a pop-fest worthy of any pop fan but the whole thing lacks a bit of spit and polish that the group would have had in their hey day. When they sang live they actually, for the most part, sound really great. Claire and Faye carry the majority of the vocals and there are some bum notes from the rest of the group and flat harmonies. Overall though it’s a good effort from the most under-rated pop group of the 90s and we hope they manage to build on their successful year and really wow us in 2013. Steps have always been our guilty pleasure and it’s good to have them back.