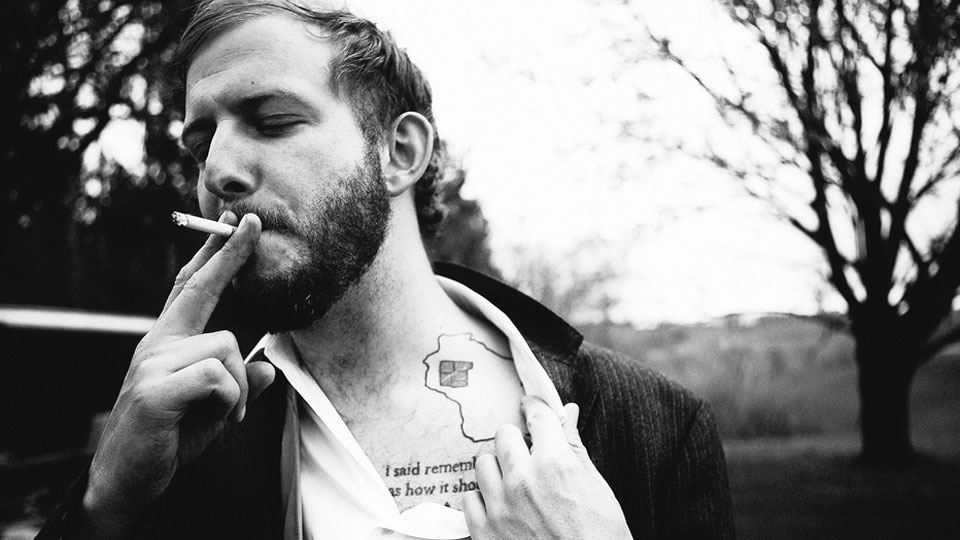 It’s interesting to note the evolution of Bon Iver’s live performance: it’s a far more transformative trajectory than that of their recordings to date.

Across two albums (and a handful of divine covers – sadly Justin Vernon’s highly emotive treatment of I Can’t Make You Love Me doesn’t make the cut tonight), all of Bon Iver’s forlorn folk songs share the same understated magic. But in a live context, there’s a surprisingly elaborate diversity in sound – cue countless instrumentalists, a horn section, two drummers. It’s all great fun until the realisation hits you: what you’re hearing is often utterly unfamiliar.

Of course, it’s understandable that the execution has to compliment the size of the venue in question; from the Hammersmith Apollo last year to Wembley Arena this year. The latter of course has an 11,000 strong capacity – as such it more typically plays home to your Katy Perrys, as a ticket sale acid test before moving on the the likes of the O2 across the Thames. But while Katy fills a room this size with sheer force of personality alone, Bon Iver’s gentle ethos does not. Hats off to them for trying, but no matter how hard and dense the performance on tracks like Beth/Rest, the crowd still remains utterly static, and what makes the band special starts to get a little lost – especially when Justin’s heartfelt falsetto becomes overpowered.

But there are still very frequent flashes of brilliance. The heart stopping opening chords of Holocene remain unchanged, and at its heart it’s a song so epic in its beauty (“At once I knew I was not magnificent” sings Justin, realising his insignificance in the face of a majestic landscape) that a wild, textured musical terrain is almost fitting.

The evening’s most memorable moment occurs on a fortunately softly-performed re: stacks, when Justin and his acoustic guitar are joined on stage by support act The Staves; three impossibly gorgeous and trendy sisters from London who together form an up-and-coming folky-pop outfit. Doubtless, the invitation issued to join Justin is a much greater and touching expression of gratitude than the standard shout out at the gig’s end, and it totally pays off for all involved. The song’s tear-inducing enough as it is, but with the girls’ thoughtful, velvety harmonies emanating from its heart, it’s utterly flooring: I truly hope they record it in a studio sometime soon, and I’d wager a bet most of the people in the audience are now rather obsessed with The Staves at this point.

On conclusion, following the obligatory singalong rendition of Skinny Love, it’s impossible to deny that Bon Iver’s is a fabulous performance, and between tracks, a bumbling, messy-haired Justin is as charming and loveable as ever. But as the band’s success continues to head skyward (they won a Grammy earlier this year, remember), they’re inevitably losing their intimacy – and fast. It’s a sad fact to behold, but it’s a necessary evil: the music in question is indeed so beautiful that as many people as possible should hear it.