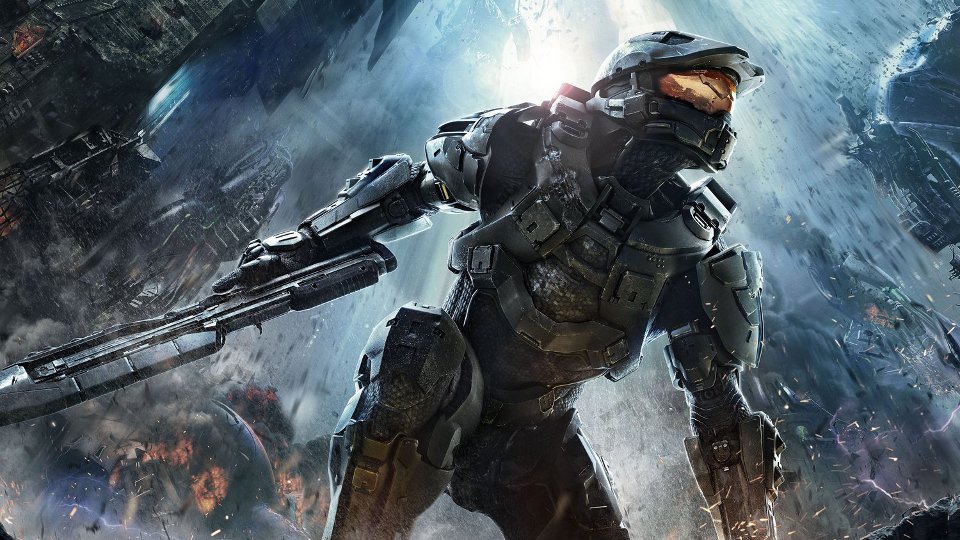 It’s hard to believe it’s been five years since Halo 3. Since then we’ve had three spin-off games, Halo Wars, Halo 3: ODST and Halo: Reach – all three games were good but they were missing the main protagonist Spartan-117 aka Master Chief (or just John to his buddies). Outside of the game much has changed since 2007 with Bungie leaving the franchise to Microsoft and their newly formed Halo-centric 343 Industries. Halo 4 is their first stab at a Halo title and we’ve spent the past couple of weeks with the game which is the beginning of a new trilogy of Halo games.

When we left Master Chief at the end of Halo 3 he was drifting through space aboard the UNSC frigate Forward Unto Dawn. His female AI companion Cortana had put the Chief into suspended animation with instructions to wake him when needed. For Halo 4, 343i needed the Chief in a big way and the game opens with him being woken as their ship becomes under attack near the Forerunner world of Requiem.

I must admit I was a bit nervous before playing Halo 4 due to Bungie’s departure because of their amazing work on the previous titles. My heart sank within the first few minutes when the Chief is faced with a QTE style section where you dodge falling debris while climbing an elevator shaft. However once that was done and the game gets going I was relieved to discover there was never any need to worry about 343i as the new developers.

343i haven’t just created a decent Halo game they’ve far exceeded expectations and created by far the best Halo game yet. They’ve pulled off a seemingly impossible task and everything about the game feels very Halo. In fact the whole thing manages to feel most like the original Halo: Combat Evolved which the previous two games failed to properly capture.

Being back in the Chief’s MJOLNIR armor suit with Cortana is brilliant and if you’re a long time fan things feel a little different but instantly familiar. Much of the new game is set on Requiem where you fight a new enemy called the Prometheans along with the Covenant. There’s also a big focus on Cortana who is falling into rampancy, a condition that affects AI constructs after seven years. She’s been in service for eight years and describes the condition as thinking herself to death.

The eight mission campaign is masterfully paced and it constantly keeps you entertained. The standard Halo difficulties are present and actually feel a little tougher this time around. I started on Heroic for my first playthrough but dropped down to Heroic around halfway. On Normal you should be looking at around eight hours for your first play through and maybe twelve hours or more for heroic and legendary. The campaign can be tackled solo, two-player local co-op or four players online.

The path through the game is actually very linear but there’s a nice variety brought about by the various vehicles, weapons and armour abilities. There’s a lot of choice in how you tackle a situation do you go on foot or hijack a vehicle? Take the sniper rifle or shotgun? Carry an energy shield or hologram generator?

All your favourite Halo vehicles are back including the Warthog, Ghost, Banshee, Wraith, Scorpion Tank and for the first time a Pelican. There’s a new Mech vehicle called the Mantis which carries a machine gun and rockets plus it can perform a devastating stomp manoeuvre. There is also a great section that involves a massive six-wheeled vehicle called the Mammoth.

Master Chief can carry two weapons at a time as well as grenades and single armour ability. The two weapon restriction requires that you think about what guns to carry and there are always plenty to choose from. Most of the USNC and Covenant weapons are familiar but the new Promethean weapons come with a learning curve on your first playthrough. My favourite of the new weapons is the Sticky Detonator which fires a sticky explosive shell that you can then remotely detonate.

The new Promethean enemies replace the Flood and can be tough to fight. There are fast moving four-legged Crawlers that can shoot as well as climb. They often move in packs and can be taken out quickly by aiming for the head. The Promethean Knights are a bit tougher than Covenant elites to take down as they dual wield and can teleport around the map. They can also spawn flying Watchers which can attack you from range, return your grenades, shield other Prometheans and also resurrect them. For an easier time it’s often essential to take out the Watchers first.

Graphically Halo 4 looks absolutely stunning and it’s one of the nicest looking games on the 360 showing that there’s plenty of life left in the console. The difference over previous Halo games is staggering and it is obvious that 343i have all the support they need from Microsoft. Everything in the game, from the environments to the characters, is incredibly detailed. Some of the lighting in the cutscenes in particular is simply amazing.

Like the graphics the sound effects in Halo 4 are great but I was a little disappointed by the new music by Neil Davidge. The music created by Bungie’s Marty O’Donnell for the original games was fantastic and hearing it made you think of the different parts of the game instantly. While atmospheric the new music just isn’t that memorable and despite the many hours I’ve spent with the game I can’t remember any of the music. There are parts of the game which are also eerily quiet and times when the music seems to end for no real reason.

In addition to the campaign Halo 4 features a mode called Infinity which contains War Games, Spartan Ops, Forge and Theater. Forge mode allows you to edit and build your own multiplayer levels and is expanded from the previous games. There are new features such as trait zones that alter player behaviours and really useful magnets that make lining up stuff far easier. The Theater mode is near identical and again allows you to create your own screenshots and movie clips.

War Games is the name for the competitive multiplayer modes and many classics such as Slayer, Capture the Flag, Oddball, King of the Hill and Team Slayer return. There’s a new Flood mode for up to 10 players where some start as Flood. Killing Spartans turns them into Flood and the Spartans must last as long as they can. Dominion is the most interesting of the new modes and features 6v6 and three bases. Players must capture and fortify bases then hold them to accrue points.

The multiplayer in Halo 4 is obviously influenced by Call of Duty. The multiplayer is faster than ever and even getting back into battle is near instant if you hammer the X button. There’s a new point system that rewards players for actions such as kills, assists and captures which gives another metric in addition to just the normal kill/death ratios that some players obsess over. Players can customise their loadouts and Spartan armour. You earn XP for playing and there are 50 levels to rank up to unlock new weapons and armour. The multiplayer map design is of a very high standard and the included maps will keep you going until the first DLC arrives.

The final mode is called Spartan Ops and the game comes with 5 of these missions which make up episode one. There are 9 more free episodes promised over the coming weeks which will give a total of 50 missions to play. These can be played solo or with up to four players in co-op and each takes around 10-20 minutes. These missions are accompanied by new cutscenes that follow the story of a new marine fireteam aboard the Infinity.

Halo 4 is an absolute triumph for 343 Industries and Microsoft. There’s a huge amount of content here with a satisfying campaign story that sets up the Reclaimer Trilogy perfectly, episodic missions and a highly customisable multiplayer. Halo 4 is the best Halo game so far and should keep players busy until Halo 5 arrives which presumably will be on the next Xbox. If you love Halo this is essential.

Greg Ellwoodhttp://www.entertainment-focus.com
Greg is the Deputy Editor of Entertainment Focus. He writes about Games, Tech and TV. You can find him on Xbox/PSN/Steam as Tahllian.
Previous article
The Walking Dead – Episode 3: Long Road Ahead review
Next article
007 Legends review