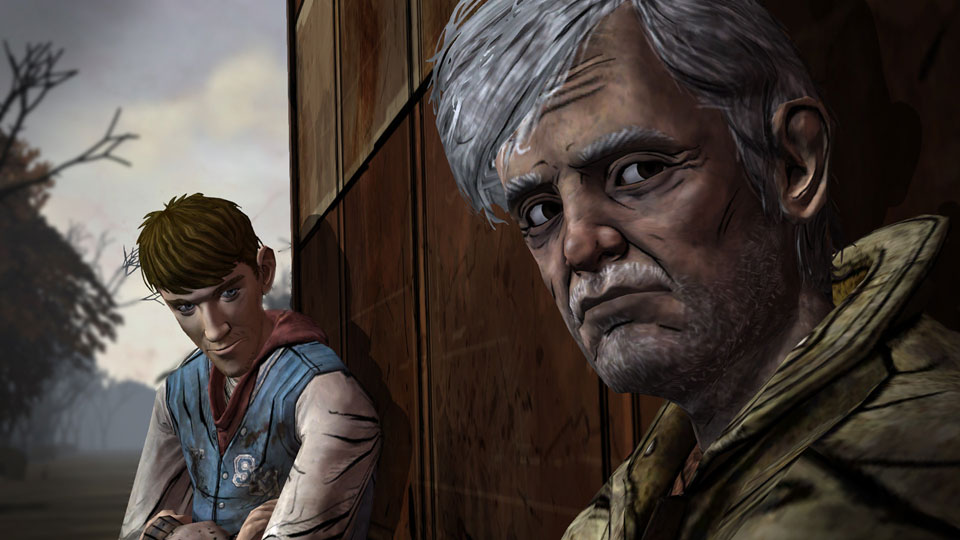 Telltale Games’ The Walking Dead video game adaptation has been critically-acclaimed and loved by fans of the comic book and TV show. The episodic approach is a perfect fit for the post-apocalyptic zombie-filled horror fest and we’ve been as hooked as everyone else. At the end of Episode 2: Starved For Help, Lee and the survivors happen upon an abandoned car filled with supplies. After the dilemma of whether or not to take the supplies, the group continues to try and stay alive in a barricaded motel.

Episode 3: Long Road Ahead is the longest and most brutal instalment of The Walking Dead to date. If you thought the choices you had to make in the previous episodes were tough then just wait until you get stuck into this episode. As we’ve said throughout the series so far, the decision-based gameplay is one of the selling-points of The Walking Dead and it doesn’t half make you feel guilty. Some of the choices feel impossible and even though you know you’re playing a video game you still feel way more emotionally involved than you’d expect. We won’t spoil anything but just be warned that about halfway through you have to make the toughest choice you’ve ever made and we laboured over it for some time (and felt guilty for a long time after).

In this episode the survivors soon realise that Macon is no longer safe to stay in and decide to move on. When they encounter a broken down train, they realise there could be an opportunity to get to the coast and potentially away from the walkers forever. Before you get to that point though there’ is lots of action involving the mysterious bandits, in-fighting within your own camp and some accusations of double-crossing and manipulation. As Lee you must try and separate the truth from the lies whilst keeping the camp together and in particular protecting Clementine. It’s no easy task and the game gives you a real emotional workout.

Long Road Ahead is longer in terms of gameplay than the previous two episodes. We clocked in around 4 hours of playing time from start to finish and that was without getting stuck too often. There are challenging moments throughout and several parts where we had to replay them as we kept getting killed. The battles against the walkers can be tough but once you get the hang of it you’ll breeze through them. Those moments are amongst the most intense and the thing we love about The Walking Dead is that you literally have no idea what is going to happen next.

By the end of the episode Lee and the survivors are in a very different situation than they were at the beginning and expect lots of change with your group. As the in-fighting gets too much you are forced to choose between your companions and the realisation that you made a mistake (like we did) is a difficult one to come to terms with. There are new characters and potential allies along the way but be sure to really interrogate anyone before you let them join you.

This episode also really fleshes out the relationship between Lee and Clementine. For the first time the two have to work as a team and Lee realises that he can’t allow Clementine to be protected from the harsh realities of the world and his own past. The scenes between the two characters are well-written and amongst the best in the episode. We took the honest approach with her during dialogue and it worked a treat.

As Long Road Ahead drew to a close we felt physically and emotionally exhausted. Our decisions re-ran through our minds as we wondered if we’d made the right ones. It’s safe to say that three episodes in we’re absolutely hooked and can’t wait to play through Episode 4: Around Every Corner. With a unique visual style, innovative controls and a really effective storyline it’s safe to say that The Walking Dead will appear on our best-of 2012 games list later in the year.