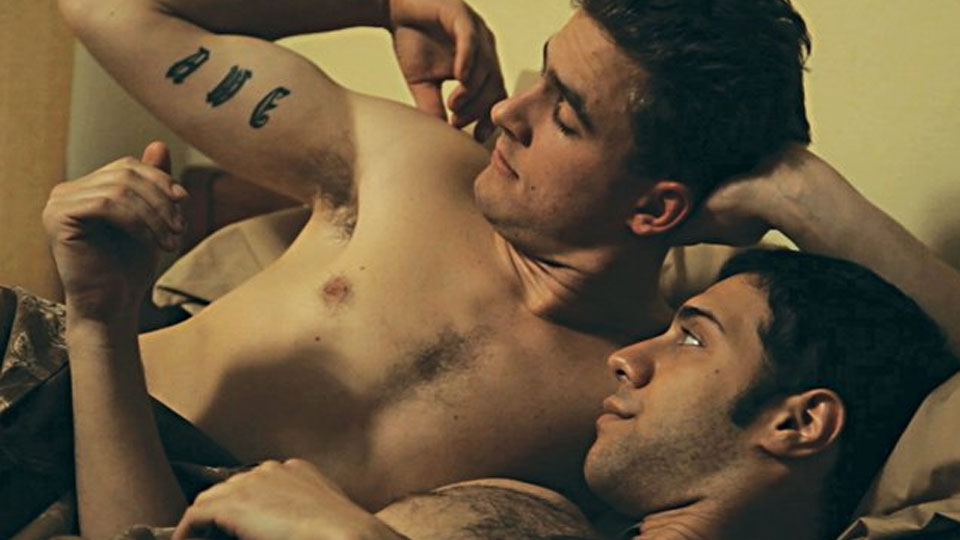 Morgan (Leo Minaya) is growing increasingly frustrated after finding himself wheelchair-bound following a sports accident. As he learns to adapt to his new life, Morgan has a chance encounter with handsome New Yorker Dean (Jack Kesy) which soon turns into something more than he expected. As Morgan tries to come to terms with his disability, he struggles to allow himself to fall in love with Dean using it to drive a wedge between them. Can he let his guard down and let Dean in or will Morgan push away a real chance at happiness?

Morgan is the fourth feature film from American filmmakers Michael Akers and Sandon Berg. The film is an emotional drama focusing on the titular character as he struggles to adapt to life as a paraplegic. Having previously been an athlete, Morgan struggles to accept that he can’t do all the things he used to do. When Dean comes along Morgan can’t understand why anyone would be interested in him and doesn’t allow himself to fall in love. The film is as about acceptance not only of the situation Morgan is in but also of his life and future.

As the film progresses Morgan becomes obsessional about racing in the same event that put him in a wheelchair to begin with. Despite his doctor, family and Dean pleading with him not to race, Morgan becomes stubborn. Part of the reason is that Morgan can’t accept that he’s in a wheelchair and wants to prove that he can do all of the things he used to do. What he loses sight of is the effect his determination is having on those around him.

What really gripped us about Morgan was the performance of Leo Minaya. He brings all of the frustrations and emotions of his character to the surface and you feel like you’re going through his struggle with him. You feel his frustration at not being able to live the life he had and you sympathise with him when he worries he may not be able to get intimate with Dean. Minaya’s performance is careful and considered but grounded in reality. You can really get under his skin as the film progresses. Jack Kesy is equally good as the swoonsome Dean. He is the picture of calm and brings reassurance and security to Morgan that he so desperately needs.

Morgan is an emotive and moving drama that had us hooked from start to finish. It’s an interesting slant for a gay movie with a strong storyline from Akers and Berg. Despite a couple of poor performances from some of the supporting cast, Morgan is a film we can highly recommend. It shows a different side to love and is a breath of fresh air in the gay cinema genre.