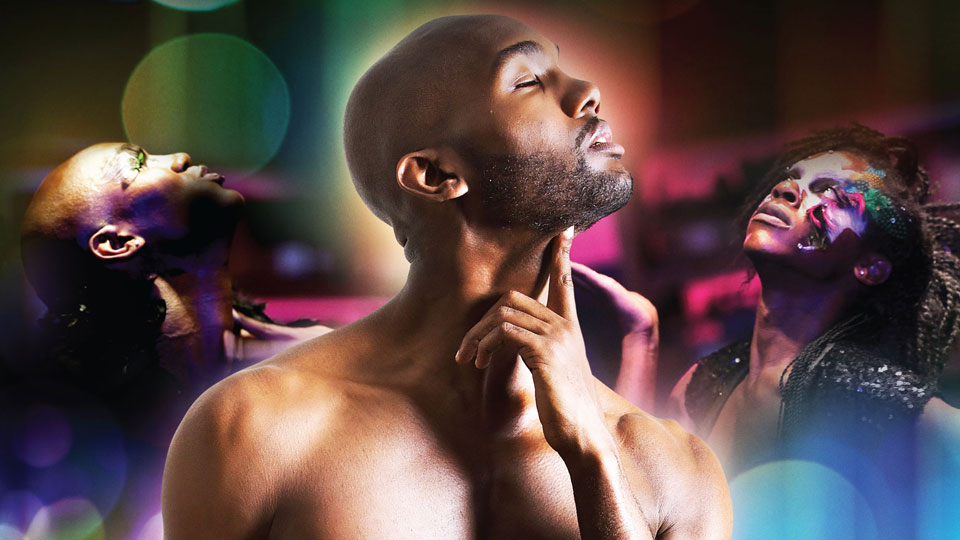 Leave It On The Floor is one of the freshest and most innovative gay movies to hit DVD in years. Packed with hard-hitting storylines, music and love drama, the movie has won widespread critical acclaim and is well on its way to becoming a gay classic.

One of the stars of the movie is newcomer Phillip Evelyn who plays the feisty Princess.

We caught up with Phillip to talk about the movie, find out what he learned from his cast mates and discover what he’s got planned next.

I’m in LA shooting another film. Bruno and Earlene Go To Vegas. Directed by Simon Savory. I’ve just finished a read through.

Leave It On The Floor has just been released on DVD. Tell us about the movie?

This is a fun-filled musical with a story about finding your own family. It spotlights an underground culture, giving a snippet of a life one wouldn’t just come to know about.

You play the rather colourful Princess. Tell us about the character.

Princess is a “want it all, want it now” kind of person. Knows what he wants and goes after it with no remorse. But there’s also a softer, rather sad side to him too. He seems to be looking for acceptance of who he is in his own right.

What preparation did you do for the role?

I just turned up the “ballroom attitude” a thousand notches and totally went for it!

What attracted you to the project? How did you become involved?

I was attracted to the project because it was something that I felt was important for people to know about. I felt as though there was a voice here, which needed to be able to shout. I became involved simply from a suggestion to try out. Being that it was a musical, and I sing, I auditioned solely based on that. Wasn’t even thinking about getting a main role.

Leave It On The Floor is your feature film debut. How nervous were you at the beginning of the shoot?

I honestly wasn’t nervous at all. Felt rather natural. I was really ready to roll with it! I just wanted to be sure that my delivery was spot on at every turn.

What did you learn from your fellow cast members? Who gave you the best advice?

Learn? I taught them everything they know! Lol No, really, I learned to relax a bit more. We were all in such great company together.

You get to sing in the movie. Is singing something you’d like to pursue alongside acting?

Absolutely. Music has always been my first love. So naturally I was thrilled that my first film was a musical. Singing AND acting. I couldn’t ask for more. But, yes, singing is definitely something I want to pursue going forward.

What do you hope that people take away from Leave It On The Floor?

I hope people realize that it’s ok to be who they are, no matter what. You’re your own person. And anyone that you bond with, cherish, an/or love can become your family.

What else is coming up for you this year?

I’ve just finished modelling in a few shows for fashion week in NYC. I’m working in LA now on this new film. And it’s possible that LIOTF may be taken to the stage right here in London!! So that is something I’d definitely be looking forward to. This year is looking quite sunny.

Leave It On The Floor is available on DVD now through Peccadillo Pictures.

In this article:Leave it on the Floor, Peccadillo Pictures, Phillip Evelyn