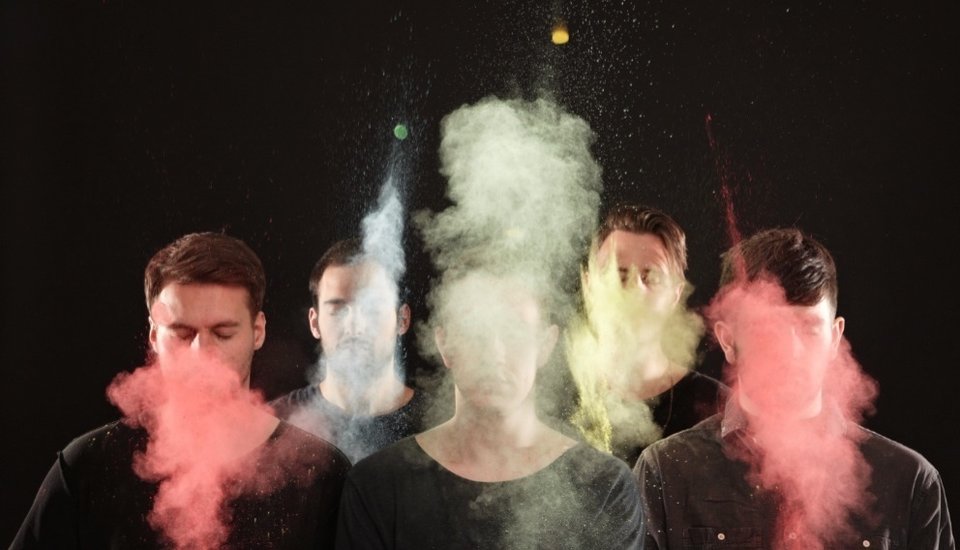 Showcasing the stunning talents of vocalist Adam Kane throughout, striking lead track So Calm earned widespread critical acclaim and was crowned as Zane Lowe’s ‘Next Hype’. The song was an honest entrée to precede Votive Life, setting the bar high for the album, which is very unlikely to disappoint fans of the single. This impressive platter of a first album serves up a devastatingly delicious blend of sumptuous riffs, droned guitars and simple backbeats that is sure to satisfy.

Magical musical interludes Handle and Me You Soon are guaranteed to lull you into a dreamlike state and soothe you into a place of tranquillity before launching you into the next effortlessly gorgeous instalment of drifting delight.

Sounding somewhat like a much worldlier and far more outspoken shoe gazing ensemble, Cave Painting produce sounds that blissfully blur the lines between chill out and tropical to fantastic effect.

As the follow up to their 2011 EP You’ll Be Running Soon Cave Painting’s first album may prove to be a bit of a grower for some, but it’s guaranteed to have you nodding along to tracks after a few listens. Bold opener Leaf demonstrates the band’s versatility from the off, showing that their tunes contain an essential meaty backbone to accompany the, on occasion frustratingly, unintelligible lyrics. Although, having said this, the words don’t exactly seem to matter when the instrumental is so damned good.

Standout tracks Gator and Handle provide a welcome contrast to the multiple scattering of easy listening offerings that can lack depth, hinting that the band have a whole lot more than just laid back beats in their repertoire.

Imagine if Vampire Weekend had taken a sabbatical, travelled the world and lived without earthly possessions for a year; they would return as Cave Painting, sounding ethereal, wise and utterly calm.

Though Votive Life would undoubtedly be the best soundtrack to lying untroubled on a whitewashed beach, EF reckons that it sounds equally mesmerising against the backdrop of falling rain; winter will soon be a forgotten concept with Cave Painting.

Expect big things from this band.