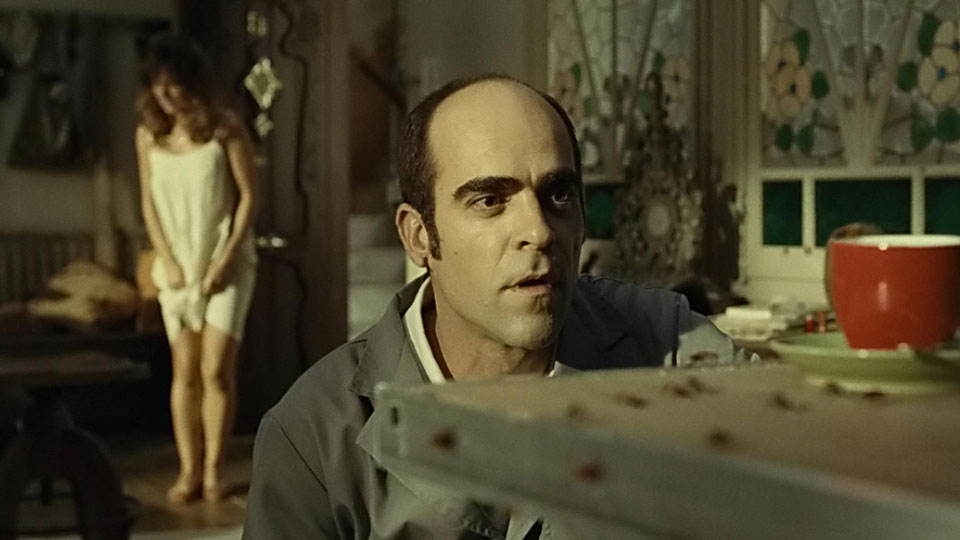 Cesar (Luis Tosar) works as a concierge at an upmarket apartment block in Barcelona. Despite appearing polite and friendly, Cesar is actually a sinister, deeply disturbed man who sneaks into the apartment of the beautiful Clara (Marta Etura) at night. As he gets himself into a routine with Clara, which she is unaware of, Cesar is furious when her boyfriend starts to get in the way. Soon things spiral out of control and Cesar must cover his tracks to avoid being found out. With the police suspicious of him, and a young girl down the hall witness to his night-time routine, time is running out.

Sleep Tight is a masterclass in suspense from Jaume Balaguero that takes pointers from Hitchcock and Polanski. Enjoying its UK premiere today at Frightfest, the taut-thriller keeps you on the edge of your seat as Cesar’s actions get more and more sinister. The way in which Cesar’s obsession with Clara grows is intriguing and disturbing, and it soon becomes clear that he’s got more than a little crush on her. Lingering camera shots of Cesar lying under Clara’s bed whilst she’s in it serve to unsettle the audience but it’s what he does when she’s fast asleep that’s really despicable.

What works so well about Sleep Tight is the rich character development. From the multi-faceted Cesar to the seemingly shallow Clara, every character evolves throughout the movie. It would have been easy to make a movie like this and paint all the characters as two-dimensional but that’s definitely not the case here.

Luis Tosar is simply magnificient as Cesar. His performance is nothing short of a tour-de-force and he has a menacing edge that is deeply unsettling. Tosar’s performance makes it impossible to fully hate Cesar despite all of the horrible things he does. Instead he humanises the character as someone who simply cannot be happy and it’s his unhappiness that makes him act in the way that he does. Marta Etura is equally strong as Clara. She plays the character in a naïve and carefree way and she simply cannot see the bad in Cesar, despite what her boyfriend’s suspicions say. Iris Almeida steals the film as the pesky Ursula who bribes Cesar in order to keep his secret. Her performance is fantastic and she has a bright future ahead.

Sleep Tight is a disturbing but deeply rewarding cinematic experience. From the rich direction through to the powerhouse performances, it doesn’t set a foot wrong. Stylistically the movie recalls the greatness of Hitchcock and it has a jaw-dropper of a final scene. Horror it may not be, which is odd considering it’s showing at Frightfest, but magnificent it certainly is. Sleep Tight will ensure you don’t get a wink of sleep next time you’re home alone. Just remember to check under the bed before you go to sleep.