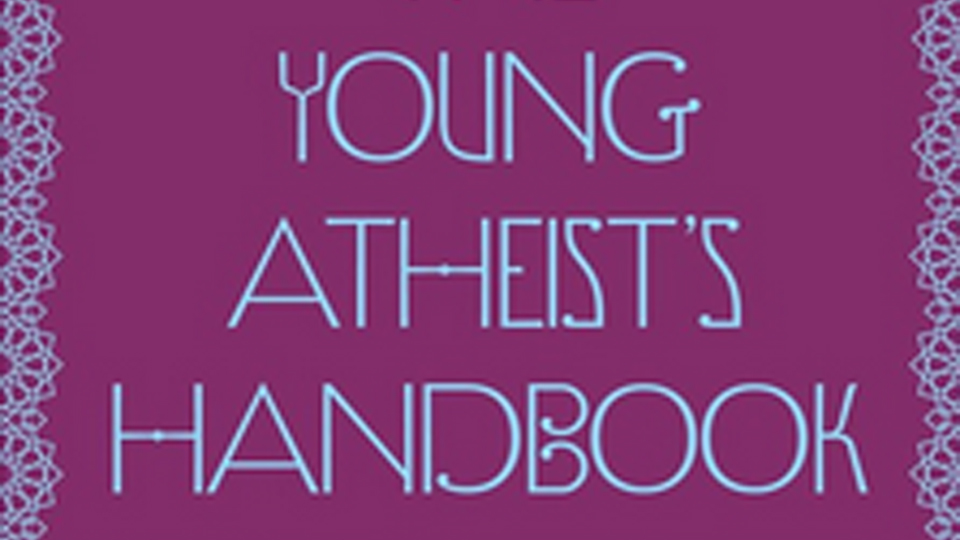 The Young Atheist’s Handbook – Lessons For Living A Good Life Without God is a new book by ex-Muslim Alom Shaha. It’s a tricky tome to pigeonhole into any one genre: it’s part memoir detailing his formative years growing up on a London estate having moved from Bangladesh when he was three years old, up to his current life as a science teacher, with his rejection of Islam in between. It’s part polemic about why Shaha doesn’t think that any religions are in any meaningful sense ‘true’; and part a promotion of scientific rationalism as the best viewpoint to govern human lives.

The title (as the author acknowledges in the epilogue) is a little misleading. It isn’t a prescription for how to live as an atheist, nor is it an instruction manual on how to deconvert oneself from theism (though it offers plenty of enlightened reasons to help those still stuck within theism). Nor is it specifically designed to attract younger readers! What it does supply is concise and robust arguments in favour of atheism told from a highly personal perspective. Anyone who’s already an atheist reading the tome is likely to find places in the narrative where they nod or smile knowingly, or laugh in recognition of themselves. For the non-theist, The Young Atheist’s Handbook is like a cosy blanket of familiarity, or like supping an iced drink in a summer’s garden.

The theist may be wounded or off-put by Shaha’s open and vigorous rejection of their worldview; but he’s so highly personable a host it’s hard to imagine any serious offence following. There’s a devastating logic to his arguments too, and as Shaha asks his theist reader… just think it through…

Shaha writes with a highly-engaging first person narrative that is crisp and highly readable. It’s like asking someone at a party why they don’t believe in a god and them taking you to one side and capturing you with their compelling story that you’re more than happy to stay and listen to.

Many of Shaha’s arguments in favour of atheism are familiar from the weightier, more academic tomes on the subject that have appeared in recent years, notably Richard Dawkins’ The God Delusion and Christopher Hitchens’ god Is Not Great. This isn’t a problem for the book, and as the author acknowledges, it was never one of his intentions to add to the weight of atheistic argument. As such, some passages may sound a little familiar from the endless debates with theists that are all over Youtube; and The Young Atheist’s Handbook is in some respects a rewritten ‘greatest hits’ of atheist literature.

Despite not adding much to the argument, The Young Atheist’s Handbook succeeds in two principle ways. Firstly, it offers an important perspective of the atheist mindset from the under-represented British Asian perspective, and he joins Ibn Warraq and Ayaan Hirsi Ali in criticising a literal interpretation of Islam (though he also robustly defends Muslims against what he perceives as western Islamophobia).

Secondly, although Shaha is a science teacher, he offers a compelling case to say that he disbelieved in the supernatural long before his interest in science took root. Loving his job but occasionally asked direct questions about what he believes, Shaha has come to the conclusion that he enjoys science and is an atheist as a consequence of thinking in a scientific way, which predated any interest in science taking root. It’s rewarding to hear about atheism from someone at the ‘coal face’ rather than a world famous scientist or leading public intellectual. As such, Shaha’s easy-going style and personal account may well help to popularise atheism and remove the perception of it as only an option for white, middle-class scientists.

To pinpoint the root of the thesis, Shaha attributes his encroaching childhood loss of faith for reasons familiar to many, through his experience of painful grief. Whilst Shaha paints a vivid picture of his mother and the affection he holds for her is palpable, it’s only later in the book that we properly meet his father. It’s almost as if Shaha is putting off writing about him since he frequently tells us of his difficult relationship with his father before we have any idea of the context. There’s also a sense of the author holding the reader at arm’s length when it comes to his love life, too. Important relationships are hinted at but rarely divulged in detail. It’s not a matter of prying so much as taking from it a feeling that the author is slightly holding back.

In fairness it may be more of a problem with the structure of the book than the author’s deliberate intention to conceal.The Young Atheist’s Handbook reads like a memoir with long digressions about religion, and in that respect it falls somewhere between two stools and relies for its success on the undoubted charisma of the author.

Despite those small misgivings, The Young Atheist’s Handbook rattles along at a terrific pace and at just over two hundred pages, can’t be accused of outstaying its welcome. Shaha is a fascinating if occasionally unforthcoming guide through his personal account, and his book is a welcome and worthwhile addition to atheist literature. He is an important new voice in the move against faith.