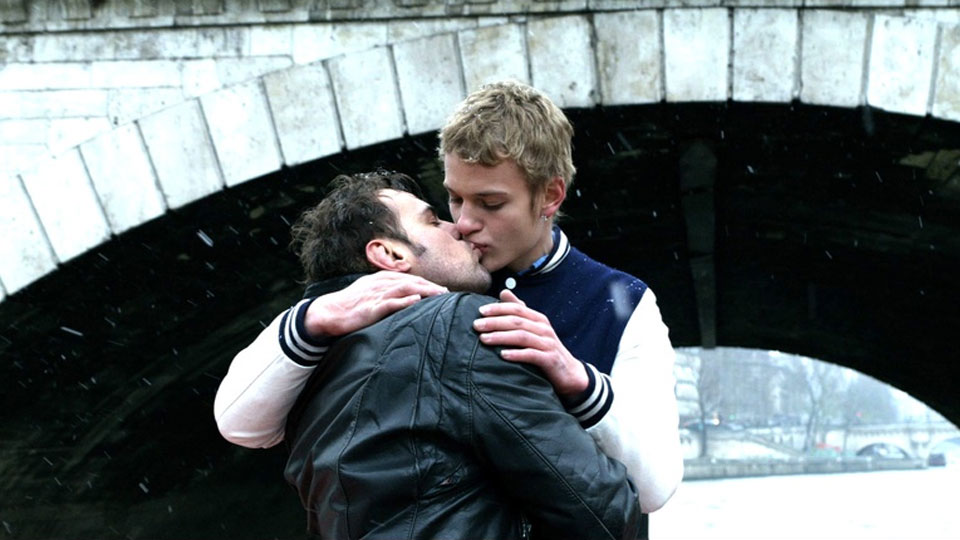 Vassili (Stephane Rideau) is an ageing prostitute who happens upon handsome young Angelo (Dimitri Durdaine) after committing a murder. Taking the younger prostitute under his wing, Vassili soon realises the benefits of his new young friend as a way to make lots of money. As the two men become very passionate about each other very quickly, they embark on a whirlwind adventure filled with sex, drugs and murder.

Our Paradise is the latest movie from writer/director Gael Morel. The dark psycho-sexual thriller combines sizzling sex scenes with rather shocking scenes of murder. As sexy as it is disturbing, the movie has a cohesive story that slowly builds. There are plenty of things that don’t quite get explained but it doesn’t really matter. Angelo’s understanding of what his new lover is up to is never particularly clear and as their relationship continues it seems Angelo falls into bad behaviour without any hesitation. His character isn’t developed from a backstory point of view and we do learn early on that Angelo isn’t actually his name.

Direction-wise we actually thought Our Paradise was quite bold. There’s some beautiful camera-work and the sculpted body of Dimitri Durdaine provides plenty of lingering shots from all angles to tease and tantalise.

Stephane Rideau looks almost unrecognisable as Vassili. We were surprised to see the gut he’s carrying about in the film but he perfectly encapsulates the has-been character. He plays the role with an edge of menace and frequently comes across as disturbing. Dimitri Durdaine on the other hand is simply stunning and his sex appeal oozes from the screen. Looking a bit like a young Justin Timberlake, the youngster makes quite the impression. Rideau and Durdaine have a great chemistry and their sex scenes in particular are sizzling.

Our Paradise is an intriguing and involving adventure that takes darker twists and turns than you’d expect. The opening sequence is a bit of a shocker and the mix between sex and murder ramps up as the film progresses to its shocking climax. If you’re a prude we wouldn’t recommend this movie but if you’re open to a bit of graphic sex with a decent storyline supporting it then you’ll be pleasantly surprised.