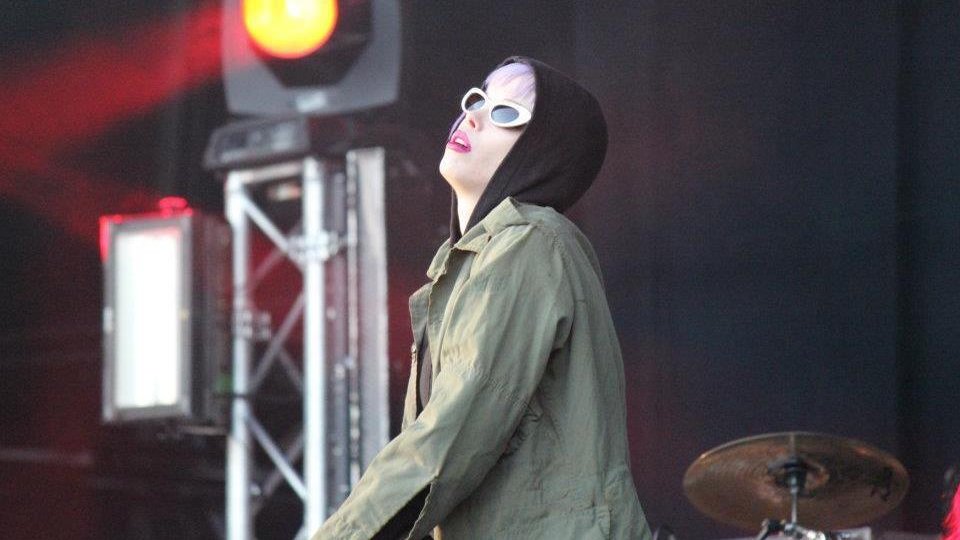 Running three days and being the only award-winning London festival Lovebox has quickly established itself as the capital’s best festival indeed. This year the festival had another great selection of artists playing, such as Friendly Fires, Grace Jones, Magnetic Man, Crystal Castles, Lana Del Rey and many, many more. EF was there Friday to mind the club day of Lovebox.

Following the success of last year’s sell-out show Loveboxtook a gamble having to take place a month earlier. The site was certainly muddy but this didn’t seem to discourage fans who where there for a day of incredible dance acts. Supplier kicked things off at the Big Top stage whilst Fact DJs were taking care of things over at the Stockade. We also heard Ms Dynamite delighted her fans at The Big Top stage proving that she is still a contender in the music scene.

For a London festival, Lovebox has quite a few stages on offer giving punters their money’s worth. The smaller stages also had a lot to offer with great grime artists such as Lords Of The Mic, which stunned their crowd with consistency and full on energy. Our favourite intimate stop was the Downlow stage set in a hotel! The small but eccentric venue had people like Benji B and Ben UFO causing all sorts of havoc.

Over on the main stage artists like We Have Band and Devlin took care of business. Eighteen-year-old Madeon put quite a few DJs to shame with his brilliant set and even with his youthful looks seemed to have the respect of an older crow.

Highlights of the day were easily the fabulously bonkers Crystal Castles. Packed with attitude and crazy energy the Canadian electronic duo captivated a huge crowd on the main stage. Tracks like Not In Love and Baptism really got everyone dancing and Alice Grass is undisputedly a force to be reckoned with. Also a huge hit at the festival was well established DJ Jaguar Skills who with his trademark facemask controlled a crowd of ecstatic fans.

Friday’s leg of Lovebox festival was a success not even a storm could have ruined this fabulous day filled with great music, intense atmosphere and beautiful people. See you next year for more.