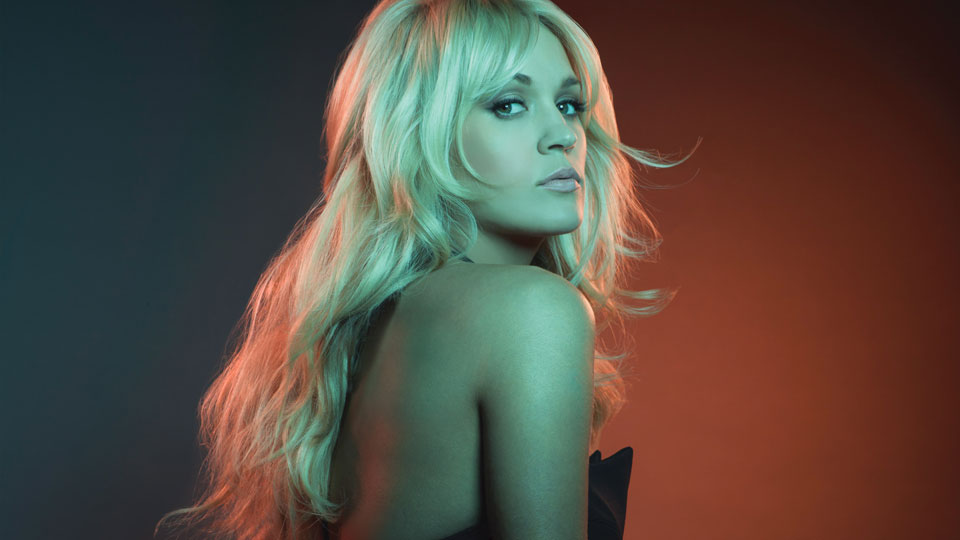 Carrie Underwood won American Idol seven years ago and has since sold over 14 million albums worldwide. Frequently topping the US country chart, Underwood has made little-to-no impact outside of the US. In the UK she’s relatively unknown with none of her three solo albums being promoted here. All that is about to change as the promotional push has finally kicked in for album number four Blown Away. To mark the occasion Underwood performed her first UK concert last night at London’s Royal Albert Hall.

Before the concert began the atmosphere in the Royal Albert Hall was electric with a real buzz circulating before Underwood took to the stage. UK fans have waited a long seven years for Underwood to make her live UK debut but could the show live up to the anticipation?

Arriving on stage shortly after 8.30pm with no support act, Underwood arrived to an instrumental interlude of Blown Away before launching into the album’s lead single Good Girl. The rock-tinged country stormer proved to be the perfect number to get the crowd on their feet and singing at the top of their lungs. For the entire show the majority of the crowd stayed on their feet participating in any, and every, way they could.

Over the course of the setlist Underwood perform songs from all four of her studio albums ranging from her first proper single Jesus Take The Wheel from 2005’s Some Hearts through to current US single and title track of her new record Blown Away. There were plenty of surprises along the way with Underwood digging deep into her catalogue. The banjo-filled Flat On The Floor was an early highlight, the touching Temporary Home from 2009’s Play On provided one of the best vocals of the night and 2007’s Carnival Ride album track Just A Dream was as emotive as it was beautiful.

Mid-way through the set Underwood stripped things back with her band singing several songs acoustically. Unconventional love song Quitter had the crowd whooping and hollering whilst summer-themed One Way Ticketdefinitely left us wishing the sun would come out and get rid of the UK’s current miserable weather. Bridging the acoustic section back to the full band, Underwood performer Play On highlight Undo It encouraging the audience to sing-a-long with the ‘na na nana na na’ melody throughout.

To celebrate her first time in the UK Underwood explained that she wanted to perform a track from a British artist or group as she had huge respect for our musical talent. We  were fearful that we’d have to hear yet another Adele tribute but Underwood surprised by covering Coldplay’s Fix You. Despite admitting to being nervous about performing the track, she pulled it off with ease adding a new twist to a modern classic.

Our favourite moments were the uptempo Last Name, a story about getting a little wild after a few too many drinks, and the revenge-anthem Before He Cheats. The two songs are possibly Underwood’s best-known here in the UK and they went down a storm. Underwood’s vocals were flawless as she growled every bit of emotion into the lyrics.

For the encore Underwood returned to the stage to perform I Know You Won’t from Carnival Ride before finishing the night with Blown Away. The darker tone of the final song meant that the concert ending felt pretty epic as Underwood unleashed the true power of her voice before leaving the stage.

Vocally Underwood was on remarkable form. A true powerhouse vocalist, Underwood used her full range moving from quiet whispers to full on belts at the top of her range. She sounded fantastic throughout the show captivating the audience and leading her band throughout. With Kelly Clarkson, Underwood is probably the strongest vocalist to come from American Idol.

Carrie Underwood’s debut UK show was an absolute triumph. Showcasing some of her greatest songs, Underwood performed a storming 90 minute set that crammed in a serious amount of top notch songs. She’s an incredible live performer and she more than provide that she has what it takes to win over the UK. With Blown Away set to debut I. The top 10 this weekend it looks like the tide is about to turn which hopefully means there’ll be plenty more UK live shows from Underwood in the future.