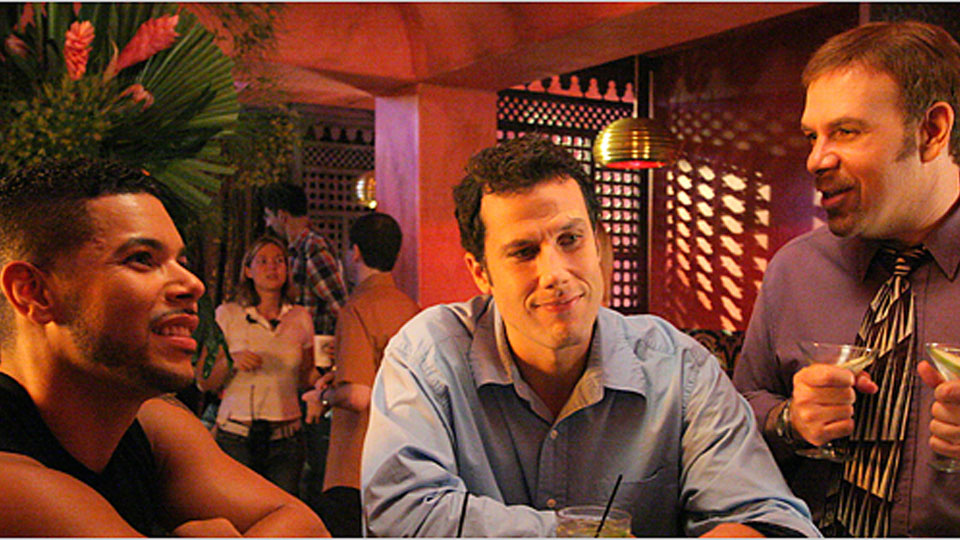 The classic story of a ‘straight’ man struggling to come to terms with his sexuality has been played out on screen numerous times over the years. Despite being a well-trodden path none of them has done it quite as uniquely as little known comedy Coffee Date, which is the focus of our latest instalment of the aptly named Celluloid Closet.

Originally released in 2006 Coffee Date tells the story of down-on-his-luck Todd (Jonathan Bray) whose brother sets him up on a date. When he arrives for his date, Todd is surprised to discover the woman he is due to meet is actually a gay man called Kelly (Wilson Cruz). The two men quickly discover they have lots in common and become friends leading everyone to think that Todd is gay. What they don’t know is that he too is questioning his sexuality as his coffee date turns his world upside down.

One of things that Coffee Date does so well is explore the idea of a straight man becoming friends with a gay man. Even in today’s society it still seems to be taboo for straight and gay men to be friends with people often assuming the straight man is hiding his true sexuality. As Coffee Date showcases it’s not always as clear cut as that but for Todd the burgeoning friendship with Kelly leads him to the same confusion that society forces upon him.

Coffee Date delights in doing the unexpected with Todd and Kelly’s relationship taking a few turns you won’t predict. The reaction of Todd’s family to the ‘news’ that he’s gay (even though he doesn’t think he is) is hilarious with his mother flying into town to spend time with him and his brother struggling to cope with it (and hiding a secret of his own).

Aside from Jonathan Bray aka Todd being rather hot, Coffee Date is worth a watch for the performance of Wilson Cruz. Cruz made his name in shows such as My So-Called Life and Ally McBeal and is a joy to watch in this film. He really showcases what it’s like to fall for a straight guy and even Kelly can’t believe that Todd would be friends with him without there being more to it.

An added bonus of the movie is a small role for 80s icon Deborah Gibson who stars as a colleague of Todd’s who’d like to get him into bed despite the rumours that he’s gay.

Director and writer Stewart Wade showed real promise with Coffee Date and he’s gone on to have another acclaimed hit in the shape of Tru Loved. The 2008 feature continued to challenge views of what is seen to be normal in the modern, ever-changing world.

Coffee Date is all about turning convention on its head and answering back to the view of society that straight and gay men can’t be friends. Essentially if two people get along and share common interests what should it matter what their sexuality is?

Coffee Date is available through TLA Releasing to buy now.