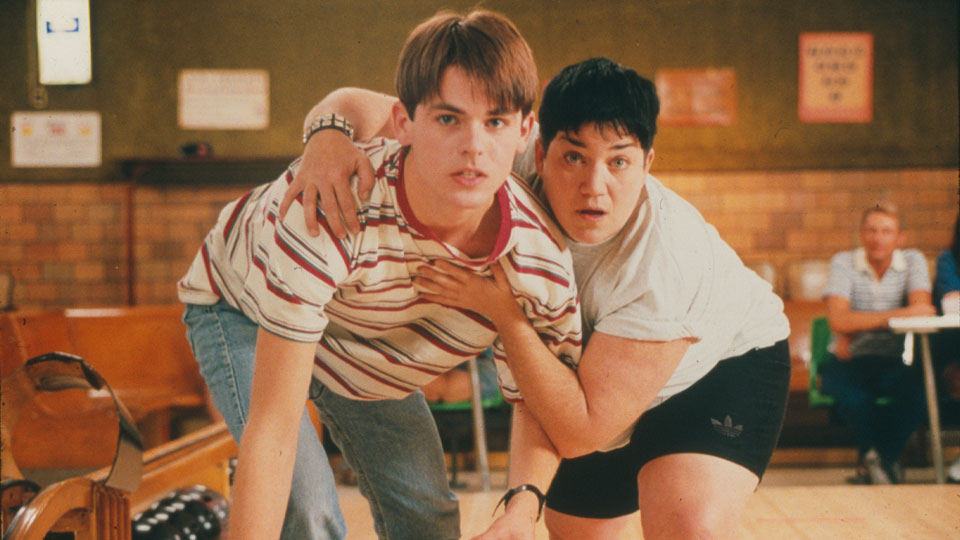 Welcome back to Celluloid Closet. Following our first instalment in February which focused on the classic gay movie Regular Guys, we’ve got another movie to share with you for our second instalment. Coming out is never easy for anyone and everyone has very different experiences, and reactions, when they finally do it. Over the years there have been many coming-of-age movies but none of them are as relatable as the wonderful Edge Of Seventeen.

Originally released in 1998, Edge Of Seventeen is set in 1984 and tells the story of Eric (Chris Stafford), a 17-year-old whose life changes after spending his summer working at a local amusement park. Whilst there he meets openly gay college student Rod (Andersen Gabrych) and instantly they have chemistry together. One thing quickly leads to another and the two boys sleep together. Unsure of whether to fully embrace his true sexuality or carry on pretending to be the straight son his parents wanted, Eric turns to his friend Maggie (Tina Holmes) in attempt to be ‘normal’ whilst still pining for Rod.

Edge Of Seventeen is one of the best coming out movies we’ve seen and it perfectly captures the conflict between confront your true feelings and trying to be who you think people expect you to be. Eric can’t come to terms with his sexuality and sees his friendship with Maggie as a way to suppress his feelings and confirm his heterosexuality to the world.

Eric falls into the trap that many teenage gays do towards the beginning of the movie. Putting more feeling and attachment into his fling with Rod that he should do, he quickly becomes smitten not realising that what he thought was a relationship was in actuality just a summer fling. For the rest of the movie Eric is torn between contacting Rod and enjoying random encounters after a little too much to drink. From the experience of our own youth we know we’ve been there and watching Eric make the same mistakes we did brings back some rather embarrassing memories.

On top of the engaging and relatable storyline, Edge Of Seventeen also boasts a killer 80s soundtrack that provides the perfect backdrop for Eric’s struggles. Many scenes from the movie show Eric in a local club with his gay friends dancing the night away and it reminds us what a great period the 80s were in terms of music.

Edge Of Seventeen is a movie that all teenagers, gay or straight, should watch. For those kids coming to terms with their sexuality it’ll help them understand how to embrace their sexuality and be themselves. For those straight kids watching it’ll highlight the difficulty that gay teens have coming to terms with their sexuality in a society that constantly tells us heterosexuality is the norm. Coming out is not an easy thing to do but if Edge Of Seventeen teaches you anything it’s that hiding your true self is the easiest way to hurt those closest to you and it can make you feel incredibly lonely.

Edge Of Seventeen is available to buy on DVD now through TLA Releasing.