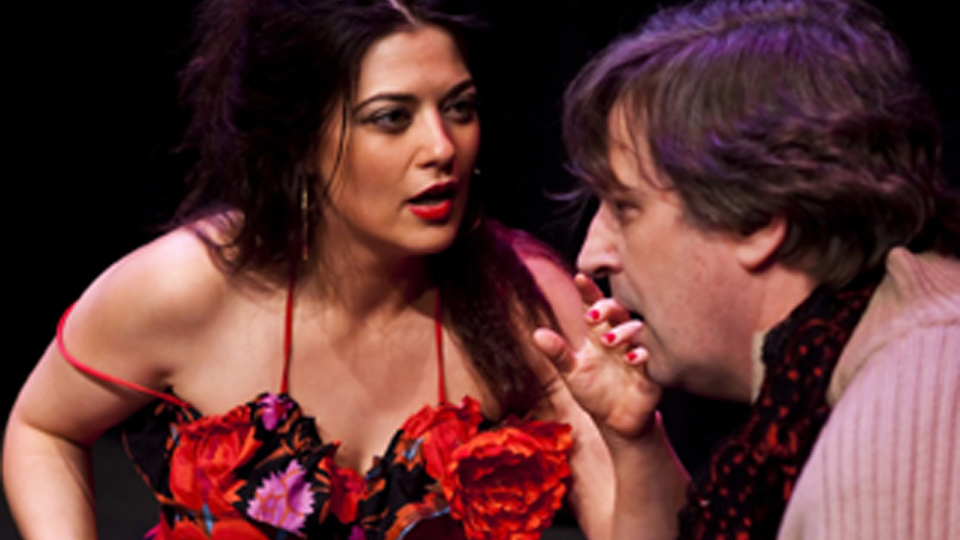 Theatre has been booming in 2011 and we’ve been lucky enough to see lots of great shows.

Our theatre critic Greg Jameson gives us his round-up of the best theatre shows from the year.

Check out his Top 10 countdown and see if your favourite show made it into his list.

George Bernard Shaw’s comedy about class was rendered memorable at the Garrick Theatre in London’s West End by Rupert Everett’s central performance as the witheringly contemptuous Professor Higgins. Kara Tointon proved a revelation as Eliza. Together they were electric.

9. The Adventures of Wound Man and Shirley

Chris Goode’s endearing and imaginative one-man show about a teenager who finds an unlikely superhero living next door was at once funny, quixotic and moving. Staged at Battersea Arts Centre, the intimate surroundings served the festival show well.

Staged at Bromley’s Churchill Theatre, this touring production of Nutcracker proved a visually-stunning pre-Christmas treat. A brilliant retelling of Tchaikovsky’s classic ballet, featuring some truly wonderful dances,Nutcracker was an explosion on the visual senses, lacking only a live orchestra to lift it to greatness.

7. The Importance of Being Earnest

Staged at the Rose Theatre in Kingston, this adaptation of Wilde’s classic was a full-blooded Victorian affair, with exquisite costumes and great performances making it a feast for all the senses. The comic timing was impeccable.

A satire on celebrity culture and the 1980s, the absurd but riotously funny musical ostensibly about the life and career of newsreader Michael Buerk debuted in Leeds to excellent notices. Featuring original songs, a live band and evil voodoo weatherman Ian McCaskill, Buerk! The Newsical is pure entertainment.

A great version of Ibsen’s classic early-feminist work staged at the Lowry in Manchester. Whilst no longer shocking as it was to contemporary audiences, A Doll’s House remains a masterful play with themes that continue to resonate. Universally excellent performances made this modern translation a mesmeric piece of theatre.

A punchy adaptation of a Jacobean tragedy was staged in the industrial setting of the Southwark Playhouse. It featured two standout performances and fully justified its modern setting.

Lee Hall’s play about the Geordie miners who, under the tutelage of a university lecturer, took to painting their daily lives and environments, is one of the most emotionally engaging plays to debut in recent years. Exquisite performances brought the best out of an excellent, if slightly verbose script, and the use of the paintings on stage was highly original. A brilliant exploration of the value and meaning of art. The touring production was reviewed from its run at the Churchill Theatre, Bromley.

The final performance at the Liverpool Everyman was thankfully, given its rich tradition, stunning. David Morrissey’s towering central performance as Macbeth made this a hugely special adaptation of Shakespeare’s classic tragedy. The production was literally hair-raising and frequently drew gasps from the audience. Spellbinding.

Robert Gillespie’s excellent inky comedy on the nature of love and the implausibility of monogamy enjoyed two runs in London theatres. Written for two actors, Love Question Mark was a brilliantly performed and tightly-directed play with a thoughtful, challenging, disturbing and funny script. There’s nothing else quite like it. EF interviewed Robert Gillespie about his play.

Robert Gillespie – ‘Are You Going to do That Little Jump: The Adventure Continues’ review