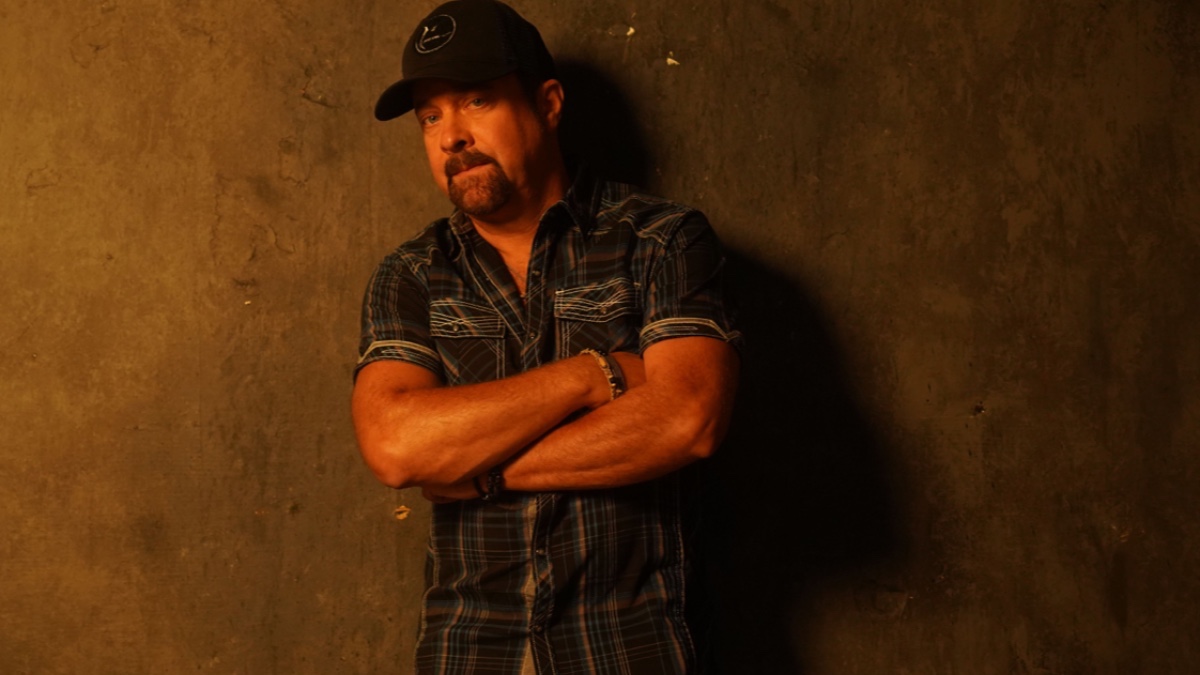 In his career, Colton James has opened for established artists like Toby Keith, Chris Cagle, The Chicks, and Jason Aldean. He has also held performances for events and places that are near to his heart like Race For The Cure and The Susan G. Komen Foundation. With the release of ‘America’, James is making fast strides toward the next steps and taking on multiple projects whilst still maintaining his music career.

One of those said projects includes Colton partnering up with Rick Dawson, owner of 2022 Kentucky Derby-winning thoroughbred Rich Strike, to launch RedSunset Entertainment, a Nashville-based multimedia company. It is set to produce records, television, radio programming, and more.

When it comes to television and radio programming, Rick and Colton are working to bring Reel Water Cowboy, a show combining music, fishing, and cuisine from all over the world, to the big screen and the Reel Water Cowboy Radio Show. In the meantime, James is bringing his version of ‘America’ to people in the form of this 7 track EP which is soaked in patriotism, nostalgia and a by-gone simplicity that lots of people will find hits home in terms of sonics, values and meaning.

Six of the seven tracks on ‘America’ feature James as a co-writer and it’s clear, from the outset, what it is that drives him. ‘I Miss America’ comes across all Toby Keith with its chugging guitars and patriotic lyrics. It’s an ode to a country and a time of shared values, religion and family that James believes has gone now. ‘Life was so much simpler back then…..I miss the America I grew up in,’ James states in a rich, deep vocal and anthemic vibe. ‘Take This Country Back,’ meanwhile, takes things a step on from simple nostalgia as we find James actively advocating to turn the clocks back ’20 years or so,’ on a bombastic track driven by big drums and a little Rock and Roll guitar. This is heartland Rock with a simple message although the elephant in the room, without letting things get too political, is that I’m not sure who, exactly, James is advocating taking America ‘back’ from?

Elsewhere on ‘America’ there are tributes to farmers and rural families on the Kendall Marvel-penned ’47 Acre Farm’ and also on ‘American Farmer’. James certainly knows his audience as he details a life of ‘blue collar sweat and red dirt ground.’ The songs on ‘America’ all share a similar structure based around quieter verses and then bigger, more explosive choruses. ’47 Acre Farm’ is a tribute to families building things from the ground up. There is a nostalgic, Spielberg-esque undertone at play here that evokes images of the heartland and classic works like Grant Wood’s ‘American Gothic’ painting. ‘American Farmer’, meanwhile throws a little Bon Jovi feel into the mix with its guitar orientated chorus about pride, patience and strength.

No tribute to America would be complete without a song about the military and ‘Brave Men’ is James’ tribute to that institution and way of life. Piano flourishes and Bluesy guitar licks are the order of the day on this song about joining the military at 19 years old and going off to serve. ‘I would bleed for the flag,’ James sings, ‘to make sure the stripes stay red.’ This song builds to a sort of Big & Rich style ‘8th of November’ chorus in which James’ strong vocals carry it forward and also suit the spoken word monologue that happens in the songs’ final third. It’s a stirring and patriotic song that will hit home for many families in the American south.

The EP is completed by two final songs, one about love (‘Ring on Her Finger’) and one about understanding the importance of the simple things in life (‘Richest Man Alive’). The former is a gentle but insistent song with perhaps the most simple, yet effective chorus on the whole EP. Part Trace Adkins, part Rodney Atkins in its vibe, it’s a lovely ode to being in love with your best friend. ‘Richest Man Alive’, meanwhile, is a reminder to all that ‘money can’t buy you happiness’ but love, faith and family can. There’s an anthemic chorus here, full of heartland strength that sees the song build to a delightful, Richie Sambora-esque guitar solo that is both appropriate and evocative in helping to deliver James’ vision.

‘America’ is a nostalgic, patriotic ode to a way of life and a vision of the country in a time when people worked hard, shook hands and shared the same values. It’s a stirring piece of work delivered in a passionate way. You can go down all sorts of philosophical rabbit holes trying to work out whether this version of America actually ever really existed or whether or not it is just a construct invented by the media or politicians to propagate a set of views and values but there are thousands of people out there who either think it did or wish it did and for them this EP will hit the spot in terms of tone, sound, style and message. It’s well put together and musically strong, being home to a set of songs that will make you want to sing, dance and hop in a DeLorean back to the halcyon days of the 70s and 80s where life was simpler and the country that Colton James is paying tribute to throughout this 7 track EP was much more unified than it is today. For some people.