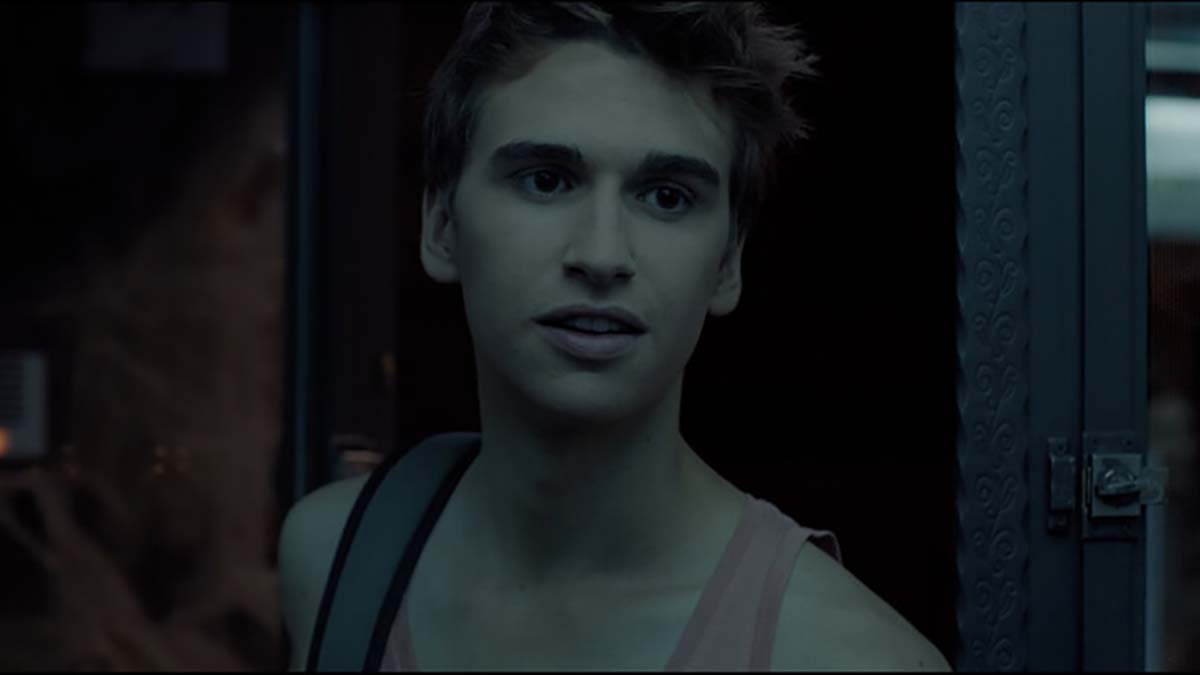 The Phantom of the Sauna - Trailer.mp4 from TLA Releasing on Vimeo.

Young rent boy Javi (Nestor Goenaga) is in desperate need of work so he turns to his local bathhouse. After being hired, Javi acquaints himself with the goings-on in the sauna and discovers that someone is hiding within its walls. When Javi comes face-to-face with the mystery man, he embarks on an unexpected love story and finds himself embroiled in a murder mystery.

‘The Phantom of the Sauna’ is the debut feature of Luis Navarrete. Ambitious in its scope, the film draws obviously, and purposely, from the iconic ‘The Phantom of the Opera’. In this iteration though, the action is transposed from an opera house in Paris to a gay bathhouse in Madrid. Peppered with impressive original musical numbers, sung to varying degrees of success, the film is nothing if not inventive. It introduces its rag-tag bunch of oddball characters and pushes on like a storm in a teacup through to its climax, and there’s much to enjoy along the way. The film zips by at a lean 92 minutes and it never feels like it’s sagging, and there’s so much going on that its impossible to get bored.

Where ‘The Phantom of the Sauna’ falters is that it struggles to decide what tone it’s going for. Is this a light-hearted musical comedy or is it a deeper, darker mystery with comedy touches? Unfortunately, it doesn’t seem to know and that makes the viewing experience very uneven. A chorus of drag queens brings light relief throughout the film but the juxtaposition of all that colour and lightness, next to an undercooked murder plot just simply doesn’t really work.

The real shame about this is that the cast throw themselves into the material with absolute abandon. Antonia San Juan gives an unhinged performance as sauna owner Asun and Pablo Liñares is very entertaining as her over-eager son Darío. Martín Spínola, who also co-wrote the screenplay, is suitably mysterious as the ‘phantom’ of the piece and he’s certainly got the best singing voice of the cast. Nestor Goenaga does a decent enough job bringing wide-eyed naivety to his character but he falters in the more serious moments of the film.

‘The Phantom of the Sauna’ is a valiant first feature for Navarette but it doesn’t quite hit its mark the way it should have. The source material should have made this an easy homerun but sadly that isn’t the case. That’s not to say that the film isn’t enjoyable – it most certainly is. It just never elevates past entertaining and that’s the problem, and it feels like the setting of the bathhouse is under-used.