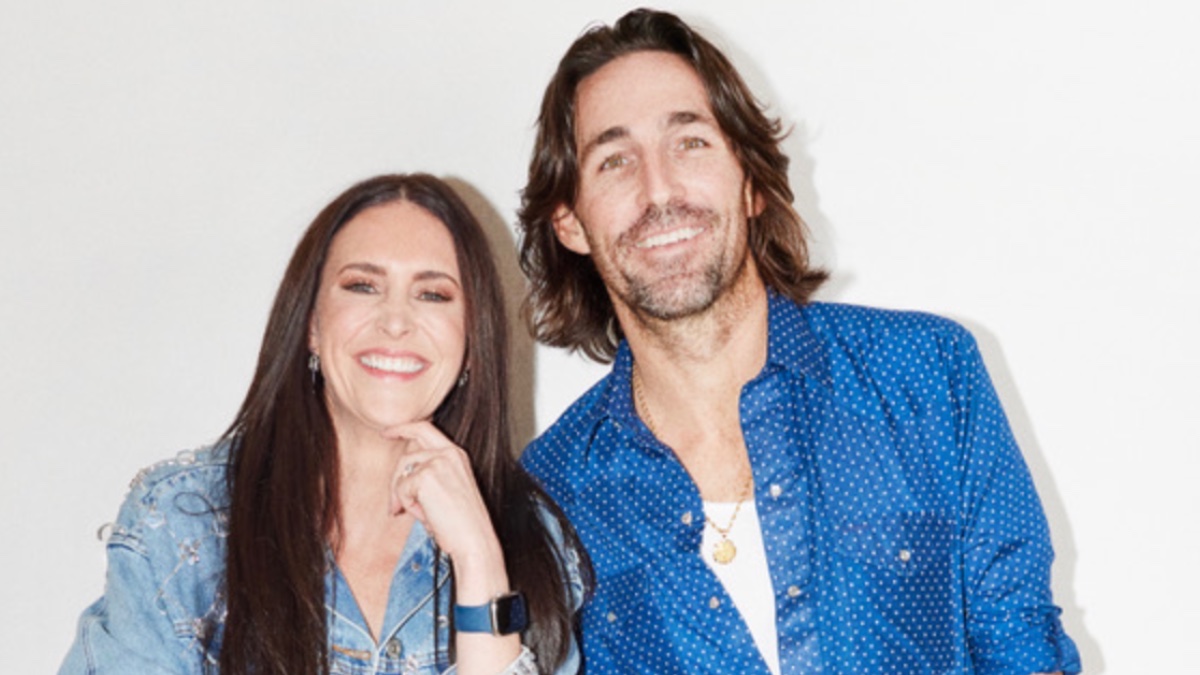 Jake Owen joins ‘Today’s Country Radio’ with Kelleigh Bannen and discusses insecurities around fitting in in Nashville despite huge commercial success, what excites him in the writing process, and how growing older has changed his perspective as an artist.

Tune in and listen to the episode in-full this Friday (November 25) at 11am PT / 1pm CT / 2pm ET or anytime on-demand at apple.co/_TodaysCountry.

Jake Owen on Being in His Greatest Season of Life

The reason that this season of my life is the greatest season that I’ve had is because I love music, and I love what I do. It’s my saving grace. I still walk out in the garage at night by myself with a guitar when Erica’s putting in Paris to sleep some nights. And I just sit there like the kid I was 20 years ago. And I just sit there and think, “What’s next? What might come out of my fingers or this guitar tonight that I’ve never said?” And because of life and because of life experiences, that’s why it’s exciting because when I was 24 I was making things up because I hadn’t lived it yet.

I’ll never forget I played the [Country Radio Seminar] New Faces show on the same night that Taylor Swift played. And I’m trying to think who else, like Bucky Covington and Taylor Swift and myself… This lady, Robin, she was on a news channel, news outlet, maybe FOX or something. And I remember when she introduced everyone else with all these musical accolades. And I’ll never forget that she was like, “And this next guy’s got the best smile and the best hair in country music.”… I was irritated by it. And I’ll never forget saying on stage that night, the first thing I said when I walked out there, I was like, “Well, actually, I have pretty good music too, and I really believe in myself. I’m more than just a pretty smile.”… I remember it offended her, but she offended me.

Looking back at it, again, now that I’m reeling myself in in life and learning about let’s just go frontal lobe here, that wasn’t the right thing to do. I mean, yeah, did I still believe that? Do I still believe that? Yes. Was the way I handled it the right way? No. And those are the things that why now in my seasons of life feel better because I was too ignorant and too confident to know the difference at the time. And I was so trying to prove to everyone that I was more than that, so stop introducing me as that.

Jake Owen on His Music Now Vs. When He Hit with “Barefoot Blue Jean Night”

When I finally hit with “Barefoot Blue Jean Night,” it was like I was the guy that made these fun times summer songs. And that’s kind of what have expected me through all these years. Whereas if you listen to my music now, a lot of my songs are more wholesome. Don’t get me wrong, I’m still the guy that loves and I’m still always looking for that side of me that’s exciting and fun and young. But I can’t lie to people either. The whole line of “We’re never going to grow up. We’re never going to slow down” in “Barefoot Blue Jean Night.” Well, we do.

I just have been struggling a lot lately with… Well, to be real with you, just part of, as an artist, feeling like, okay, I’m 40 now… 41 actually. I keep telling myself I’m 40… I remember being on tour with Kenny Chesney when he turned 40, and I was like, “He’s 40?!” And I remember thinking that. But he still crushed it all these years. But there’s a part of us that as we grow up as artists, you start putting a timeline… I never thought of myself as having a timeline. I never thought of myself as not the young guy in the format. But now I see all these young kids and I’m like, oh-… I’m not the young guy anymore.

I think a lot of that has made me just… My brain anyways is always going crazy. So I don’t sleep. I haven’t slept well in a long time. That’s what I’d come to find out after going to do the hospital and stuff. That’s my only issue is I literally do not sleep. And part of not sleeping makes my voice tired. And when the voice is tired, then I’m like, “Well how am I going to do this show?” It just compounds.

Jake Owen on Why He Shared His Recent Hospital Visit

I did share that because I think it’s important for people to know that we’re all out here as artists. I’m not talking about me, I’m talking about all of us. Because I think it’s important to know that everyone’s grinding to do this and be out there and support their band and support their families and not be not a good artist to their management and booking agents.

You’re trying to hold it all on your shoulders. It’s just an interesting thing. And what does it take? Does it take us dying on the road or somewhere not on the road? Because you’ve seen it with other artists in all genres. And then it’s like, oh, then everybody’s like, “Man, we should have checked in with him more, or we should have applauded them more at the time.” It’s sad.

In this article:Jake Owen, Kelleigh Bannen