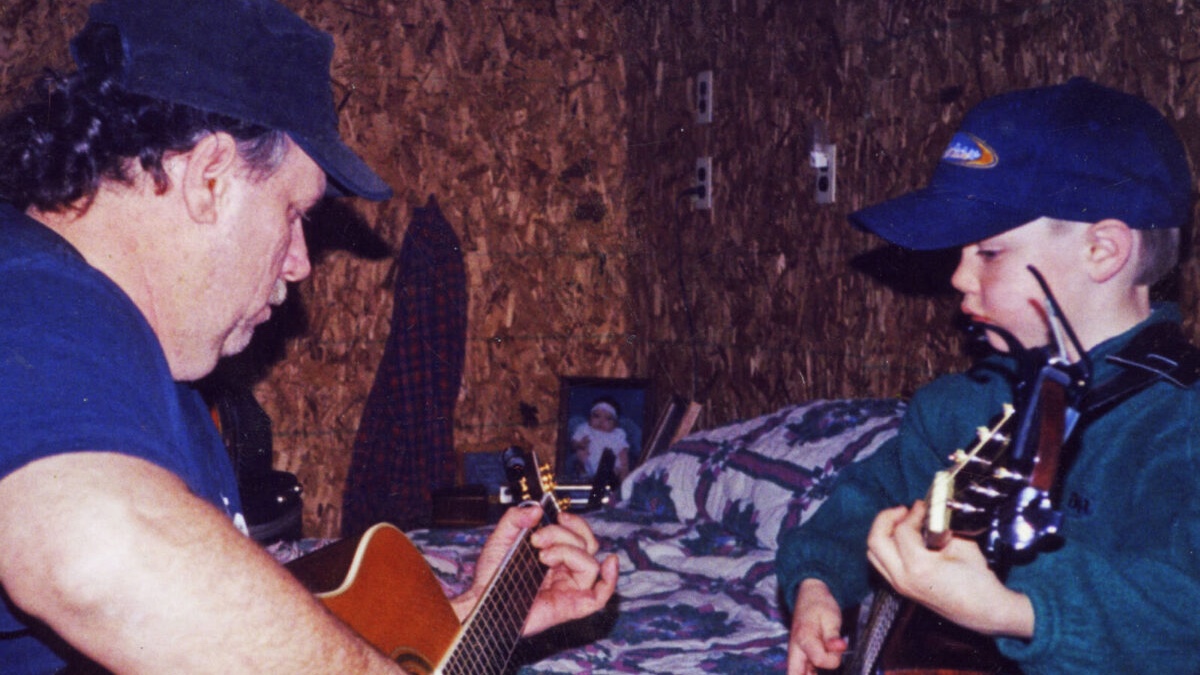 On a recent edition of my radio show, The Country Mile, I remarked how ‘Bluegrass music makes me happy’. It was during a show where the whole playlist was that style. While I do realise that not all Bluegrass songs are full of positivity, the sound overall usually is. And when you do get a happy song, it truly raises the spirits and puts a smile on my face.

I first came across Billy Strings [ aka William Lee Apostol ] with his second album, ‘Home’, in 2019. His debut, ‘Turmoil & Tinfoil’, had arrived two years previous. The cover artwork was full of colour and it was an instant curiosity that lured me in to see what was happening. Here was a young artist [ Billy is now thirty years old ], who was bringing Bluegrass to the masses like nobody else had done for a while, aside from Sturgill Simpson. Somehow, this was modern and exciting and different, while paying homage to the masters of the past. Sometimes, it all went a bit weird and he extended his songs like a jam tune. Otherwise, it was hard driving and direct.

That was followed in September 2021 with ‘Renewal’, which carried the baton onwards with more of the same, which in this case, was a very good thing. Now, as 2022 enters its final stretch, we welcome with open arms, his latest release, ‘Me and Dad’, alongside Terry Barber. This really is a labour of love and something he has wanted to do for a long time.

So, a little back story to this moment in time.

It did not start well for young William, with his father dying from an overdose when he was just two years old. His mother, Debra, then married Terry Barber, who was a local Bluegrass player and they all relocated to Kentucky. Billy regards Terry as Dad and this project has been on his bucket list forever, especially when they played together while he was growing up.

‘Me and Dad’ delivers fourteen classic tunes, no doubt chosen based on memories and experiences they have encountered along the way. When this release was announced, there was a ton of excitement to be found among his fan base; certainly I was rather keen to treat my ears! It is no real surprise that the duo have totally delivered the goods.

The opener on this record is ‘Long Journey Home’, originally recorded in 1936 by the pioneering Monroe Brothers, Charlie and Bill. That version rollocks along at breakneck speed, this time they hold the reins ever so slightly but its still a thrilling way to start. Please do take the time to watch the video, which is the base for the whole album.

Down the years, whenever Billy and Terry have played together, they have apparently often looked at each other to decide who will be taking the lead vocals. And this playlist is also shared out, with Terry taking the George Jones tune, ‘Life To Go’, his world weary vocals adding true authenticity to the sound. They also take a visit to the likes of ‘Way Downtown’ [ Doc Watson ], ‘Little Cabin On The Hill’ [ Lester Flatt and Bill Monroe ] while taking in lesser known tunes such as ‘John Deere Tractor’ and ‘Haven’t Seen Mary In Years’. You even get to hear his mother, Debra, on the closing ‘I Heard My Mother Weeping’, written originally by Carl Story and Lowell Blanchard, covered by the likes of Doc Watson.

I also must mention that they have collected a rather fine list of guest artists to assist their efforts, some of whom you may well know! Michael Cleveland adds some fiddle, Ron and Rob McCoury bring mandolin and banjo respectively and Mike Bub adds the double bass. Jerry Douglas and Jason Carter appear also. This helped to turn this collection into such a joy to listen to.

As I sit here and listen again to the songs, that happy feeling sweeps over me again. The instrumental ‘Pear Tree’, should bring a smile to anyone surely, one of those jigs that makes you want to get up and enjoy life! I feel a sense of contentment too, that Billy and Terry have been able to bring this long time idea to fruition, knowing what it means to both of them. At times like this, family can be everything. Surely tears must have been shed during the recording sessions between them, knowing they can share this pure joy with the world.

So, for any music lover, this should be an essential listen. I also hope that old time Bluegrass fans will continue to embrace Billy and his quest to keep this amazing music alive.

Bluegrass music makes me happy. Billy Strings and Terry Barber have made me happy. I trust they will make you happy too.