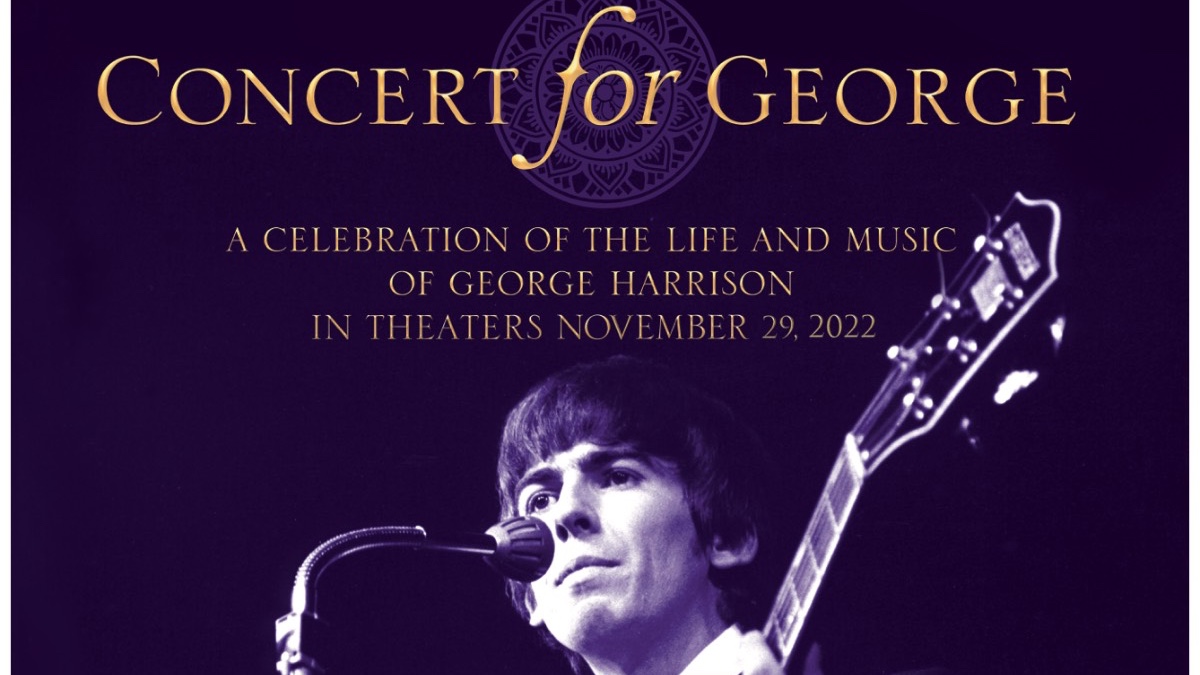 Abramorama, in association with Craft Recordings, announces a very special one-night-only screening of ‘Concert for George’, taking place on 29 November in selected cinemas across the world (click here for tickets and listings).

Coinciding with the 20th anniversary of the momentous 2002 concert, the theatrical event will celebrate the life and music of George Harrison. First released in 2003, the GRAMMY®-winning concert film features performances by Eric Clapton, Paul McCartney, Tom Petty, Ravi Shankar and Ringo Starr among many others.

Fans will now have the opportunity to re-experience the concert in immersive Dolby Atmos® Audio, newly remastered by GRAMMY-winning engineer Paul Hicks. The anniversary screenings will also feature a brand-new introduction by Olivia and Dhani Harrison.

Hicks also brought his artistry to the film’s accompanying Concert for George album, which is available in Dolby Atmos®, on digital platforms. Certified 8x Platinum by the RIAA, the acclaimed 27-track album can also be found in a variety of existing physical formats, including a 180-gram 4-LP box set, 2-CD/2-DVD and 2-CD/2-Blu-Ray packs, and a 2-CD package.

On 29th November 2001, the world lost one of its greatest musical talents, George Harrison. Rising to meteoric fame with the Beatles, the British artist wrote some of the 20th century’s most enduring hits, including “Here Comes the Sun,” “While My Guitar Gently Weeps” and “Something”. A deeply introspective being, Harrison wove his love of Indian culture into his work and was instrumental in introducing the country’s rich musical traditions to the West.

Following the breakup of the Beatles, the breadth of Harrison’s work grew exponentially, as he embarked on a highly successful solo career, releasing such universally beloved albums as All Things Must Pass (1970), Living in the Material World (1973) and Dark Horse (1974). In the late ’80s, meanwhile, Harrison found a new generation of fans with his No.1 hit “Got My Mind Set on You”, while he formed the popular supergroup Traveling Wilburys, alongside Roy Orbison, Bob Dylan, Tom Petty and Jeff Lynne. When Harrison lost his battle with cancer at the age of 58, he left behind an inimitable body of work and a hugely influential musical legacy.

In this article:Concert for George, George Harrison